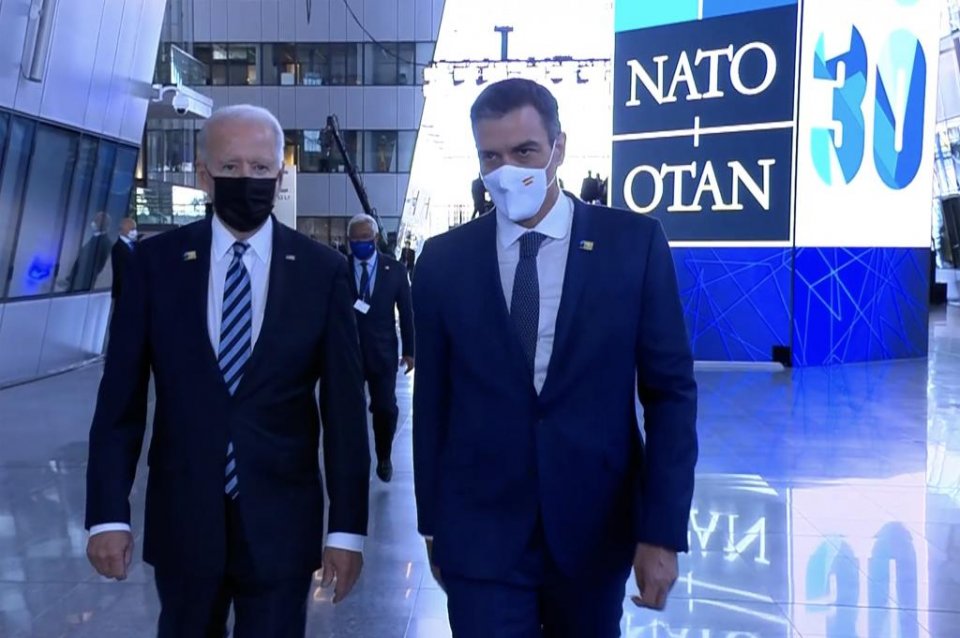 Spanish Prime Minister Pedro Sánchez managed a 30 second meeting with US President Joe Biden on Monday in the hallways of the NATO summit in Brussels, and which was subsequently ridiculed by the Spanish media. A longer meeting had been expected as previously suggested by Spanish government officials.

According to Moncloa [the office of the Spanish prime minister], the ‘brief conversation’ between Sánchez and Biden was held because the two leaders ‘did not know each other personally, wanted to greet each other and establish a first contact’.

Video footage was shared on social media of the two leaders walking through the main hall in Brussels where the NATO summit was being held, and which lasted just 30 seconds. Despite the short time, Moncloa claims that Sánchez and Biden spoke ‘of the situation in Latin America as a consequence of the pandemic, and of their concern about the migratory situation and forced displacement in Central America and Mexico’. Sánchez also ‘congratulated the American president for his “progressive agenda”, especially in the fight against climate change and on social policy issues – issues in which Sánchez stressed that both “progressive governments” have affinity. The leaders agreed to continue collaborating and working together.’

The full 30 seconds of the Sánchez-Biden meeting can be seen in this video from El Mundo newspaper:

Images were also released of Sánchez conversing with Biden and the Canadian Prime Minister, Justin Trudeau, believed to have been captured shortly before or after the NATO group leaders photo.

Earlier on Monday, Sánchez also held a more formal meeting with British Prime Minister Boris Johnson, the first encounter since the UK formally left the European Union back in January. Sánchez tweeted that the two leaders ‘discussed the need to further strengthen bilateral relations, enhancing areas such as security and defence, and to promote the agreement between Spain and the UK on Gibraltar‘.

Despite being ridiculed in the Spanish media for his fleeting meeting with Biden, Sánchez was proud to announce that Madrid will host the next NATO summit in 2022.

NATO Secretary General Jens Stoltenberg said that it would be ‘a great opportunity to mark the 40th anniversary of your [Spain’s] membership of NATO, and also a great opportunity for me and the other allies to thank Spain for being such a staunch and committed ally for 40 years’.