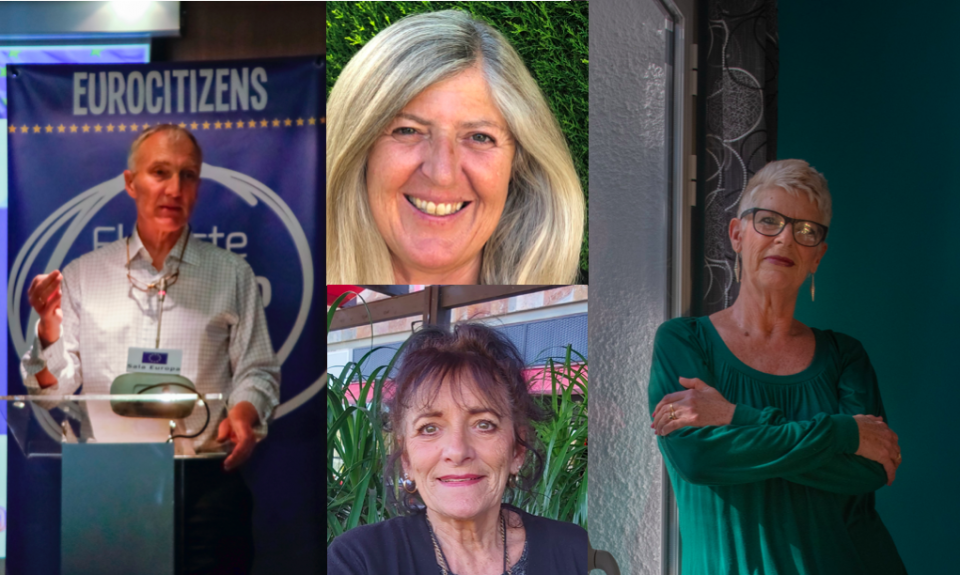 Sue Wilson, Michael Harris, Anne Hernández and Debbie Williams, who all run prominent citizens’ rights organisations in Spain, have been awarded MBEs for services to British nationals in Spain and the European Union, in the Queen’s Birthday Honours List published on Friday.

As Chair of Bremain in Spain, Sue Wilson is one of the most visible campaigners for the rights of UK nationals in the EU. When moving to Spain to retire over 10 years ago, she had no experience of advocacy, campaigning work or speaking in public. However, the result of the 2016 EU referendum affected her deeply and since then she has worked on the issue of UK nationals’ rights in various different ways.

Sue has lobbied UK and EU influencers and made great efforts to inform the UK government’s work on citizens’ rights, including appearing in front of the Select Committee for Exiting the EU.

Sue Wilson said: ‘It has been a labour of love – a tough one at times – but to have that work recognised and appreciated is a wonderful and unexpected surprise. I’m absolutely delighted!’

Michael Harris, based in Madrid, is the founder and vice president of EuroCitizens, set up in September 2016 to defend the rights of UK nationals in Spain. He has also created strong working relationships with UK nationals’ groups across Europe and been an integral part of the British in Europe coalition.

Anne Hernández, based in Andalusia, spearheaded the formation of Brexpats in Spain to inform UK nationals of their EU exit rights and responsibilities. She has championed key issues, supported UK nationals to access services, lobbied the Spanish local authorities for improvements, and supported the Embassy and Consulates to disseminate accurate information.

She said that receiving the award was ‘honestly overwhelming’. She added: ‘Steering one’s way through the maze of requirements and changes since Brexit hasn’t been easy for many and I am honoured that my help to them has been recognised in this way.’

A former member of the armed forces, Debbie Williams, based in the Valencia region, set up the grass roots organisation Brexpats – Hear Our Voice (BHOV) as a pan-European group a few days after the EU Referendum in June 2016. Moving from Belgium to Spain shortly afterwards, she continued her lobbying, engagement and awareness-raising efforts, considering the impact of the UK’s departure from the EU on both UK nationals in Europe and EU nationals in the UK. She said she was ‘surprised and humbled’ to receive the ward.

‘I am grateful for the recognition, but none of this would have been possible without the assistance of so many other wonderfully dedicated campaigners who, for the last five challenging years, have been volunteering on behalf of so many people, especially the vulnerable,’ she added.