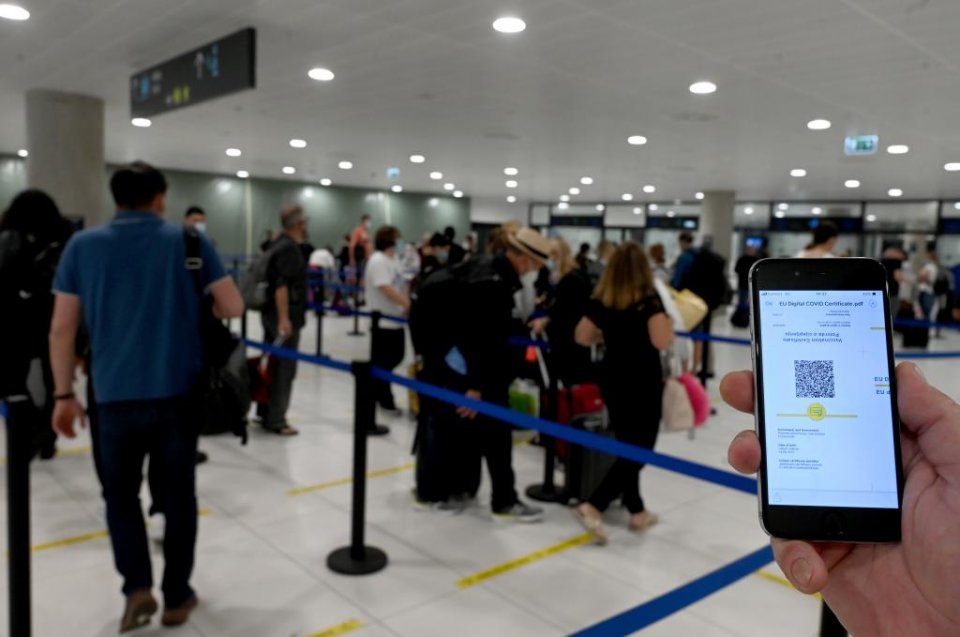 More than 12,700 people downloaded the new Covid certificate during the first 24 hours of its availability. The Valencia region was one of the first to offer the EU’s Digital Covid Certificate to those who have been fully vaccinated, have had Covid, or have a recent negative test result.

The certificates started to be available on Monday and by Tuesday 12,769 had been downloaded.
Valencia health minister, Ana Barceló, said: ‘The Covid Digital Certificate makes movement easier but is not essential for travel. Those who are waiting to have their vaccination and need or want to travel can continue to exercise their right of free movement within Europe, always making sure they comply with the tests and indications of the country they travel to.’

The certificates are free of charge, can be sent electronically or on paper and are ordered using the individual’s SIP card via the App GVA+Salud or the ministry website: http://coronavirus.san.gva.es/es/certificado-digital-ue

The vaccination programme has continued apace this week with those in their 40s starting to receive SMS messages with their appointment dates, as well as several large companies organising the vaccination of their employees.

Some 20 companies have joined the health department’s initiative to decentralise the vaccination process and from Tuesday began vaccinating staff. Mercadona has set up a vaccination point at its logistics centre in Riba-roja, while El Corte Inglés has set up two points, one in Hipercor and another in the Federico Soto centre in Alicante. Other companies include Ford Almussafes and EMT Valencia (Empresa Municpal de Transportes).

Meanwhile, the question around what to do with school staff and teachers under 60 rumbles on. Having been given the first dose of the AstraZeneca vaccine during the Easter holidays, the Spanish health department has since said this group, which also includes essential workers like police officers and firefighters under 60, should receive Pfizer for their second dose.

However, they have been given the option of completing their vaccination with AstraZeneca, although they have to opt out, accepting informed consent. Some 70% of essential workers have already done so and this week, as teachers began to receive their SMS messages asking if they wanted to opt out of Pfizer, the health department’s system had trouble coping with the numbers of teachers choosing that option. I personally fall into this group and am still deliberating which vaccine to have for my second dose.

The president of ANENVAC (Asociacion Nacional de Enfermería y Vacunas), José Antonio Forcada, has suggested that it would be ‘a good strategy’ to vaccinate 12 -15 year olds in their schools at the start of the new academic year in September.

Speaking to the news agency EFE, Forcada said it would be much easier to vaccinate large numbers by giving the jab to students collectively, rather than have them go individually to a health centre. The logistics would be much easier by sending nurses to the schools where students will already be all together and with parents being informed prior to the vaccinations and signing the necessary consent. ALSO READ: 12 to 17-year-olds could receive Covid jabs two weeks before new school year.

The first case in the Valencia region of the India, or Delta Variant as the World Health Organization now refers to it, has been detected in Elche.

According to Europa Press, the infected person had recently travelled to Madrid and is progressing well. Meanwhile the regional health department is carrying out exhaustive contact tracing to contain the virus.

In February, it was also in Elche that the first three cases of the British, or Alpha variant, were detected.

This week there have been a further 1,172 new cases of Coronavirus reported in the Valencia region, an increase on last week’s 938. There have been 1,036 all-clears, also up on last week’s 900. There have been four deaths reported, two of those occurring during the past seven days, with one from December 2020 and one from January this year. Hospital admissions have remained similar with 121 people in the region’s hospitals, as of Friday, compared to 110 last week, while 26 people needed intensive care treatment, slightly lower than last week’s 28.

The parents of the two children killed in Godella in March 2019 have this week been found guilty of their murder. Following the trial at Valencia’s Ciudad de la Justicia, the jury deliberated for two days before reaching the guilty verdict on Thursday. They considered that both parents, María Gombau and Gabriel Carvajal, were responsible for the injuries which lead to the children’s deaths on the night of 13-14 March 2019, and that both had been involved in burying the bodies.

During the trial, the horrific details of the deaths were brought to light. The team of forensic experts from the IMLV (Instituto de Medicina legal de Valencia), who carried out the post-mortem examinations, explained that the children had died from being hit ‘repeatedly’ and with ‘extreme violence’. They said that the boy, Amiel, aged just three-and-a-half, had died within about five minutes while the girl, Ixchel, who was just six months old had died instantaneously.

The jury found Carvajal guilty of the murders by a majority of 7 to 2, while they were unanimous in their guilty verdict of Gombau. In both cases they rejected the possibility of a suspended sentence or a pardon.

The prosecution has asked for a 50-year sentence for the father, 25 years for each murder, with a maximum of 40 years in prison, and the same sentence for the mother, but to be served in a psychiatric institution, due to her suffering from schizophrenia. The sentence will be passed by a judge.

A woman who spent 24 days in intensive care at Vinaròs Hospital during the third wave of the pandemic has given birth to a healthy baby boy, named Almas, the health department has announced.

The new mum, Fatima, thanked the team of health professionals at Vinaròs and especially the Gynaecology and Obstetrics and Intensive Care departments for their commitment and dedication in the care she received from the moment she tested positive for Coronavirus and her subsequent hospitalisation.

She was admitted to intensive care at a time when there was a high Coronavirus infection rate and her pregnancy needed special monitoring to avoid complications both for her and for the baby.