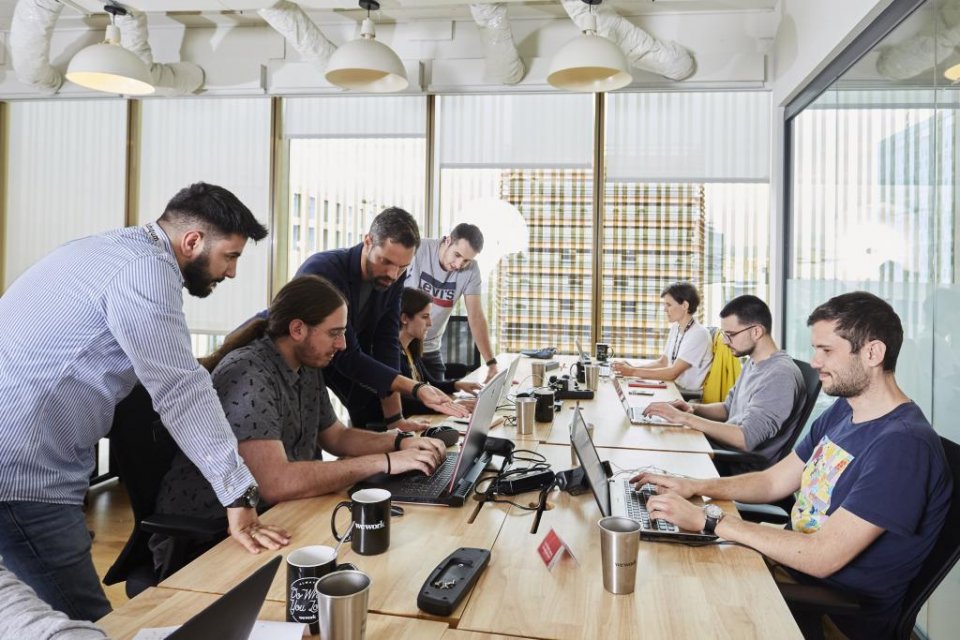 For quite a few years now, learning to code has been like understanding cryptocurrency and having the flair of influencers. It seems you can easily get ahead of the game if only you had the time to invest in these new skills.

Programmers are in high demand despite the pandemic, and job opportunities are becoming more diverse the more numerous they are. Almost everything relies on code these days. From the day-to-day, such as the website you’re reading now, to the extraordinary, such as drones, driverless cars, and the entire Internet of Things.

The job conditions aren’t too bad either. With so many tech companies online, there is often a home office approach. As long as you’ve got a half-decent laptop, you’re ready to go. Also, after a few years, you can expect to be earning well above the average salary, and there is plenty of room for growth.

Now, with things slowly getting back to ‘normal’, coding bootcamps such as Ubiqum Code Academy have recently announced they will be re-opening their physical campuses, giving you options to learn to code face-to-face, online, full time, or part time. There has never been a better time to make good on that New Year’s resolution and take the leap into a secure industry with a bright future.

Upskilling in the tech industry

Covid-19 came as a shock to many industries such as hospitality — once so secure in Spain — that suddenly collapsed in on themselves. According to the Spanish Institute for National Statistics (INE), 2020 saw a 78.5% drop in tourist euros coming into the country compared with 2019.

The uncertainty bred since March 2020 has driven workers from all backgrounds to upskill into a more secure career path by learning to code. However, the pandemic is just the tip of the iceberg when looking at all of the factors behind the steady migration to tech jobs.

Frequent Google Translate users will have noticed a marked improvement in its service over the past few years. This is purely due to the rapid improvement of natural language processing, which falls under the umbrella of artificial intelligence.

Automated translation is just one area where machines are fast approaching — and even exceeding — human ability. Translators, along with long-haul truckers, customer service agents, and delivery drivers are likely to go the way of the dodo quite soon.

Aware of their own fate, workers in these industries are constantly on the lookout for more future-proof options. Ironically, this can result in them becoming one of the programmers behind the demise of their former industries.

As a result of the necessity, there has been an influx of scholarship programs aimed at helping people take the leap from one industry to another. Many of these are through government programs, but the private sector has also played its part in reskilling residents in Spain.

Santander Universities, the educational arm of the banking giant, has recognised the benefits of learning to code and has provided 50 full scholarships to Ubiqum’s Data Analysis and Machine Learning bootcamp. The bootcamp itself is designed for people with no prior coding experience, and the Coding Academy’s main aim is to get all of its students into employment after a 20-week course.

Learning to code as an intrapreneur

With the impact of the digital revolution, programmers have become more mainstream and business leaders have realised that technical knowledge can be just as important as financial.

This has opened up the possibilities for those learning to code. As more things need to be programmed, more jobs require knowledge of coding languages as part of a job that historically may not have been associated with technical skills. So while a lot of bootcamp students are aiming for a 180-degree change in their career, a growing number are looking to use tech skills to advance in their current role.

As a result, coding schools and business schools, for example Ubiqum and Geneva Business School, have begun collaborating to give their students a rounded education that prepares them for future work.

One of the less obvious benefits of coding and business schools working together is that they demystify two worlds that often don’t see eye-to-eye. With both areas seeing the world in starkly different ways, there is often a breakdown in communication. Being equipped with both skillsets means techies can decode a CEO’s needs and business leaders can communicate to a tech-savvy audience — both internally and externally.

Spain: a country with a strong tech start-up history

As a country, Spain is a great starting point for people learning to code. Over the past decade, Barcelona and Madrid have emerged as two of Europe’s top cities for tech and start-ups. Events such as the Mobile World Congress and South Summit encapsulate the spirit of a country that saw more than €1 billion invested in startups in 2019.

Although inevitably slowing during the pandemic, the upward trend of start-ups being created in Spain’s two biggest cities has continued, with some blossoming even through the quarantine. This thriving start-up environment creates a training ground for new programmers to hone their coding skills.

Learning to code is trending now, and for good reason. So, if you’re looking for a future as a web developer or a data analyst, take a look at coding academies in Spain such as Ubiqum. Although programming courses demand a lot in terms of effort, the result is a step into a future-proof career with excellent growth possibilities.

This is a Spotlight feature in collaboration with Ubiqum and Geneva Business School.