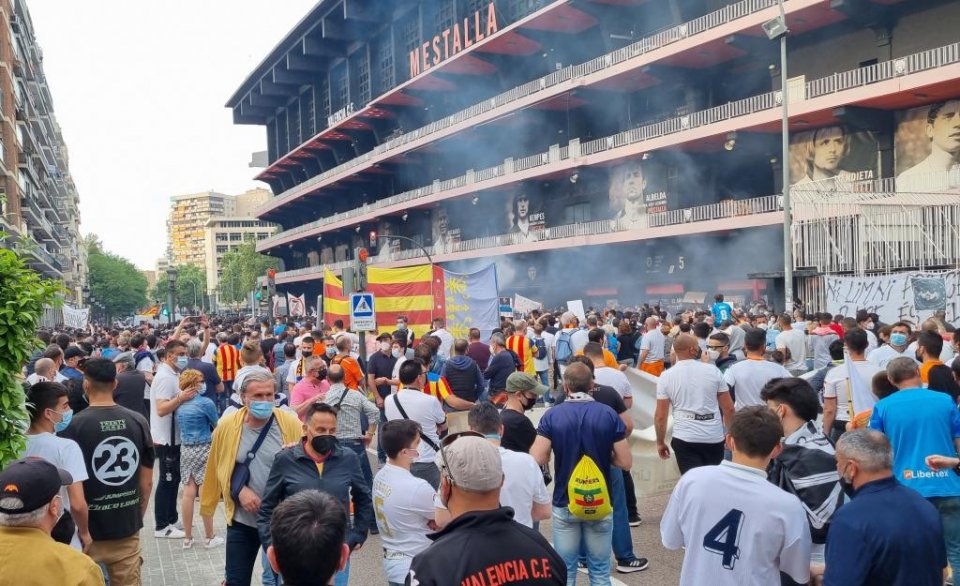 Changes to restrictions as State of Alarm ends

The State of Alarm that has been in place since 25 October 2020, was lifted on Sunday and with it have come changes to what we are allowed to do. The main changes are that the regional border closure has been lifted, the nighttime curfew is now from midnight until 6am, and social gatherings are now permitted up to a maximum of 10 people, both indoor and outdoor, in public and private settings.

Bars, restaurants and cafés are allowed 50% capacity inside, as long as they comply with strict Covid rules on hygiene and ventilation, and 100% capacity on outdoor terraces. Establishments must be closed by 11.30pm and there can be a maximum of 10 people per table. All food and drink must be served sitting down.

The changes were announced by Valencian president Ximo Puig, following the regional government’s interdepartmental meeting and they will be in place, in theory, until 24 May.

Puig said we were moving into a new stage of overcoming the pandemic with a period of ‘progressive re-opening which, thanks to the vaccine, means we will be moving forward’.

Ships with links to India quarantined in Valencia’s Port

Two ships are anchored in the port of Valencia following outbreaks of Coronavirus among crew members.

The container ships are the Skiathos 1, of the French shipping company Marfret, with a Maltese flag, and the Maesrk Utah, with a Singapurean flag. Between the two ships there are 13 cases of Covid-19.

The main concern about the ships is their links with India and the possibility that the crew may be carrying the Indian Coronavirus variant. But as yet this is unconfirmed.

The crew of the Skiathos 1 is of Hindu origin, while the Maersk covers the route between India and different points of the Mediterranean.

The Valencian health department is investigating to discover if any of the cases are from the Indian variant of Coronavirus, but have said the results could take some days.

As the UK begins to allow travel to some popular holiday destinations like Portugal and the Canary Islands, Benidorm is asking to be put in the same category. Under the UK’s traffic light system countries are categorised according to their rates of Covid-19 infection and would-be holidaymakers will have to quarantine or not on return from certain destinations. So-called ‘green’ destinations would be the easiest for tourists as no quarantining would be required on their return to the UK. The UK is currently advising against all but essential travel to Spain, including the Balearic Islands but excluding the Canary Islands, based on the current assessment of Covid-19 risks.

Benidorm mayor Toni Peréz, has demanded that his city be included on the green list, given that Benidorm has a lower Coronavirus incidence than Portugal and the Canary Islands. In Benidorm the 14-day accumulated incidence per 100,000 inhabitants is 40.99 cases, while Portugal is 58.9, and the Canaries is 98.

For Pérez the situation is incomprehensible, and he has asked to personally inform the British ambassador about the reality of the tourism destination of Benidorm, where the British tourists account for 40% of the market.

He said that ‘Benidorm continues to be a reference for happiness among the British’ and highlighted the work that had been done by the tourism establishments ‘to receive visitors in the best and safest conditions’.

For his part, Alicante’s provincial government leader, Carlos Mazón, reiterated Pérez’s messages and he called on Valencian president Ximo Puig to defend the interests of the region and press the Spanish Prime Minister Pedro Sánchez to include the Costa Blanca when discussing tourism corridors with the UK. Mazón said: ‘The inaction of the Puig government is generating discontent among the professionals of the tourism sector in the province who this year have done their work optimizing anti-Covid protocols and implementing new measures to offer tourists a safe destination.’

No deaths recorded in past seven days

It appears that from the start of the pandemic the figures relating to deaths from Coronavirus released each day by the health department have not been correct. To be more precise, there has been a certain delay in the numbers published. The health department has been recording the numbers of deceased on the day they were reported to them, regardless of when the deaths occurred. As such the daily reports have not been a true reflection of the current daily situation.

However, this week in their daily reports, the health department have begun to publish a breakdown showing the month when the deaths occurred.

As an example, according to the daily reports published, on the 19 January there were 98 deaths, however, according to the updated figures, on this day there were in fact 119, the first time the total surpassed 100 deaths. It was also incidentally the day when Valencian president Ximo Puig announced tougher measures like shutting down the hospitality industry.

On the other hand, 2 February was the first day more than 100 deaths were announced, 106 to be precise, but on this day there were in fact only 81 deaths.

Likewise, looking at the total number of deaths that occurred in January, it was 1,814 according to daily updates, but the situation was in fact far worse, 33% worse as the updated total so far is 2,425, or in other words, 611 more deaths. On the other hand, during February more deaths were reported than in January, 1,894, but the true number is 1,346 so far, 548 fewer.

Following a record-breaking week of vaccinations, more than 2 million doses have now been administered in the Valencia region.

On Wednesday the health department announced that next week all over 70s will have received at least a first dose of the vaccine. They also said that from 17 May they will begin to vaccinate those in the 55 to 59 age range and that they have some 100,000 doses set aside for this group.

The list of who is being called for vaccination and when is updated each week and can be checked here: http://coronavirus.san.gva.es/es/web/vacunacion/vacunas-por-grupos-de-edad

As we have also reported on previous occasions, to check your details are correct follow this link: http://coronavirus.san.gva.es/es/web/vacunacion/datos-contacto

For any other queries there is also a freephone number to call where specially trained staff will answer questions: 900 300 555.

The streets of Spain’s third city were filled with disgruntled football fans yesterday demanding that the owner leave the club.

An estimated 6,000 supporters came out in protest, many carrying placards reading messages like ‘Lim Go home’ and ‘A football club is not a business’. The atmosphere was both civil but determined, as they gathered in Plaza Zaragoza at 6.30pm and walked to the club’s Mestalla stadium where their demands were read out. In typical Valencian style, along the way, petardos (fire crackers) were thrown and orange smoke was released.

Fans of all ages and all walks of life were united in their desire to oust the current owner, Singapurean Peter Lim, who they blame for the club’s cataclysmic decline since he took over in 2014. They blame him for selling off the best players, not replacing them and drowning the club in debt. Valencia CF, which once competed with the likes of Barça and Real Madrid, are now fighting to keep out of the relegation zone.

Coronavirus in Spain figures (7 May) – incidence rate drops below 200