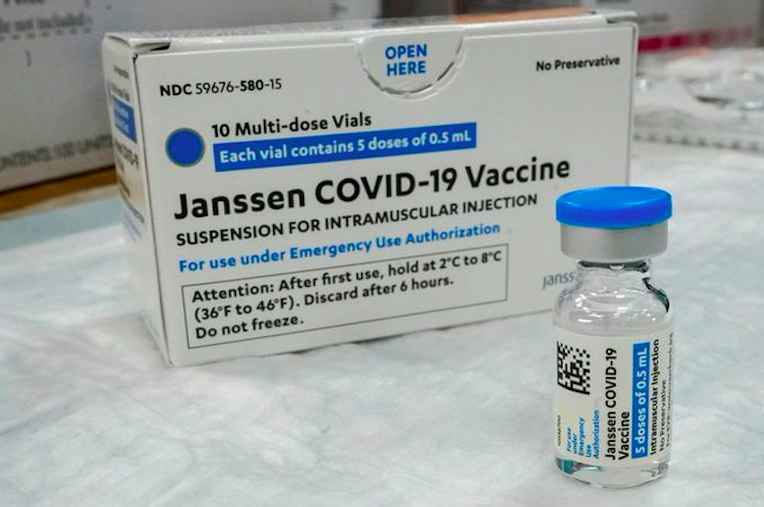 Report updated at 16h in Spain on 13 April

Johnson & Johnson have announced they are going to now ‘proactively delay’ the rollout of their one-shot Covid-19 vaccine in Europe. It follows the USA regulators’ recommendation to pause its use because of possible links to rare blood clots.

In a joint statement on Tuesday, the Centers for Disease Control and Prevention and the Food and Drug Administration in the USA said they were investigating blood clots in six women that occurred in the days after vaccination with Janssen doses. The clots were observed along with reduced platelet counts — making the usual treatment for blood clots, the blood thinner heparin, potentially ‘dangerous’.

More than 6.8 million doses of the J&J vaccine have been administered in the USA, the vast majority with no or mild side effects.

Spain will prioritise citizens aged between 70 and 79 for jabs against Covid-19 with Johnson & Johnson’s one-dose Janssen vaccine, and which should start arriving on Wednesday, the Spanish Health Minister Carolina Darias has said.

Spain will receive a first delivery of 300,000 doses of the vaccine on Wednesday morning, Darias told reporters at Gran Canaria airport, after a visit to the Spanish Canary Islands.

Johnson & Johnson began delivering its vaccine to EU countries on Monday, after delays due to production issues, European Union officials and the company said.

With most nursing home residents and front-line medical staff in Spain now fully vaccinated, and 90% of people over 80 years old having received a first shot, the 70-79 age group is the next priority.

Following a slow start to its vaccination campaign, Spain is betting on a surge of deliveries in the second quarter to meet its target of inoculating half the population by July.

Speaking at a press conference last Tuesday, Prime Minister Pedro Sánchez said that his government expects 25 million citizens to be fully vaccinated against Covid-19 by late July, whilst still confirming the end-August target of inoculating 70% of the population.

‘The pace of vaccination will accelerate in April and then each month we will improve the vaccination pace from the previous month,’ the prime minister said.

Between April and September the government expects 87 million vaccine doses, while deliveries in the second quarter are expected to be 3.5 times what the country received in January through March.

The return of bleak weekends to Sitges