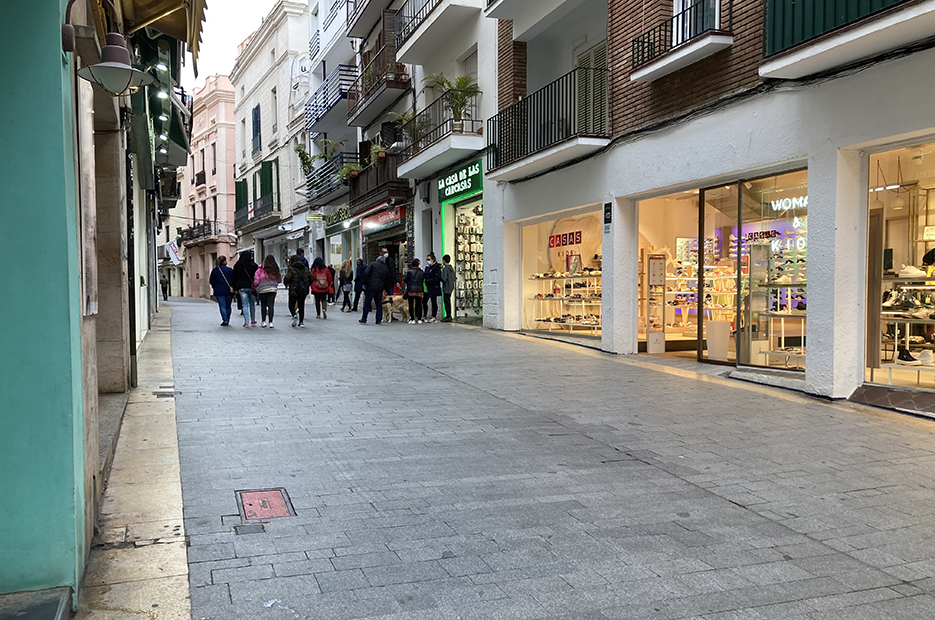 After three weekends of visitors, activity and employment, over this last weekend Sitges returned to the sad reality experienced during the months of last winter.

With no visitors from outside the comarca (county) allowed, most local businesses saw little or no activity. It served as a harsh reminder that the battle against Coronavirus is still on-going, and that the Catalan government continues to make disconcerting decisions.

The return of perimeter confinement has, once again, punished the local economy – which is hugely dependent on tourism and local visitors.

On Saturday and Sunday, most restaurants were half-empty – occupied only by customers from Sitges and the surrounding area, as well a few people who chose to ignore the travel restrictions.

It is a stark image in comparison to the previous few weeks, especially on Easter Sunday, when local establishments were packed. In addition to this, the prevailing bad weather also resulted in less activity.

Local restaurants and hotels reported the cancellation of reservations as of last Thursday and Friday – when the government announced the re-introduction of the perimeter confinement.

The situation for the hotel industry has been especially critical during the weekend. Some of the largest establishments have reported occupancy as low as just five rooms, with the scenario presenting inevitable losses – with a drop in occupancy from 90% last week to 5% this week.

Several hotels have said that they will consider closing again if the county confinement – initially scheduled until 19 April – is extended.

The negative impact of the perimeter restrictions has also been visible in the commercial sector, which has gone from experiencing pre-pandemic levels of revenue, to experiencing one of its most difficult times in recent months.

In addition to being a gruelling time financially, the situation is also paradoxical, as Sitges has recently fared well in terms of epidemiological data.

The president of the Hospitality Guild, Oskar Stöber, has accused the Catalan government of rushing its decision to re-introduce confinement measures, stating that ‘the indicators continue to fall. If the government had waited until Friday, as it had announced, to study consolidated data – would it have come to the same decision?’