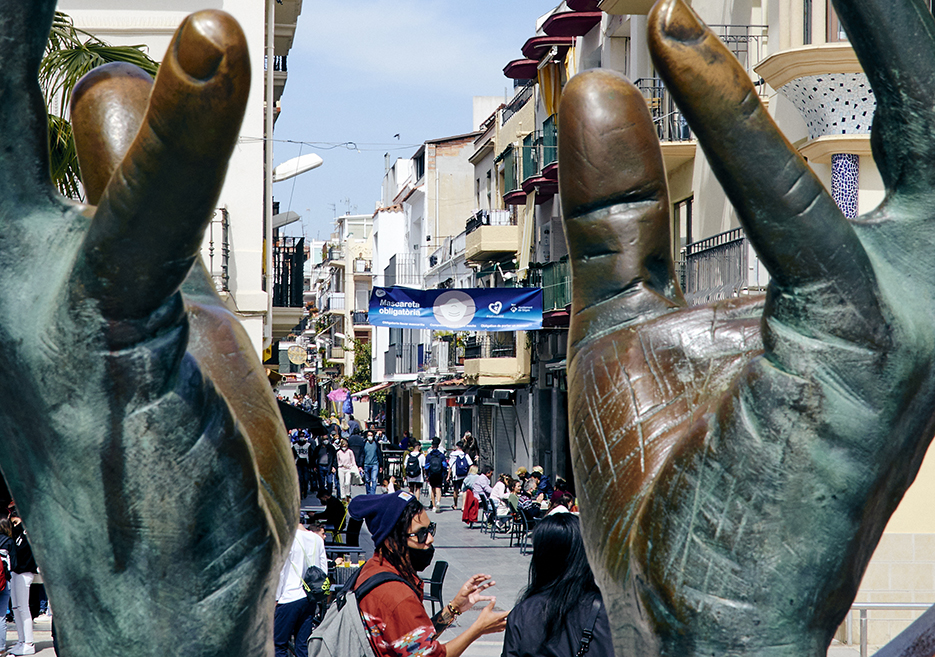 As reported at the start of April, a total of five music bars in Sitges – located on Carrer del Primer de Maig – are being considered as part of an unprecedented test in Europe during the on-going Covid-19 pandemic.

Promoted by the Association of Bars Carrer del Pecat, the pilot plan involves opening up nightlife in a controlled environment, and is pending the approval of the Catalan government.

The proposal consists of opening the five bars and allowing access for up to 440 people. Although face masks will be compulsory (except for when drinking, obviously), social distancing measures will not be observed in the establishments.

On Monday, the Catalan Interior Minister Miquel Samper confirmed the government’s willingness to carry out the initiative and hinted to journalists that the proposal will be approved. The Catalan Secretary of Public Health, Josep Maria Argimon, also expressed a positive outlook regarding the plan last week.

Initially, the promoters behind the pilot test had planned to carry out the test this coming Saturday 17 April, or the previous one (10 April). However, the delay on part of the Catalan government in accepting the proposal for review has pushed the date back. It is now thought that Saturday 24 April or 1 May could be the likely dates for the test.

This week a meeting has been scheduled between the Catalan Department of Health and the promoters of the initiative.

In addition to the Association of Bars Carrer del Pecat, the plan also involves Sitges Town Council – who will finance the initiative – the Catalan Federation of Nightlife Venues (FECALON), and representatives of micro, small and medium-sized companies in Catalonia (PIMEC).

Before participating in the test, citizens will be obliged to undergo an antigen test. If the result of the test is positive, they will not be permitted access to the bars partaking in the trial.

All participants will be registered in advance, and a PCR test must then be carried out days later in order to measure the results of the nightlife experiment.

The initiative is inspired by the trials carried out last December at the Apolo hall in Barcelona (with 500 attendees) and three weeks ago at the Love of Lesbian concert at the Palau Sant Jordi in Barcelona – in which 5,000 people attended.

Those involved in the nightlife sector hope to defend their activity – one of the most affected by the Covid crisis – by proving it safe with this pilot test in Sitges.

On Monday, the president of the Association of Bars Carrer del Pecat, Damià Orts, was interviewed on the television programmes Todo es mentira (Cuatro), and Tot es mou (TV3), where he denounced the manner by which administrations have abandoned the nightlife sector since the start of the pandemic.

Orts expressed his gratitude towards Sitges Town Council for their support of the proposed initiative, and added that his intention is ‘to create a legal party, because we want to show that safe nightlife is possible’.

The president of the Association of Bars Carrer del Pecat also demanded a specific plan for the nightlife sector – with the aim of receiving real aid to combat the ongoing difficulties these establishments are facing due to the pandemic.

Coronavirus in Spain (13 Apr) – rate drops, but no figures from Andalusia