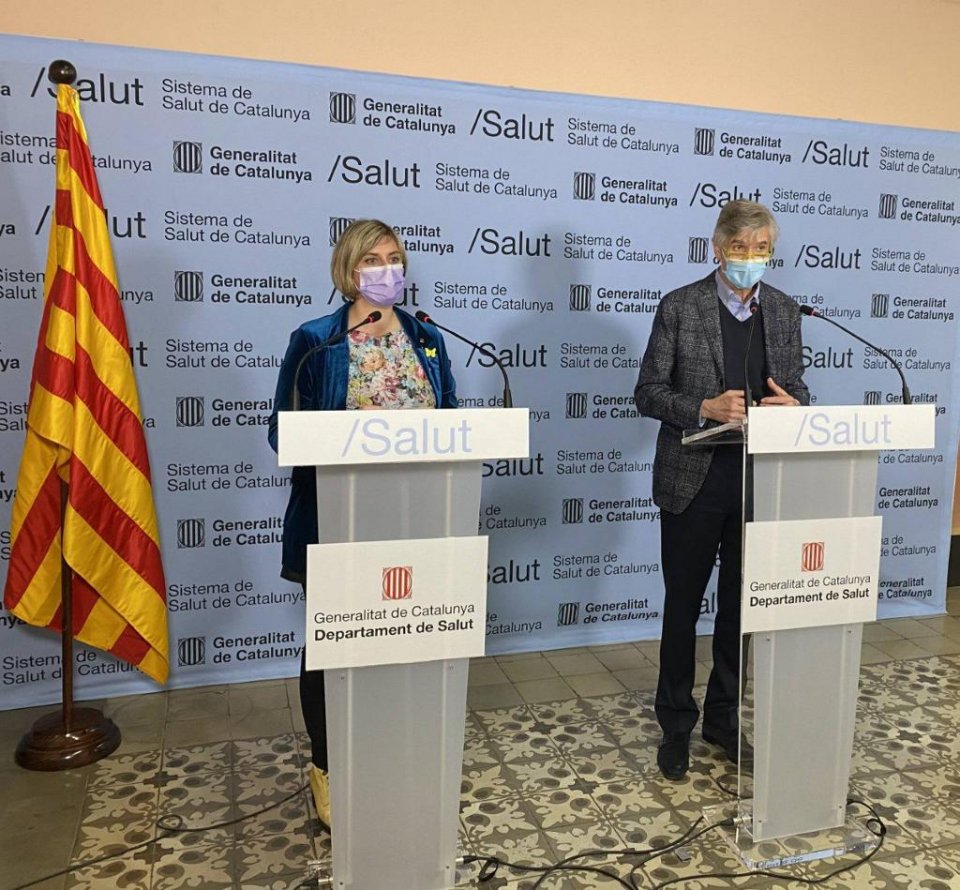 Alba Vergés, regional minister for health in Catalonia, and Josep Maria Argimon, the Catalan secretary of public health, have demanded that Spain reconsiders its position on the Astra Zeneca vaccine – and allow the drug to be administered to people over 55 years of age, and at least up to the age of 65.

Spain’s health minister, Carolina Darias, announced in early February that the AstraZeneca vaccine will only be administered to citizens aged between 18 and 55. It followed a number of other EU states deciding to also restrict its use on more elderly citizens, citing lack of sufficient data about its effectiveness in older people.

Vergés and Argimon, however, maintain that the central health ministry’s position has greatly complicated the vaccination strategy of inoculating groups according to priority. In an article written by them and published in La Vanguardia newspaper, Vergés and Argimon state that, ‘the health of our citizens is at stake. Either they [the central Health Ministry] make a move or we will’.

They insist that the Spanish government must ‘do its job, which is to ensure there are enough doses to vaccinate the greatest number of people possible’.

As per the government’s guidelines, instead of administering the AstraZeneca vaccine to over 55s, Catalonia began administering it to essential workers under the age of 55 a month ago, prioritising those who have not had Covid-19 in the past 6 months.

However, the Catalan health officials claim that with a shortage of vaccine doses and an insufficient number of Pfizer-BioNTech jabs, older citizens – who are higher on the vaccination priority list – are being inoculated at a slower rate than the younger population.

On Wednesday, Catalan health officials insisted that the AstraZeneca supply should be used to vaccinate those over 55 – thus helping rectify the delay in vaccine rollout and supply issues.

They argue that when the AstraZeneca vaccine began to be distributed throughout Europe, studies on the protection offered by the jab were not conclusive for those only over the age of 65 – and that in Catalonia, they had originally asked for the limit to be up to 65 years of age. They say that the vaccination should now be considered safe for those over the age of 55 (at least until the age of 65) and insist that Spain should follow other European countries that have recently lifted the ban on administering the vaccine to the elderly.

It was also highlighted that the World Health Organization (WHO) now also recommends the AstraZeneca vaccine for those over 65, and in the case of vaccine shortages, countries should not be fearful in administering the vaccine to the elderly.

Argimon stated that ‘it is a good time to continue insisting that the [Spanish Health Ministry] define and share the evidence that justifies not being able to vaccinate people over 55 years of age with the AstraZeneca vaccine’.

He explained that the majority of people currently in the ICUs are people between 55 and 75 years old. Whereas a 35-year-old person with Covid-19 has a probability of admission of 0.2%, the risk is 3.4% in the age group from 55 to 64 years. ‘We are talking about avoiding deaths and, therefore, it does not make any sense that we limit a vaccine that is highly effective,’ Argimon said.

Further to this, the Catalan public health secretary opened the debate on whether second jabs should be delayed in order to advance vaccination coverage of the whole population. ‘A delay in the second dose to non-risk groups must be proposed at the European level in order to expand the level of vaccination coverage of the population,’ said Argimon.

He said that, ‘It is necessary to assess whether to apply the British strategy, that is, to maximise collective vaccination with a high-efficacy dose or to continue to do individual protection with two doses.’

However, Argimon also warned that this should not become a political debate, but a scientific one, and that the strategy ‘must go beyond Catalonia and Spain.’

Spain’s tourism minister: vaccine passports could start in May