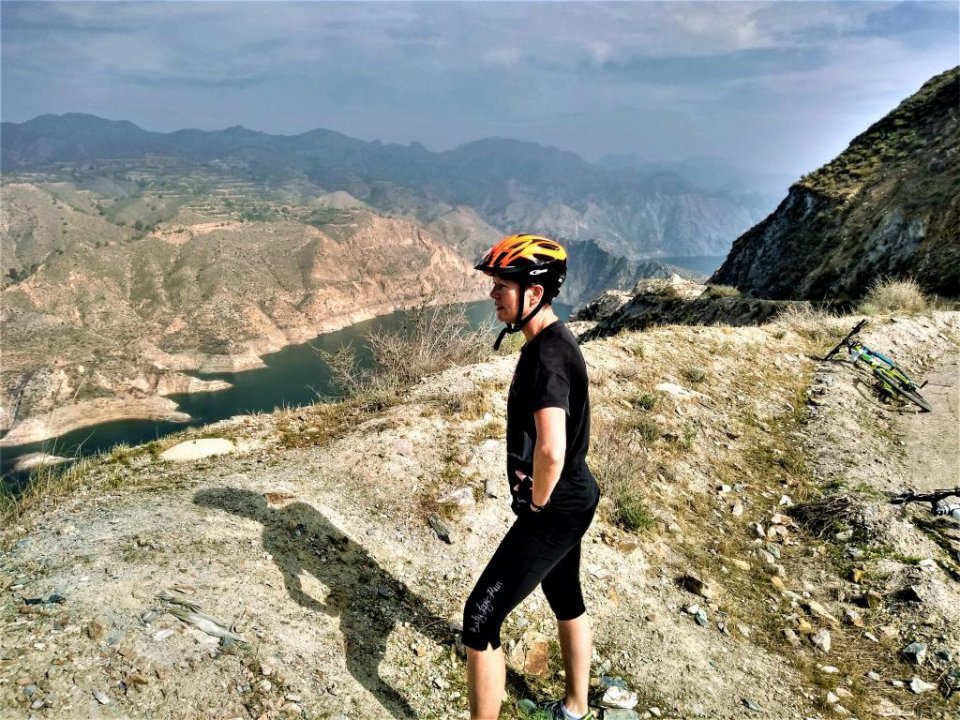 We all awaited the arrival of 2021 with bated breath. The year that would make up for what we had endured over the previous eleven months. Good riddance to 2020, we said, convincing ourselves that Coronavirus was listening and understood that it was not welcome into our shiny new year.

I, too, had high hopes. After a year spent in rural Tarragona, Catalonia, last December I returned to southern Andalusia, where I had moved to from Ireland in 2019.

I started this year with a Netflix-detox, which took a week, some great literature, and much of my resilience. I used some of the time I won back to devote to improving my Spanish. But now that I have a chatty flatmate, Josepe, my language app has mostly become redundant. Josepe is originally from Bilbao but he moved here last year for the warmer climate. He was schooled during the Franco regime, when their native language was severely suppressed; it was even illegal to register new-born babies under Basque names, and tombstones engravings in Basque were removed. Thankfully, Western Europe’s only remaining Pre-Indo-European language survived Franco and thrives today.

Ryanair fuelled our sky-high hopes for 2021 with their ‘Jab & Go’ campaign. Normal life, but better – because now we actually deserved the holidays and treats. And some of us could even afford them after months of cancellations and depravation and, for those who didn’t lose their jobs, forced saving.

‘Bring it on!’ we shouted. Temporarily forgetting that the year would start in winter and the darkness that January brings. We forgot that the months following the country’s opening up for the holiday season would bring with it a throbbing Covid-hangover. Infection rates are back to an alarmingly high level and the country has shut back down. It reminds me of the years following the global economic crisis: lockdown is the new austerity.

We learned that ten months was a miraculously short time to create a vaccine. Now we’re realising that it was just the start of the waiting game. With 7.8 billion people in the world, I won’t be booking any Ryanair flights for a long time.

Yet everything feels worse now than during the initial lockdown when there were lots of Loving Lockdown hashtags, GIFs, and ‘We’re all in this together’. We rolled in and clapped, we cocooned and binge-watched. And then people reached the end of Netflix – something they thought could never happen. But no one dared ask, ‘Can things get any worse?’ Complaining feels like a waste of energy. And in winter, everyone needs all the reserves that they can muster.

I had planned a dry January. I never drink alone so it was easy to abstain until, that is, I made a few Swedish poker-playing friends. Many a fun evening was spent drinking fine wine while they taught me to play. All in the spirit of acquiring new life-skills while in lockdown, of course.

Six months into this pandemic, it struck me just how privileged people like me are. Being born prosperous West, and as an Irish person living in Spain, I have full and free access to a world-class health service, whether I choose to stay here or move back to Ireland. For most people I know, their worries are more often about coping with restrictions than about staying alive. And I’m grateful for that.

But I can’t help thinking that the majority of the world’s population doesn’t have the luxury of worrying about this virus because they’re busy trying to keep a roof over their family’s heads and food on the table.

For nearly a year there has been a lot of talk about living in bubbles, and I am reminded of the 1976 movie, The Boy in the Plastic Bubble. It’s about an American boy called Tod, who was born with a deficient immune system and has to live behind a wall of plastic, where everything inside is sterilized.

The only memory I had from the film was of Tod as a teenager deciding whether to spend the rest of his life waiting for a cure or for his system to develop adequate immunity. Or whether to leave his hermetically sealed room and to forever risk catching a cold or the flu, from which he could easily die.

The dilemma that he faced has stayed with me throughout my life and I always wondered what happened to him afterwards. And I wonder still what I would have done if I were in his place.

This pandemic has brought home to me the fact that many sick and vulnerable people in every society have always faced a predicament similar to the boy in the bubble – whether to exist safely, or to live with serious risk.

I follow the online life of a young father who has a terminal illness. His current dilemma is whether to try more chemotherapy and isolate from everyone again, including his three-year-old son. The reward? Up to twelve months of heavily restricted life while often feeling unwell. The alternative? To opt out of treatment and opt in to living every day as much as his body and Covid will allow, for as many months as he can hope for.

So, am I surviving the pandemic? Yes. Does it affect my life? It’s inconvenient and restrictive, and it sometimes makes me anxious. And I feel a tsunami of guilt for even saying that when I think of the missed hospital appointments that would have prevented future cancers. Or of the elderly, and those with health conditions, or terminal illnesses. And of their carers and loved ones. The everyday epitome of life between a rock and a hard place.

I do sometimes worry about my nine siblings in Ireland and the USA, and of their children, two of whom had their own babies in 2020. But I know that we’re also in the fortunate minority who get to complain about boredom, running out of good Netflix series, and missing the craic in pubs.

Where I live in southern Andalusia, we can still travel within our municipality. For me, that means a 34 km radius with the added bonus that we’re on the coast and surrounded by mountains, so it’s a cyclist’s or walker’s dream. So, when I’m not reading or writing, I revel in the relative freedom of an outing in the sun. Most businesses are closed and there are restrictions on how far we can travel, but it was always more about the journey than the destination for me.

Half the week is spent seeking out new routes while spotting wildlife and getting vitamin D at the same time. My friend Parviz and I regularly clock up 70 km in a day. The going can be so tough off-road (I am, after all, 51, and not 15) that I sometimes want to give in, until I think about those who would die for the luxury of what I’m lucky enough to call my New Normal.

Also read: An invitation to join us on Spain in English during 2021

Valencia extends all restrictions until 1 March