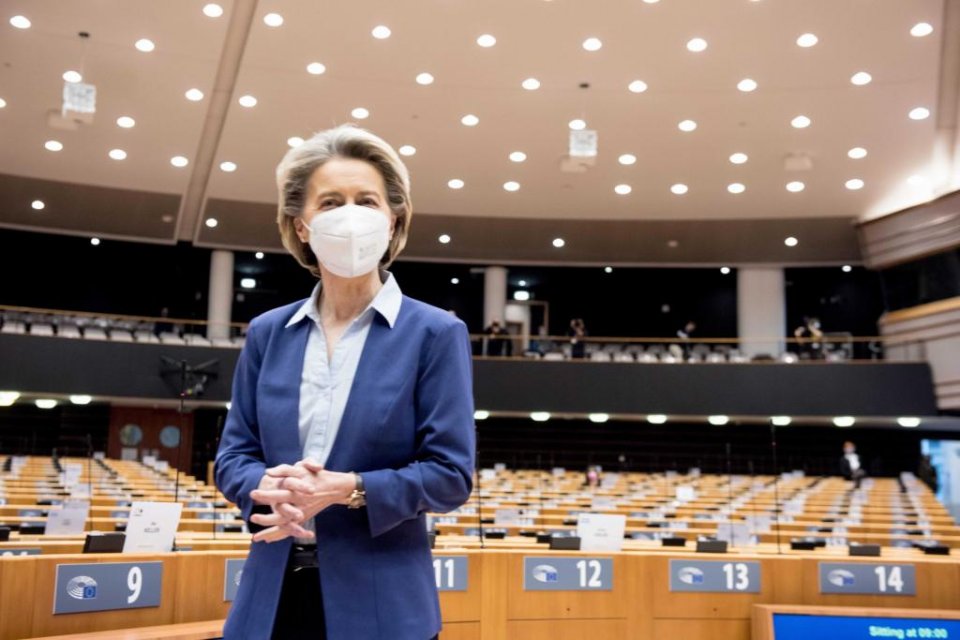 The president of the European Commission, Ursula von der Leyen, has admitted that the EU’s Covid-19 vaccination plans were ‘too optimistic’ and that giving approval for the vaccines was also ‘late’. Her remarks follow recent criticism over delays and a shortage of doses across Europe.

‘We were late in granting authorisation,’ von der Leyen said in the European Parliament on Wednesday. ‘We were too optimistic about mass production. And maybe we also took for granted that the doses ordered would actually arrive on time. We must ask ourselves why, and what lessons we can draw from it.’

Von der Leyen defended the EU’s overall approach of trying to beat the pandemic with a unified vaccine plan for all its 27 nations, but she admitted that mistakes have been made in the strategy to quickly obtain sufficient vaccines for its 447 million citizens.

‘We are still not where we want to be,’ she told MEPs in the European Parliament. She said that a total of 26 million doses of vaccine have already been delivered across Europe since December, with over 17 million people vaccinated. She insisted that the EU ‘will work as hard as we possibly can to meet our big target, which is to vaccinate 70% of the adult population of Europe by the end of the summer’.

Von der Leyen also said that mistakes were made leading up to the decision to curb exports of the vaccine. Several members of the European Parliament had called for her resignation after she had threatened to invoke Article 16 of the Brexit treaty’s Northern Ireland Protocol, which could have risked the supply of jabs to the UK.

‘Allow me a word on the island of Ireland,’ said von der Leyen. ‘The bottom line is that mistakes were made in the process leading up to the decision. And I deeply regret that. But in the end, we got it right. And I can reassure you that my Commission will do its utmost to protect the peace in Northern Ireland. Just as it has done throughout the entire Brexit process.’

With regards new variants of Covid-19, the EU Commission president also said that a new Health Emergency Response Authority (HERA) was being launched to prepare an ‘agenda against new variants’.

‘The battle against the virus is a marathon and not a sprint,’ said von der Leyen. ‘It needs foresight, endurance and stamina. Almost every day we hear news of different variants and how contagious they are. We do not yet have the full picture when it comes to the effectiveness of treatments and vaccines on new strains. But we do know these variants will continue to emerge. And we do know that we need to anticipate and prepare immediately.’