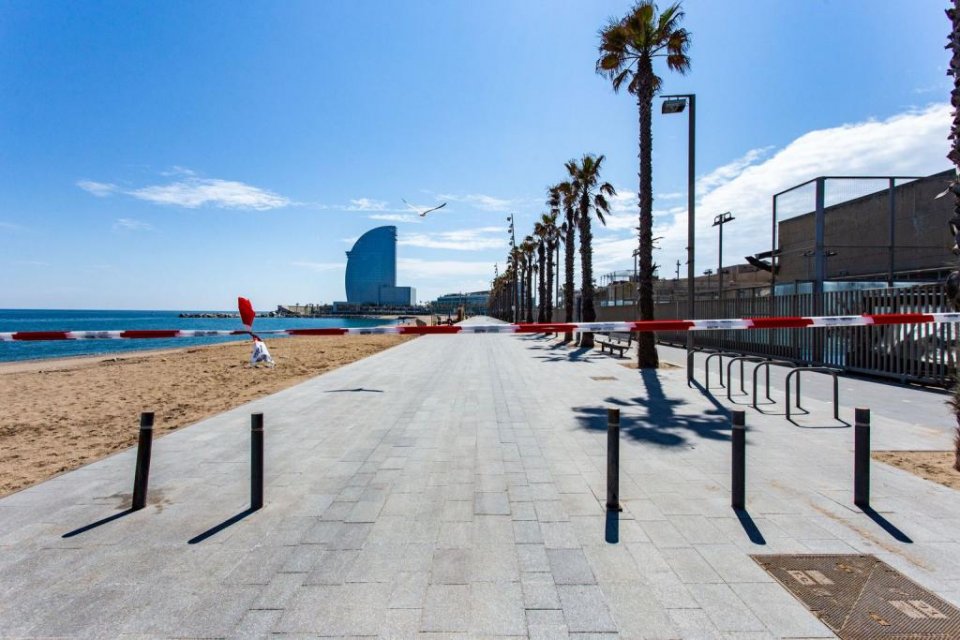 During our first real lockdown here in Spain, back in March-April last year, a woman went out for a walk with just a dog lead. Somehow, she’d got hold of the lead, or maybe it was just a belt, and decided that it would be enough to justify being out and about. When she saw the police approaching, she started calling out for her dog, as it had ‘suddenly and miraculously escaped’. But what was more miraculous was that the dog was invisible. It hadn’t escaped. It was non-existent. The police fined her €300.

During late March and throughout April, other people took goats, Vietnamese pigs and even stuffed teddy bears out for walks. They were all fined. Here in Catalonia, the Mossos d’Esquadra police even posted a message on social media with a photo of a man walking a goat, insisting: ‘No canaries, nor Vietnamese pigs, nor goats like this one we saw today in Palafrugell are an excuse to go onto the street and break the confinement.’ It was serious stuff. What I mean is that there are lockdowns and lockdowns – and what we had here in Spain during March-April was a no-nonsense lockdown. The no-nonsense lockdown not only meant you couldn’t take an invisible dog for a walk, it meant you could only leave home to buy food, medicine, care for an elderly or vulnerable person, do essential work, or to walk a living, breathing, wagging-tail dog – but even that was supposed to be within 100 metres of home. It was a real lockdown.

The no-nonsense lockdown in Spain lasted 43 days for kids, and 48 days for adults. From 14 March until the first week of May, we were literally banned from leaving our homes. When we were finally allowed to go out, we had specific time-slots during the day when we could walk, jog or cycle, depending on our age and whether we needed to be accompanied or not, and there were still restrictions on how far we could wander from our homes. From what I understand, Spain had one of the strictest lockdowns compared to any other country in the world.

I mention all this because on 4 January, Boris Johnson announced new ‘lockdown’ measures in the UK, under the title ‘National lockdown: Stay at Home’. The ‘national’ bit really meant just ‘England’, because Scotland, Wales and N.Ireland had already put their own plans in place. The ‘lockdown’ bit wasn’t (and isn’t) a real lockdown, at least not compared to what we had here in Spain.

In the current ‘lockdown’ in England, according to the UK government, you don’t even need a real dog to be out and about. You may leave home ‘to exercise in a public outdoor place by yourself, with the people you live with, with your support bubble (if you are legally permitted to form one), in a childcare bubble if providing childcare, or even on your own or with another person from another household’. It goes on … ‘you can run, cycle, walk, swim … personal training can continue if participants are from the same household … it can also continue if it is one-on-one, although this should only take place in a public outdoor place, such as parks, beaches, countryside accessible to the public, forests, public and botanical gardens, the grounds of a heritage site or public playgrounds … ’

Admittedly all this freedom to exercise in the UK ‘should’ be limited to once per day and you ‘should not travel outside your local area’ – but if that means Boris himself could cycle in the Queen Elizabeth Olympic Park in Stratford last Sunday, seven miles from his Downing Street home, then it’s really a free-for-all for everyone. It also meant that two women who’d driven five miles from their home to meet for a walk at a reservoir had their £200 fines rescinded by the Derbyshire police. And it’s because it’s not a real lockdown. Just ask the Spanish police.

In Spain, we also don’t currently have a real lockdown – not like in March-April 2020. We all know what happened since then. The lockdown restrictions were relaxed during an 8-week, 4-phase plan in May and June, mainly in order to open the country again for the summer tourist season. It was too early, and it also failed to save the tourist season anyway. Cases of Covid-19 rocketed again in late summer, restrictions had to be imposed during Sept-Oct, until a new yet ‘lighter’ State of Alarm was imposed on 25 October – officially in place until May. The relaxing of restrictions in order to allow Christmas and New Year family gatherings means that Spain now has its worst Covid-19 figures since the start of the pandemic. True, we now have the vaccinations being administered … but fast enough?

The current State of Alarm in Spain is half-hearted. It doesn’t allow for ‘home confinement’, not like the real, no-nonsense lockdown of last spring – and despite several regions of Spain now clamouring for it. This isn’t going to be popular, but I think Spain needs another new, real lockdown. You might argue that the first, real lockdown didn’t work. I believe it did, but it was eased far too early, and at the time the vaccine was still a dream. Spain needs to be able to enforce home confinement again, at least in the regions with the worst statistics, and at least for around 30 days whilst as many vaccinations can be administered as possible, non-stop, 24/7. That’s my opinion, anyway. What’s yours?

30 days total lockdown in every country with coronavirus. NO travel anywhere, No excercise, only one to the supermarket. Only supermarkets and pharmacies open, not garden centres, DIY shops etc. NO mixing of ANY household.
No contact no spreading