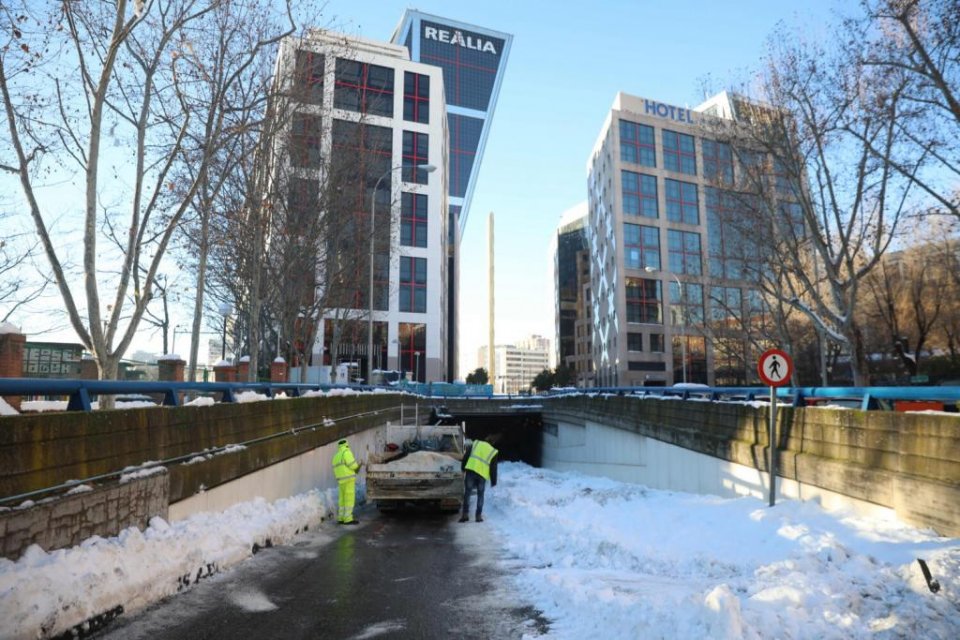 The Madrid regional government has again postponed the opening of schools, this time until Wednesday 20 January due to many roads still remaining blocked, a week after Spain’s worst snowstorm in decades from Storm Filomena.

The region’s 2,557 schools had been set to re-open on Monday 18 January – already delayed from 13 January, with the regional president Isabel Díaz Ayuso having said last Monday that for face-to-face tuition to restart it was ‘necessary to fix the damage and guarantee a safe return to the classrooms after the snow and cold’. By Friday, however, the start of the new term was delayed even further until 20 January – with the school calendar to now be extended by three days in June to make up for lost tuition.

Access to over half of the regions schools, 1,474 of them (57.6%), remained difficult because of the snow and ice, the regional government said in a statement.

Storm Filomena dropped 50cm of snow on Madrid between last Friday and Saturday, leaving the city and large areas of central Spain impassable. The storm has been blamed for five deaths, and it was followed by several days of record low temperatures, causing further chaos with ice.

While Madrid’s main avenues have been cleared, hundreds of side streets remain covered in snow and ice which has also severely disrupted rubbish collection, with huge piles of refuse alongside overflowing bins across Madrid.

About a third of all streets have been cleared, according to Madrid City Council, who also estimate the storm to have caused 1.4 billion euros in damage.

Meanwhile, Madrid has also tightened restrictions to combat the spread of Covid-19. The authorities announced on Friday that the nighttime curfew will now commence at 11pm (until 6am) from Monday 18 January, and that all bars and restaurants must close at 10pm. ALSO READ: Details of curfews & restrictions for all regions of Spain during ‘State of Alarm’