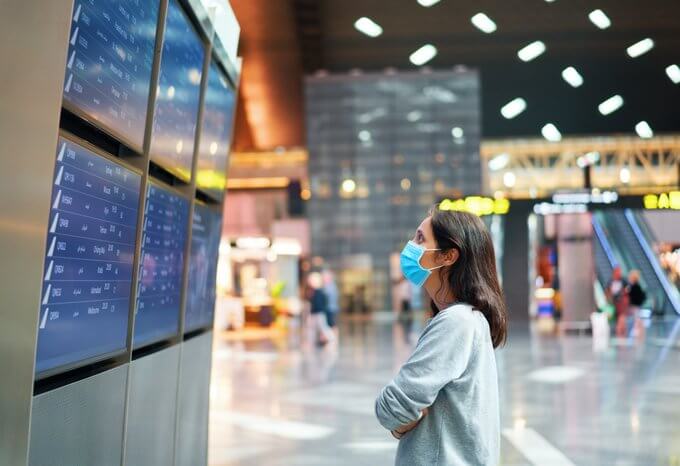 Airlines for Europe (A4E), Europe’s largest airline association and based in Brussels, has urged EU leaders to swiftly adopt a renewed and ‘common approach’ towards Covid-19 travel restrictions to better support the aviation sector and boost Europe’s wider economic recovery.

Leading figures from the commercial aviation industry have called for a harmonised approach to regain the trust of travellers by introducing Covid-19 tests at airports for arriving passengers instead of imposing mandatory preventive quarantine measures.

‘Quarantine restrictions should be an instrument of last resort,’ a statement from the A4E said, ‘with the duration of quarantine consistent throughout Europe’.

‘Improved Covid-19 testing and contact tracing should be used instead of quarantines, as testing enables targeted risk mitigation on an individual level.’

‘Travellers who, for example, stay in a risk area for less than 72 hours and have minimal contact with the local population are at a lower risk of infection and should therefore also be excluded,’ the statement read. ‘In all cases, EU member states should be responsible for collecting traveller data and for enforcing the appropriate measures.’

The Coronavirus pandemic has taken a heavy toll on Europe’s peak summer travel season, with millions of holidaymakers being forced to cancel or change plans as governments imposed quarantines on travellers returning from certain destinations, as well as many border restrictions.

After a brief resurgence in July after lockdowns were lifted at the start of the summer, the number of passengers dropped again during August and in early September as case numbers spiked across the continent.

‘Europeans have not been able to properly enjoy a well-deserved summer break due to chaotic border restrictions along with confusion about quarantines, varying passenger locator forms and test requirements,’ said Thomas Reynaert, A4E’s managing director.

‘A unified European testing programme is urgently needed if we are to have any chance of restoring passenger confidence.’

The organisation said that in August, airlines only saw 30% of travellers compared to last year, and called on the European Council to make the issues a ‘political priority’.

‘Uncoordinated national measures over the last six months have had a devastating impact on freedom of movement – a core EU principal – with significant knock-on effects for our travel and tourism sector,’ Benjamin Smith, CEO of the Air France-KLM Group, said.

The ‘European Organisation for the Safety of Air Navigation’ (known as Eurocontrol) has said that it estimates that air traffic in the EU as a whole will fall by more than 55% this year compared to 2019.

Major airlines such as Lufthansa, Air France-KLM, Alitalia, Tap and Finnair have received state bailouts worth tens of billions of euros to try to stay afloat.

ALSO READ (27/7/20): Spain insists it is ‘a safe country’ for tourism – but cancellations continue

ALSO READ (26/7/20): UK advises against travelling to Spain – and imposes quarantine on return