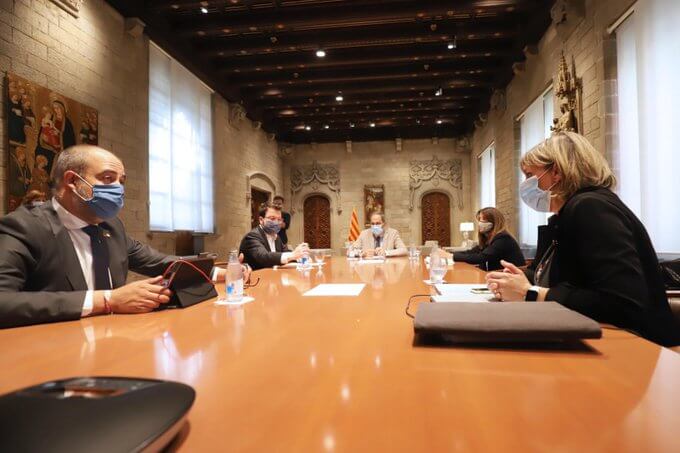 Last updated in Spain at 18h on Saturday 4 July.

The Catalan government has ordered the comarca (county) of Segrià in Lleida, west of Catalonia, to be under lockdown from 12 noon on Saturday 4 July, following an increase in the number of new Coronavirus (Covid-19) infections registered there.

Segrià encompasses 38 municipalities, including the city of Lleida itself, and the lockdown will affect over 209,000 people.

The lockdown is initially for 15 days and has been ratified by a judge. After 15 days, depending on the situation, the lockdown could be extended.

People who were in Segrià county but do not live there had been advised to leave the area by 12 pm. The Catalan government also advised residents not to travel between towns in the county.

Any residents of Segrià who were not there on Saturday morning were advised to return to the area by 4pm. After that time, only those working in the area would be allowed to enter and leave.

The Catalan police (Mossos d’Esquadra) have since set up roadblocks at all access points to the area.

Gatherings of over 10 people are prohibited, and visits to retirement homes will also be stopped.

‘We are taking a step back to protect ourselves and control the outbreak,’ said Torra. He also said it had been a ‘difficult decision’.

The last official figures released by the Spanish Health Ministry on Friday showed the number of people who have tested positive for Coronavirus through a PCR test is now 250,545 for the whole of Spain.

There were 42 new cases in Catalonia included in the ministry’s figures on Friday – but the figure could be much higher. The ministry is not updating its figures during the weekend and will release its next report on Monday.

Segrià is an area of Lleida with a number of slaughterhouses and agricultural businesses. It has seen a much higher increase in Covid-19 infections compared to the rest of Catalonia over the past week.

Whilst residents of Segrià are not being confined at home, Vergés asked Lleida to ‘slow down’ and to reduce activity – also confirming that only gatherings of up to 10 people would be allowed.

This lockdown announcement comes only a day after a field hospital was set up outside Lleida’s Hospital Arnau de Vilanova.