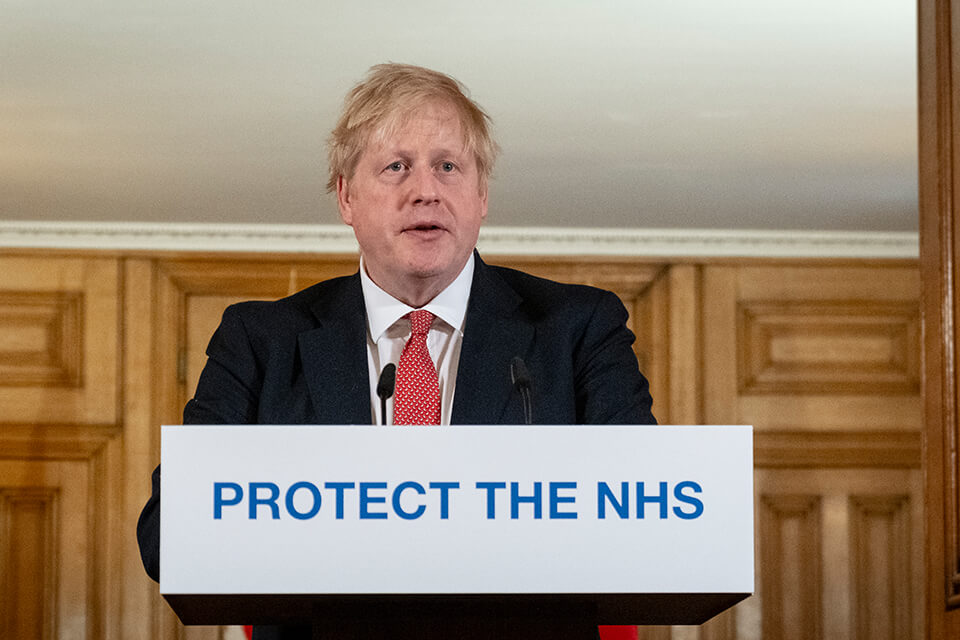 Right-wing populists in London and Madrid are at last getting a much-deserved kicking. There have been some intriguing parallels and divergencies between Spain and the UK in recent months. A General Election took place on 10 November in Spain and on 12 December in the UK. In the event Spain chose to eject the People’s Party (PP) government and opted for a left-wing coalition of PSOE and Podemos, whilst the UK elected to stick with the Conservatives.

As a British long-term resident in Catalonia, I have long been aghast at the lies, dissembling and shameless data manipulation displayed by Conservative politicians during the Brexit debate. Backed by rabid support from 80% of the sensationalist media, similar tactics were then employed in the December election and this duly led to a thumping 80-seat parliamentary majority, despite only receiving 43.6% of the popular vote.

After an astonishing cull of many of the most experienced and respected Tories, the Brexiteer lunatic fringe are now in control of the party – and their posturing of late provides a stark contrast to the pro-Europeanism, concern for social justice, and greater political transparency pursued by the government here in Spain.

The cliché is that Covid-19 has changed everything. There was a before and there will be an after, but this is a watershed which globally must transform attitudes to society, culture, economics and politics. Here in Western Europe we all bear witness to our fair share of past, present and future tumult. But ironically, thanks to Covid-19, it is now evident for all to see how ‘Emperor Boris’ is slowly but surely being denuded of his fancy clothes.

Despite a stay in intensive care for the virus which led the tabloid press and their most gullible readers to elevate him to near-saintly status, his return to the political front-line has proved nightmarish. Before the election he famously tried to evade the scrutiny of journalists by hiding in a fridge, but now too many things are in the open, where there is no hiding-place.

The tipping point seems to have been the arrival at Prime Minister’s Question Time of the new Labour Party leader Sir Keir Starmer. Social-distancing rules have given the near empty House of Commons the eerie aura of a court-room. As a Queen’s Counsel former barrister, Starmer’s calm, forensic questioning style has run Prime Minister Boris Johnson ragged.

Starmer’s analytical probing scored point after point: why was the UK so shamefully slow to react in the initial stages of the contagion? Why was there such a lack of testing ? Why was supply of protective equipment so lamentably inadequate? Why was no provision made for residential care homes? How on earth can the PM claim ‘apparent success’ when UK deaths were the highest in Europe?

Without the cacophony of packed Tory benches bellowing support for his every word, Johnson’s response was a mixture of stuttering bluster and mumbo-jumbo comparable with Trump at his most nonsensical. Given his solid majority there is no chance of him being ousted by parliament, but the verdicts of the Tory press suggest that, given the ruthlessness of the party machine in the recent past, his days as PM are now numbered.

In Spain, surveys before the election revealed that the five major voter concerns in percentage order were politicians/corruption, unemployment, the economy, immigration and Catalonia. The PP government of Mariano Rajoy had been beset by a host of financial and corruption scandals in Madrid, Valencia, Marbella and elsewhere. The casos Gürtel, Púnica and Malaya had been rumbling along for several years, gaining exponentially in complexity and finally proving the undoing of the party at the polls, where they sank to a lowest ever 21%.

Their loss was also due to the rise from nowhere to 15% of the populist Vox party, cashing in on fears of unemployment threatened by rising immigration. Vox also stole votes from the PSOE, which was surprised to only obtain 28% – and so with the 13% obtained by Podemos, it was only after considerable shenanigans and wheeler-dealings that it was able to limp towards a governing coalition.

As in the UK, the Spanish coalition government’s response to Covid-19 in the early stages was far too slow. Mistakes were made – the street celebrations of International Women’s Day on 8 March were much criticised – and lives have surely since been lost unnecessarily. There was a lack of testing and above all a disturbing lack of protective equipment for key workers.

Decisive action was needed and eventually the strictest of lockdowns was imposed, backed by strong police sanctions and heavy fines. In the main the Spanish public has supported the strategy and has observed the rules impeccably. Latterly the coalition’s handling has been impressive. Acting on expert medical advice the curve has gradually been flattened and the country is gradually being eased out of lockdown.

In Portugal opposition parties have laudably cooperated with a socialist minority government in their response to the virus. Not so in Spain: with the backing of Vox and Ciudadanos (Cs), the PP of Pablo Casado saw a chance to vote down the PSOE–Podemos coalition and replace them in government. Together with Santiago Abascal, the leader of Vox, he attacked any extension of the ‘state of alarm’ as arrogant, totalitarian and a threat to freedom. However, suddenly that chance has spectacularly unravelled and the cause is to be found in the PP’s most cherished bastion, Madrid itself.

After the election, the inexperienced Isabel Díaz Ayuso was elected president of the Comunidad de Madrid regional government, an honour which historically is something of a poisoned chalice, having put paid to two of Ayuso­’s recent predecessors.

Esperanza Aguirre acquired her lengthy presidency via a murky arrangement whereby two PSOE councillors summarily swapped sides to give a PP majority. The alleged corrupt dealings of two of her appointees, Francisco Granados and Ignacio González,  brought about her resignation, first in 2016 as president, then in 2017 as councillor. In 2018 Cristina Cifuentes was forced to resign the presidency after revelations of a fraudulently obtained master’s degree was compounded by a minor shoplifting charge.

Ayuso’s problems are also a mixture of the personal and the political, but as with Boris Johnson it is Covid-19 which has provided the impetus. Madrid is governed by a PP-C’s coalition and supported by Vox. The Madrid PP lobbied hard to get the capital out of their current Phase Zero of lockdown and moving again, in order to provide a much-needed economic boost. Yet Madrid is the very epicentre of contagion, hence Spain’s Ministry of Health predictably rejected their pleas.

Crucially the crunch has come when the new leader of Cs, Inés Arrimadas, has sought to row back the party to the centre-ground and agreed to the extension of the ‘state of alarm’ proposed by central government, thus pulling the rug from underneath the junior coalition partner in Madrid. Moreover, for good measure, it now emerges that since the start of lockdown Ayuso has been living in a luxury hotel suite at a peppercorn rent of 80 euros per night, all courtesy of a company called Room Mate. Contract details are all too hazy. Ayuso is currently keeping a low media profile, but according to Pablo Iglesias of Podemos it is a clear case of corruption.

So which way will Cs swing in Madrid? So far Ayuso’s vice-president, Ignacio Aguado of Cs, claims the pact remains solid and he refuses to comment on her private affairs. So far, too, the PSOE opposition in the Madrid regional government has held back from any vote of no confidence. But there are fingers in the dyke and if it bursts there could well be a flood of casualties and new political alignments.

In the UK, Johnson’s many pecadillos on the personal front have hitherto done him little harm with the voting public. The image that he and his minders have always sought to present was that of the lovable rascal, the amiable joker and, after all, ‘boys will be boys!’ The last week has given the lie to all that. In Keir Starmer he has met his nemesis and the chickens are gradually coming home to roost.

In Spain a woman in power is unlikely to elicit similar public sympathy and Madrileños especially have no need of a long memory. Ayuso appears to have failed to learn lessons from the past and looks to have forfeited any hopes of a bright future. Thus in their own way both Johnson and Ayuso have been caught out by an implacable and deadly serious enemy. Coronavirus cannot be defeated by half-measures seeking to mitigate its economic impact. Ultimately people must come before profit. That is a lesson which far too many Americans are also learning to their cost. Hopefully they will also fully understand it come the November elections.

David Rouse is the ex-Head of Modern Languages at a UK Sixth Form College. A talented musician and tennis player, since 2005 he has been living in Sant Pere de Ribes, Catalonia.

Also by David Rouse: Opinion: Tribalism and polarisation, from Brexit to Catexit

Valencia in English – weekly round-up (17 May)