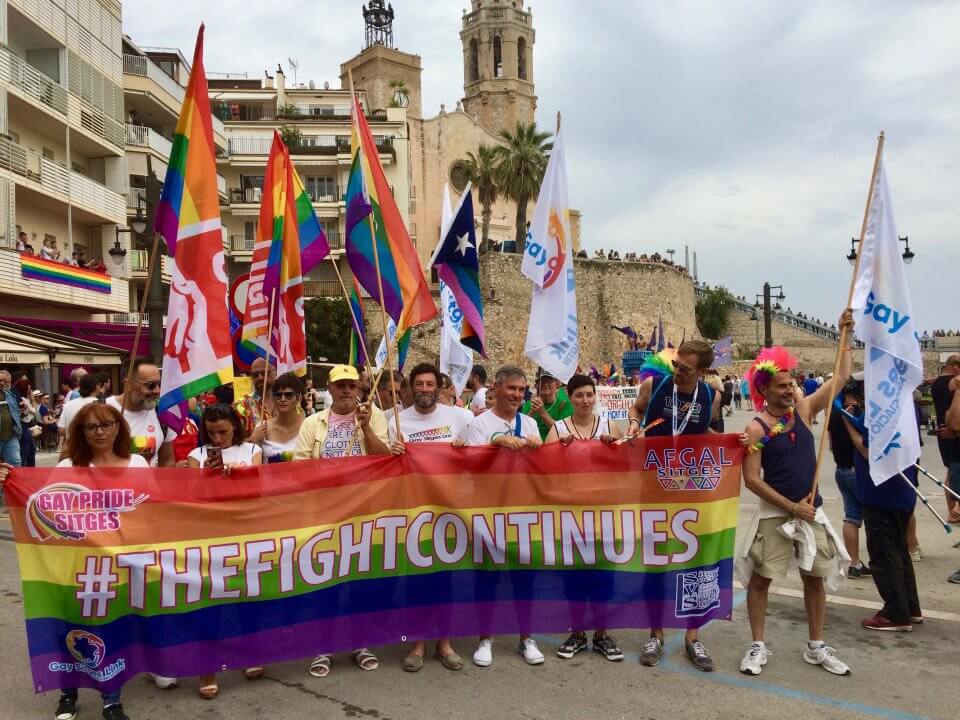 Spain is one of the most gay-friendly countries in the world – and therefore also celebrates some of the biggest and liveliest Gay Pride events in the world.

This year the month of June was chosen for many LGBTIQ+ pride events to commemorate the 50th anniversary of the Stonewall riots, which occurred at the end of June 1969. As a result, many pride events are being held during this month.

In Spain, however, from May right through to September, various prides take place across the country in Madrid, Barcelona, Sitges, Ibiza, Torremolinos (May), Benidorm (September) and even Maspalomas on the island of Gran Canaria.

Madrid Pride often claims the title of Europe’s largest gay pride parade each year (with over 2m participating) – but Gay Pride Sitges and Pride Barcelona are also regularly recognised among the top 10 LGBTIQ+ festivals in the world.

In addition to Europe’s largest main parade on Saturday 6 July from Atocha to the Plaza Colon, Madrid Pride will be hosting outdoor concerts on six different stages, as well as parties, exhibitions, cultural and sports events (most of which are celebrated around the Chueca area, Madrid’s main gay neighbourhood) from 28 June to 7 July. Events also include high heel race, a water fight, and a Mr. Gay España competition. Click here for further details on Madrid Pride.

Although not as big as Madrid Pride, Barcelona Pride 2019 is set to be the biggest LGBTI event on the Mediterranean. It kicks off from 22 June with various events, including at the Moll de la Fusta port area, but the main focus will be during the weekend of 28-29 June. On Saturday 29 June, the whole city takes to the streets for the parade, which will start in Plaza España and run down one of Barcelona’s main streets – the Avenida del Paral·lel – until reaching the port. Click here for further details on Barcelona Pride.

Benidorm, one of the most famous resorts in Spain, holds its pride event in September, with the big parade on Saturday 7 September. With a week-long series of flamboyant events leading up to the Playa Levante big parade and main stage open air party, visitors can expect an exciting week in the resort that truly never sleeps. Click here for further details on Benidorm Gay Pride.

Sitges Pride took place from 1-10 June. The beautiful beachside town of Sitges attracted thousands of people who came to celebrate the main parade and enjoy the free concerts given by tribute bands on the promenade, the DJ sessions, foam and pool parties, as well as fashion shows.

Ibiza Pride took place from 12-15 June – one of the largest pride events celebrated in the Balearic Islands of Spain.

Miley Cyrus grabbed and forcibly kissed by fan in Barcelona