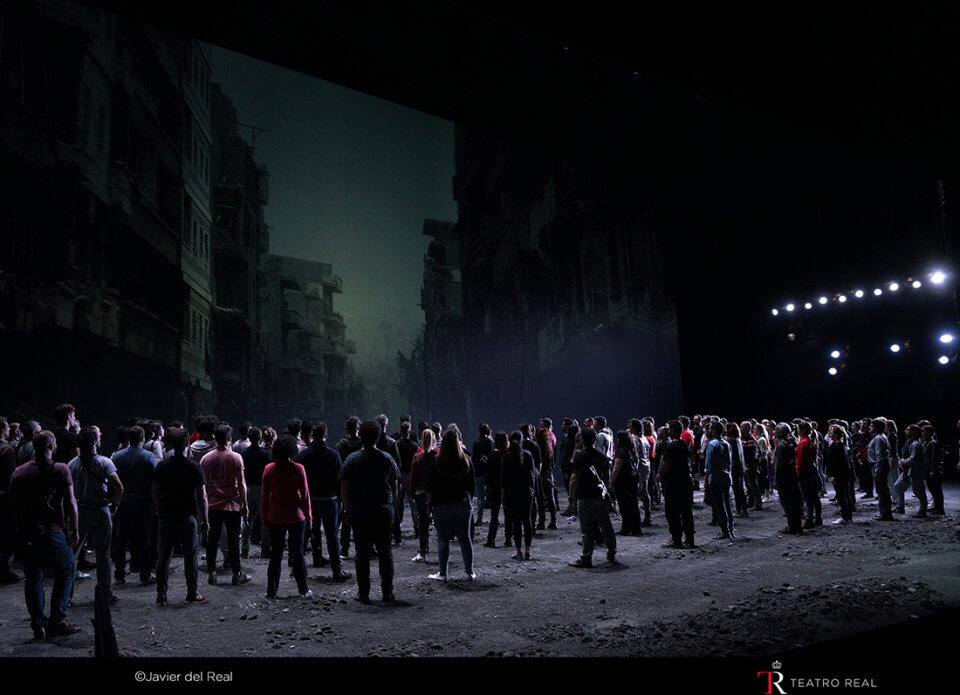 On 19 February, Madrid’s Teatro Real premieres a new version of Mozart‘s Idomeneo, Rè di Creta, a co-production with the Canadian Opera Company of Toronto and the Teatro dell’Opera di Roma.

This three-act opera premiered in 1781 in Munich and was first performed at the Teatro Real in July 2008. Mozart composed it when he was in his mid-20s together with librettist Giambattista Varesco as a commission for a court carnival.

The stage director of this new version, Robert Carsen, says that Idomeneo ‘is a powerful anti-war declaration, with an ending that’s full of hope: the possibility that a new generation can bring love and peace and transform a world torn up by power, war and destruction’.

Originally set in Crete shortly after the Trojan War, this re-working of the opera features a contemporary setting on an anonymous Mediterranean island full of soldiers, refugees and victims of war.

Over 170 performers, including soloists and choir, take part in the large-scale production, and the musical director is Ivor Bolton, a renowned expert in Mozart’s work.

To coincide with the opera’s run, a variety of related activities have been organised at venues around Madrid including the Biblioteca Nacional and the British Council.