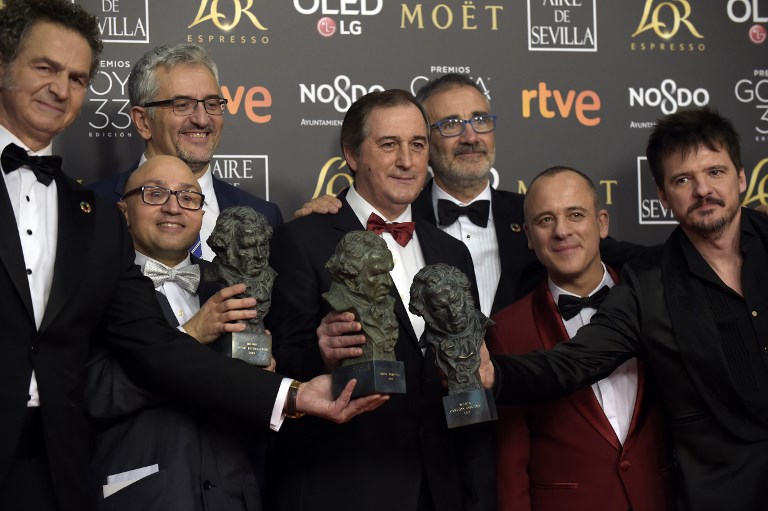 Spain’s runaway box-office hit of last year and its selection to represent the country in the foreign-language Oscar category, Champions tells the story of a professional basketball coach tasked with training a team of players with intellectual disabilities.

Political thriller The Realm won the most awards at the Goyas, with 7 awards including best director, actor, supporting actor, original script, sound, editing and music.

The Realm, directed by Rodrigo Sorogoyen, stars Antonio de la Torre in the story of a corrupt politician facing exposure for his illegal dealings.

Jesus Vidal, one of the stars, won the prize for best new actor. In his emotional acceptance speech, he said: ‘Three words come to my mind: inclusion, diversity and visibility.’

Champions also won a third award, out of the 11 nominations it received, for best original song.

Mexican film Roma, which is tipped for Oscars glory, was named best Latin American picture at the Goyas.

Set in Mexico City in the 1970s, it has 10 nominations for the 91st Academy Awards to be held in Hollywood on 24 February.

Original script
Isabel Peña and Rodrigo Sorogoyen for The Realm

Documentary
The Silence of Others by Almudena Carracedo and Robert Bahar

Sound
Roberto Fernandez and Albert Raposo for The Realm

Protests in Barcelona against Catalan trial