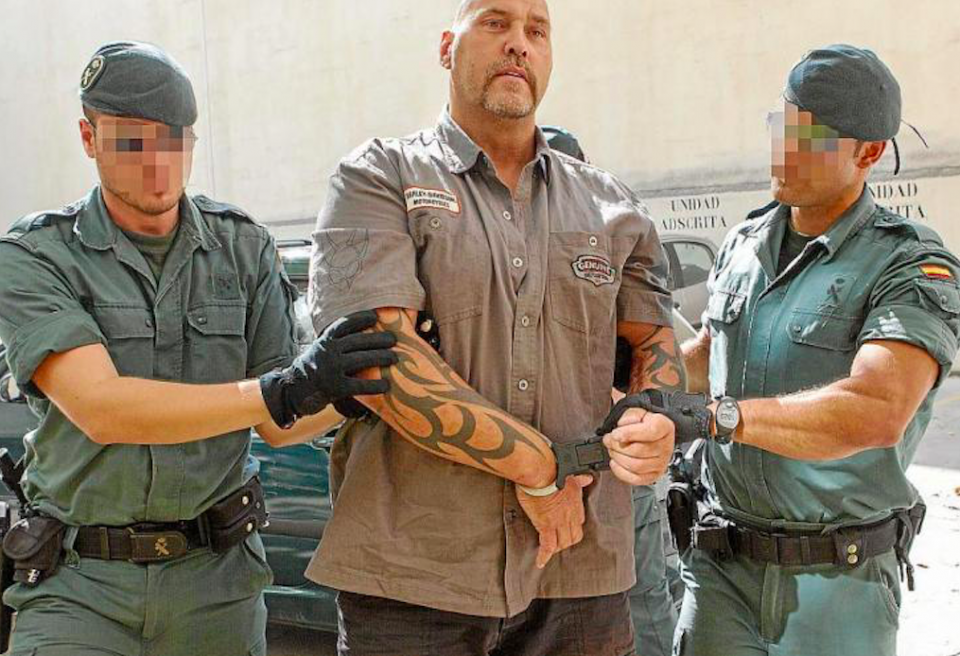 The trial of 49 alleged members of a criminal gang linked to the Hells Angels motorcycle club commenced on Monday in Madrid, almost a decade after police dismantled the group’s activities in the Balearic Islands.

The prosecution has requested a prison sentence of up to 13 years and a €4.2 million fine for German national Frank Hanebuth, who rose through the Hells Angels ranks in the German city of Hanover before allegedly leading the crime ring in Mallorca. He is in court on charges of membership of a criminal organisation, money laundering and illegal possession of firearms.

Other alleged leading members are also charged with running a prostitution ring and drug trafficking, and face up to 38 years in prison.

During the first brief hearing, the court read out the charges to each of the 46 defendants present in the room and ensured all understood the text. A German-language interpreter translated the charges for three German nationals who were taking part by videoconference.

The beginning of the session was delayed for four hours as some of the lawyers tried to arrange plea agreements for their defendants. It wasn’t immediately clear if Hanebuth’s lawyer was one of them.

According to the prosecutor’s indictment, the Hells Angels conducted illegal activities in Mallorca from 2009-2013 under Hanebuth’s leadership. He allegedly appointed members who then carried out crimes including extortion, pimping, acquiring illegal firearms and robbery in popular tourist spots.

They also moved into real estate on Mallorca and nearby island Ibiza. The accused didn’t limit themselves to riding Harley-Davidsons. One of Hanebuth’s fellow defendants has been cited as driving a Bentley at 125 mph in a 75-mph speed zone before being pulled over by police.

The Hells Angels Motorcycle Club, which was formed in the United States in 1948 and has some 5,000 members at about 350 branches – dubbed ‘chapters’ – around the world, founded its Mallorca chapter in 2009, according to Spanish authorities.

The gang was lured to Mallorca by the island’s geographical location, the existence of brothels and opportunities to engage in money laundering and drug trafficking, the special prosecutor against organised crime said in the indictment.

The presence of a large foreign resident population on the island also facilitated extortion practices, the prosecutor added.

The trial is expected to last several weeks.