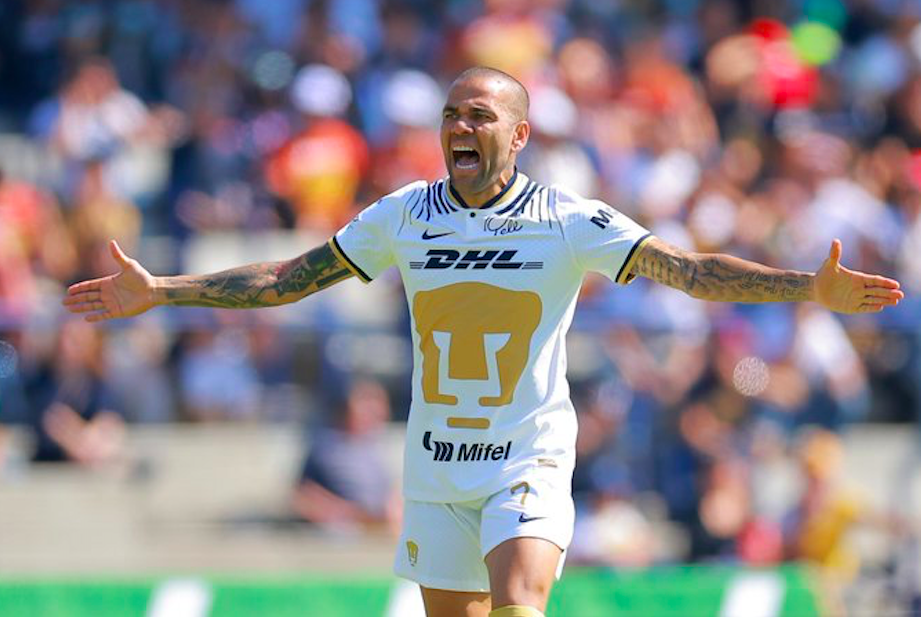 UPDATED: Alves was taken to a prison near Barcelona in a police van on Friday evening after a judge denied him bail.

State prosecutors had asked for him to be held without bail, and a judge agreed after charging him with sexual assault following several hours of testimony from him, the alleged victim and a witness, the court said. Unless that decision is reversed on appeal, Alves will remain in custody until trial at a still unspecified date.

Brazilian defender Dani Alves was taken into custody in Barcelona on Friday over allegations that he sexually assaulted a woman at a nightclub in the city in December, police said.

The 39-year-old was summoned to a Barcelona police station where he was ‘taken into custody’ and will now be questioned by a judge, said a spokesperson for Catalonia’s regional police force, the Mossos d’Esquadra.

The charge of sexual assault in Spain can mean anything from unsolicited and unwanted sexual groping to rape. Police said they could give no further detail on the case.

Catalan police received a complaint on 2 January from a woman who said Alves had touched her inappropriately, police said.

The alleged sexual assault took place at a popular Barcelona nightclub overnight on 30-31 December, according to Spanish media reports.

The player was accused of putting his hands down the woman’s pants, according to the reports.

Alves, 39, has confirmed he was at the nightclub at the time but has denied any wrongdoing, telling Antena 3 TV earlier this month that he has ‘never seen’ the woman before.

‘I was there, at that place, with more people having fun. Everybody knows I love to dance. Having a good time but without invading the space of others,’ the player added.

A Barcelona court said earlier this month it had opened a probe ‘into an alleged crime of sexual assault as a result of a complaint filed by a woman against a footballer’.

Alves, who now plays for Mexican side Pumas UNAM, was in Barcelona on holiday following his participation at the World Cup with Brazil in Qatar.

He is one of football’s most successful players, winning major titles with several elite clubs, including FC Barcelona, Juventus and Paris Saint-Germain over his long career.

The defender was a key part of Barcelona’s golden years playing between 2008-2016 on the team’s right flank with Lionel Messi. He won the Champions League three times with the Catalan club, which he briefly rejoined last season

Spain-France summit in Barcelona met with protests for Catalan independence