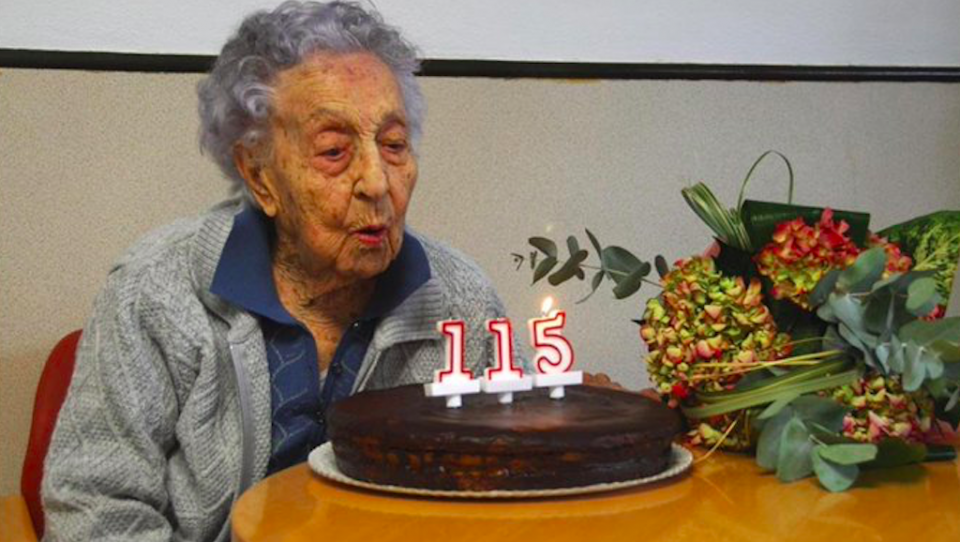 The oldest living known person in the world listed by the Gerontology Research Group (GRG) is now an American-born woman who lives in Catalonia, aged 115.

It follows the death this week of a French woman who passed away shortly before her 119th birthday. Lucile Randon, a nun known as Sister André, was born in the town of Ales in southern France, on 11 February 1904.

Born in California on 4 March 1907 and now living in a nursing home in the town of Olot in Catalonia, María Branyas Morera has therefore become the oldest living known person in the world, a ‘supercentenarian’, aged 115.

Branyas Morera has lived through the 1918 flu, two World Wars and the Spanish Civil War. She has had three children, including one who has already died, 11 grandchildren and 11 great-grandchildren.

The Santa Maria del Tura nursing home in Olot where Branyas Morera has lived for the past two decades, said it would hold a ‘small celebration’ behind closed doors in the coming days to mark ‘this very special event’.

‘She is in good health and remains surprised and grateful for the interest that has been generated,’ it added in a statement.

‘She has never gone to the hospital, she has never broken any bones, she is fine, she has no pain,’ Moret told Catalan television on Wednesday.

Branyas Morera was born in San Francisco in March 1907 shortly after her family moved to the United States from Mexico. The entire family decided to return to their native Spain in 1915 as World War I was under way, which complicated the ship’s voyage across the Atlantic.

The crossing was also marked by tragedy – her father died from tuberculosis towards the end of the voyage, and his coffin was thrown into the sea.

Branyas Morera and her mother settled in Barcelona. In 1931 – five years before the start of Spain’s 1936-39 Civil War – she married a doctor. The couple lived together for four decades until her husband died aged 72.

Just weeks after ringing in her 113th birthday, Branyas Morera got Covid-19 and was confined to her room at her care home but made a full recovery.

‘I haven’t done anything extraordinary, the only thing I did was live,’ she told Barcelona-based daily newspaper La Vanguardia in 2019.