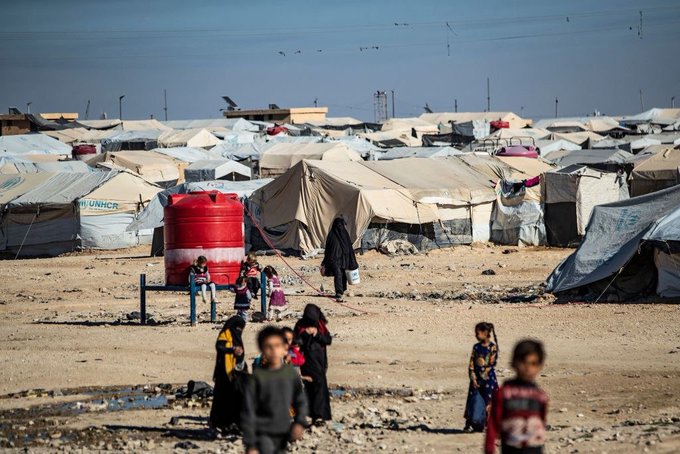 Spain has decided to repatriate several Spanish wives, widows and children of Islamic State fighters from detention camps in northeastern Syria, the government said on Monday, and which confirms a report from El País.

The return of relatives of captured or killed jihadist fighters from Syria and Iraq has been a thorny issue for European countries since the fall of the Islamic State group’s so-called ‘caliphate’.

Thousands of foreigners including women and children had gone to Syria to live in the ‘caliphate’ until 2019, when US-backed Kurdish forces took the last pocket of Syrian territory from the jihadists.

Fleeing women and children were then housed in overcrowded detention camps run by Kurdish authorities and international charities, who had pushed for repatriations due to rising violence and dire conditions in the camps.

Spain now plans to repatriate three women and 13 children before the end of the year, according to El País.

The women face charges of cooperating with a terrorist organisation for allegedly aiding the Islamic State group. If convicted, they face jail terms of up to five years. The children’s situation will be studied on a case-by-case basis depending on their age.

The women have been in the detention camps since 2019. They say they were tricked by their husbands to go to Syria and did not take part in any jihadist activities, according to El País.

Spain has also agreed to repatriate a Moroccan woman who is the widow of a Spanish fighter and the couple’s three children, but they fled from a detention camp near Iraq in 2020 and their whereabouts is unknown.

France, Germany and the Netherlands are among the other European nations which have repatriated relatives of jihadist fighters this year or announced plans to do so.

Repatriations have hit a record high in 2022, but more than 10,000 foreign women and children remain in the Al-Hol and Roj camps, Kurdish authorities have said.

The bodies of two Egyptian girls have been discovered at the al-Hol detention camp hosting people linked to ISIS (ISIL) in northeastern Syria https://t.co/EQGvaCY7nm pic.twitter.com/4wqTVM6tHj