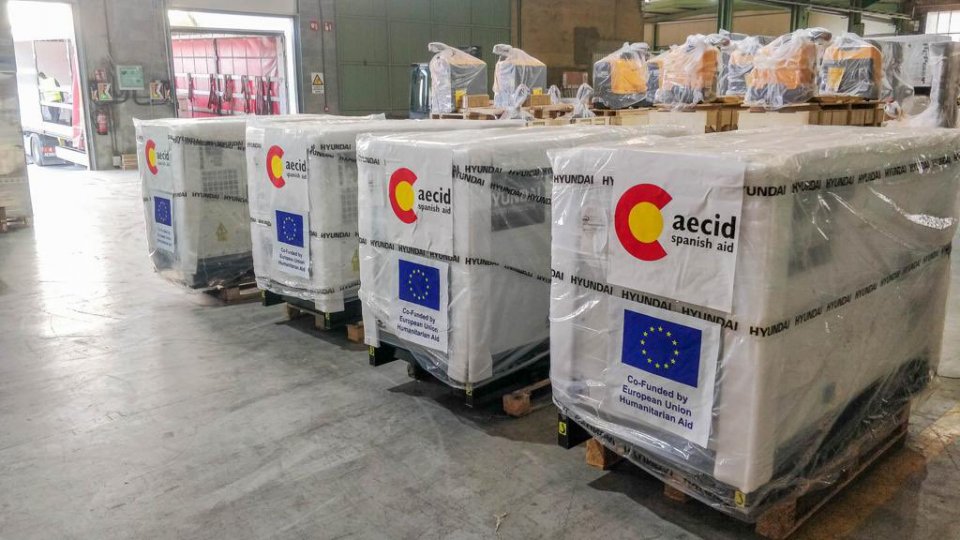 ‘In view of what is proving to be a very harsh and difficult winter in Ukraine … 14 generators donated by Spain left for Ukraine to alleviate the needs created by the unfair and unjustified attacks on the Ukrainian energy infrastructure,’ Foreign Minister José Manuel Albares said.

Kyiv on Friday appealed to all European allies for support, saying nearly half of Ukraine’s energy infrastructure had been disabled and needed repair.

Temperatures have plunged across Ukraine in recent days, with the first snow falling on Thursday.

‘Due to a dramatic drop in temperature, electricity consumption is increasing daily in those regions of Ukraine where power supply has already been restored after massive missile strikes on 15 November on the energy infrastructure,’ said Ukrenergo, an electricity transmission system operator in Ukraine and the sole operator of the country’s high-voltage transmission lines.

Both the European Commission and the European Parliament have warned that the humanitarian situation in Ukraine is the ‘worst’ since the war broke out in February and insisted on the need to provide aid to the country so that it can face the winter.

Spain deports ‘radical’ Muslim activist, after living in the country for 30 years