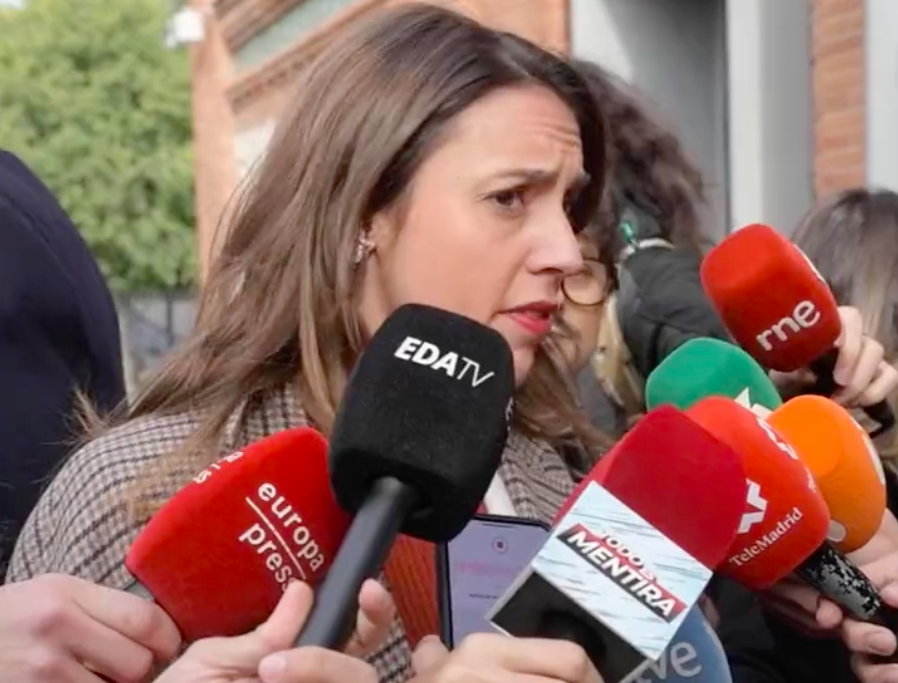 Spain’s main opposition party and the country’s association of magistrates have called for the government’s Equality Minister, Irene Montero, to resign, after she accused judges of ‘machismo’ for reducing prison sentences under the new ‘Only Yes is Yes’ law that was never intended to have that effect.

The ‘Only Yes is Yes’ law, finally approved in August this year, was intended to tighten sexual consent laws but has instead led to the reduction of sentences and even the release of some sexual offenders, causing a rift between the government and the courts.

The ‘sexual liberty’ law made sexual consent, or a lack of it, a key determinant in assault cases and revised the range of potential minimum and maximum prison terms, inadvertently making it possible for some convicted individuals to have their sentences reduced on appeal.

In the first few weeks that it has been in force, the new law has directly led to the reduction of prison sentences of least 15 convicted sexual criminals. Of these known cases, five have been released. This has outraged the Equality Minister and supporters of the law, who have argued that Spain’s judges need more training to overcome ingrained ‘gender bias’.

Montero accused some judges of not obeying the law, adding that the United Nations has said systematic sexism can lead jurists to misinterpret laws.

‘The problem is that we have judges who are not upholding the law,’ she said, arguing that sexist stereotypes blind some judges to seeing gender violence for the crime it is.

Montero is from the left-wing Podemos party, the junior partner in the socialist PSOE-led coalition government. Some PSOE ministers have said that it might be necessary to review the law that has been passed again, as well as the Sexual Freedom law passed in the Spanish Congress in August.

The Podemos party has tweeted: ‘The UN has told us that in Spain judges have no training in gender matters and that it is a shame.’

‘The UN alerted us to the fact that machismo and stereotypes can cause judges to apply the law wrongly,’ the party tweeted. ‘For this reason, we will reinforce mandatory training for all personnel working in justice.’

Finance Minister María Jesús Montero said that a detailed analysis of the practical implications of the law must be made because ‘obviously’ the objective was never to reduce sentences, rather ‘the opposite’.

Judges who reduced sex crime sentences have argued they were required to rule in favour of defendants if the laws under which they were originally convicted have the potential penalties changed.

In one case, a Madrid court recently lowered the sentence of a man convicted of sexually abusing his 13-year-old stepdaughter from eight to six years. In another, a court in southern Granada took two years off a 13-year sentence given to a man who threatened his ex-wife with a knife and raped her.

It is expected that the Spanish courts will likely have to review dozens more cases, but Spain’s Prosecutor’s Office has also since said that it will review the reductions in sentences due to the ‘only yes is yes’ law with ‘clear priority of protection for the victims’, according to the online ElDiario.es.

Opposition parties and magistrate groups have been infuriated by Montero’s remarks and blame the left-wing government and its backers in Parliament for passing a poorly drafted law. Two magistrate groups and the main right-wing opposition, the People’s Party (PP), have called for Montero to step down.

Ángeles Carmona, member of Spain’s General Council of the Judiciary (CGPJ) and president of its Observatory of Gender and Domestic Violence, noted that more than half of Spain’s judges are women and that all are required to undergo special training in gender violence.

The CGPJ warned in its report during the preliminary draft stage of the bill that that the law would cause the reduction ‘of those convictions in which the maximum penalties have been imposed’ under previous rules. Similarly, the PP also warned about potentially counter-intuitive consequences.

‘We had already issued a warning in our report that what is happening could take place,’ Carmona said. ‘[But] the justice system is not sexist; it is not part of the patriarchy. The judges are applying the law in impeccable fashion.’

Prime Minister Pedro Sánchez has appealed for calm and urged the judiciary to reach a consensus on how such case appeals are handled.