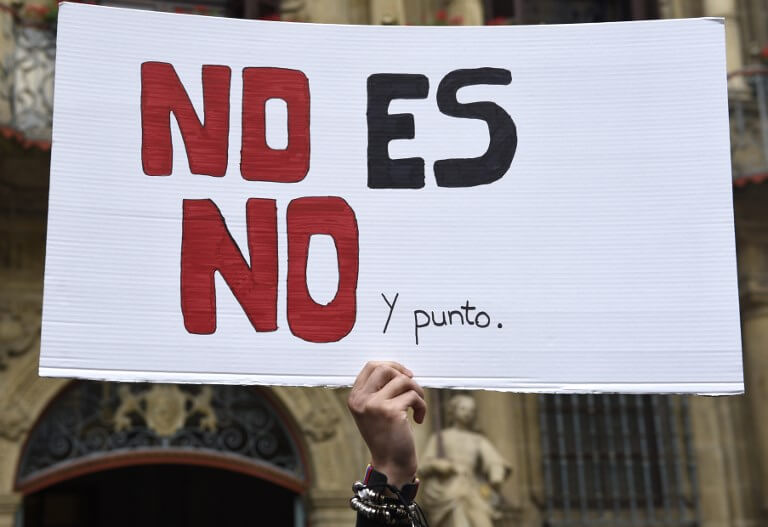 The Spanish Congress voted on Thursday in favour of a new law that makes consent a key determinant in sexual assault cases, freeing victims of having to prove that violence or intimidation was used against them. The law was passed after receiving 205 votes in favour, 141 against, and 3 abstentions.

The legislation requiring explicit consent for sex was introduced by Spain’s left-leaning coalition government between the PSOE socialists and left-wing Podemos group, largely as a result of a notorious gang rape that outraged the country.

The new law, popularly known as ‘Only Yes is Yes’, involves a reform of Spain’s criminal code that now defines rape as sex without clear consent. It removes any difference between sexual abuse and sexual aggression. It defines consent as an explicit expression of a person’s will, making it clear that silence or passivity do not equal consent. Non-consensual sex can be considered aggression and subject to prison terms of up to 15 years.

‘Consent is recognised only when a person has freely demonstrated it through actions which, in the context of the circumstances of the case, clearly express the person’s will,’ it says.

‘At last our country legally recognises that consent is what needs to be at the centre of all our relationships,’ said Equality Minister Irene Montero.

‘No woman will ever have to prove that violence or intimidation was involved in order for it to be considered a sexual assault.’

Until now, rape victims needed to prove that they had been subjected to violence or intimidation.

The new legislation traces its roots to the furor sparked by a gang-rape case during the San Fermin bull-running festival in Pamplona in 2016.

Initially, the five accused in the case, who called themselves the ‘wolf pack’, were found guilty of sexual abuse but not rape, as the victim wasn’t deemed to have objected to what was happening. The sentences prompted widespread protests across the country and calls for Spain to join the dozen other countries in Europe that define rape as sex without consent, according to a 2020 analysis by Amnesty International.

Socialist Prime Minister Pedro Sánchez vowed to introduce a law on consent aimed at removing ambiguity in rape cases when he took office in June 2018.

The new law also tightens the rules on street harassment, expands emotional and sexual education in schools and strengthens protection and compensation for victims of sexual violence.

The government says the legislation was based on the recommendations of the 2011 Istanbul Convention on preventing and combating violence against women.

Montero said Spain was also inspired by pioneering legislation which came into force in Sweden in 2018 which considers as rape any sex act without explicit consent.

Such laws remain the exception in Europe.

According to an Amnesty International study, only 12 of 31 European countries it analysed have changed their legal definition of rape to sex without clear consent.

They include Belgium, Croatia, Denmark and Sweden.

The remaining nations defining it by other measures such as whether violence or the threat of violence was used – as was the case in Spain until now.

Spain is considered a pioneer in the fight against violence against women after in 2004 approving Europe’s first law that specifically cracked down on domestic violence. That law made the victim’s gender an aggravating factor in cases of assault.