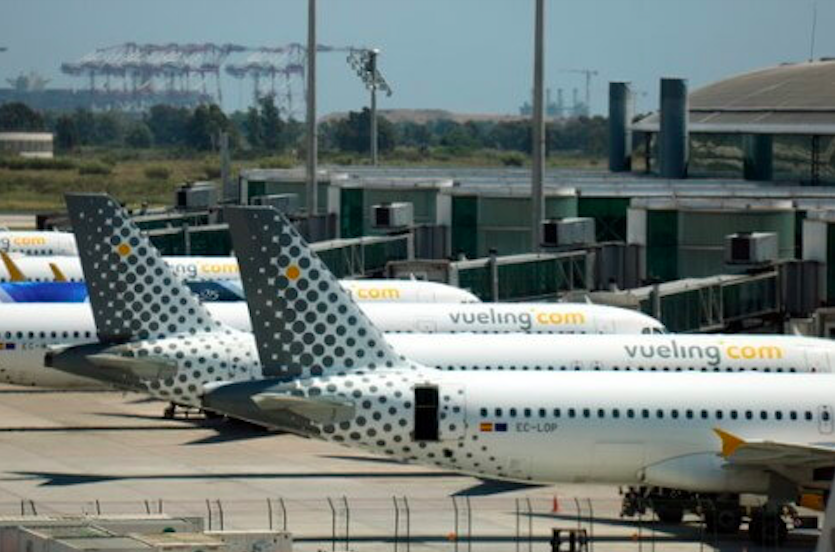 Vueling reportedly managed to operate around 90% of its flights during the first day’s strike held by its cabin crew, who have begun industrial action that will last into the New Year.

The airline was forced to cancel 54 flights on Monday as the first of many strike days scheduled until after Christmas took place. Spain’s transport ministry has estimated a total of 3.2 million passengers could be affected throughout the period of industrial action.

Vueling said that 466 scheduled flights operated ‘without incident’ on Monday and with a punctuality of 86.68%. On Sunday the airline had said that it would be able to ‘operate around 90% of all its flights throughout the cabin crew strike until 31 January’.

In a statement the airline also said that ‘some adjustments to our programme will be necessary’ during the period of industrial action, and that ‘any affected customers will be informed of their new alternative flight via the email provided during the booking process’.

Vueling industiral action will now take place every Friday, Sunday and Monday until 31 January 2023, but Tuesday 1 November was the first day of strikes. Stoppages will also take place on 6, 8, 24 & 31 December and 5 January – dates chosen because they are long weekends or key travel days for the Christmas period.

Spain’s Ministry of Transport has estimated that up to 3.2 million passengers, equal to 70,500 a day, could be affected by industrial action. It has also established minimum service regulations for the airline, ranging  from between 22-80%, depending on the route and frequency of the flight path.

Vueling staff are demanding a wage increase in line with inflation. The union representing the workers, Stavla, has requested wage increases of 13.4% after Vueling only offered a 2% rise.

Vueling had reached an agreement with the Workers’ Commissions Union (CCOO) in August to increase wages by 6.5%, but Stavla rejected the deal and demanded a higher salary increase.

Staff are also protesting the precarious work conditions that have been experienced within the sector since before the pandemic.

The airline is still suffering from losses of €1 billion incurred during the Covid-19 pandemic, in addition to an increase in debt of €260 million to cover the impact of Covid-19 on its business.

Vehicle overturned after collision in the Santa Barbara area of Sitges