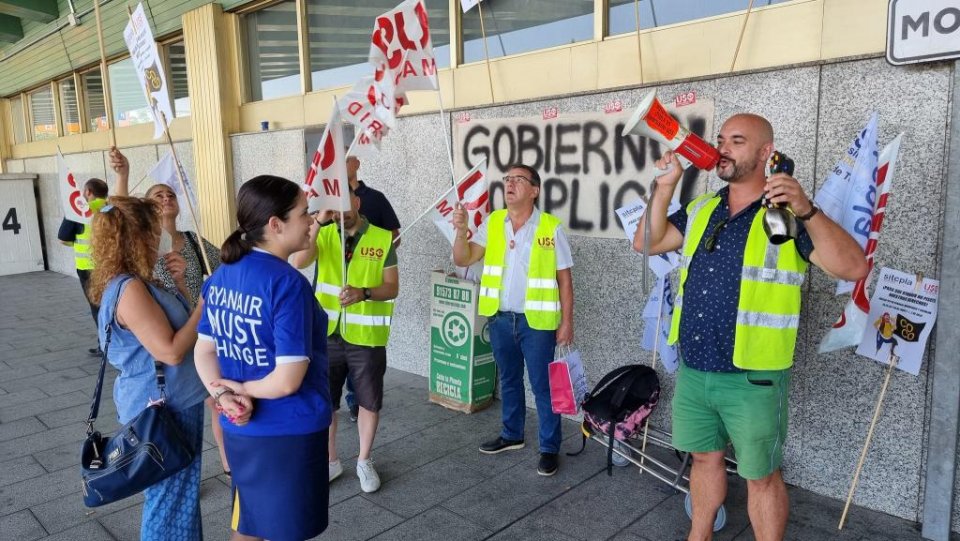 Two trade unions in Spain have announced that they are extending the Ryanair cabin crew strike days, which began in June, until 7 January 2023. The new strike call, for 24-hour stoppages, Monday to Thursday and weekly, will begin on 8 August.

The planned strikes on four days of every week until January are to press demands for higher pay and better working conditions, the unions said in a statement on Wednesday.

Union officials at USO (Unión Sindical Obrera) and SITCPLA (Sindicato Independiente de Tripulantes de Cabina de Pasajeros de Líneas Aéreas) said: ‘Given that Ryanair has not shown the slightest attempt at rapprochement with the unions but, on the contrary, has publicly stated its refusal to engage in any dialogue with the elected representatives of its crew members, USO and SITCPLA have been forced to continue the strike and call new dates, after listening to the workers.’

The unions are demanding 22 days of holiday and two extra months payment per year to comply with Spanish legislation. The unions also said that 11 cabin staff in Spain were fired during the recent strikes.

The unions said that the on-going cabin crew strike is justified for three objectives: ‘The first is the application of the statutory minimums of Spanish labour and trade union legislation to all cabin crew members working on Ryanair aircraft and at the ten Spanish bases. The immediate reinstatement of the 11 workers dismissed during the previous strikes in June and July for supporting the constitutional right to strike. And, thirdly, the suspension and closure of all the disciplinary proceedings against approximately 100 workers for the previous strikes.’

Ryanair workers caused disruption at many Spanish airports in late June and during July, when they walked out for several days, mainly on weekends.

The number of cancelled flights in Spain has been limited, however, compared to other countries where Ryanair staff have also gone on strike. The reduced disruption has been because Spanish regulation forces airlines and staff to maintain a minimum service.

Ryanair had accounted for 22.3% of passengers travelling via Spanish airports during the first half of the year, according to data from airport operator Aena.

Ryanair in Spain have not yet responded to the latest planned strikes.