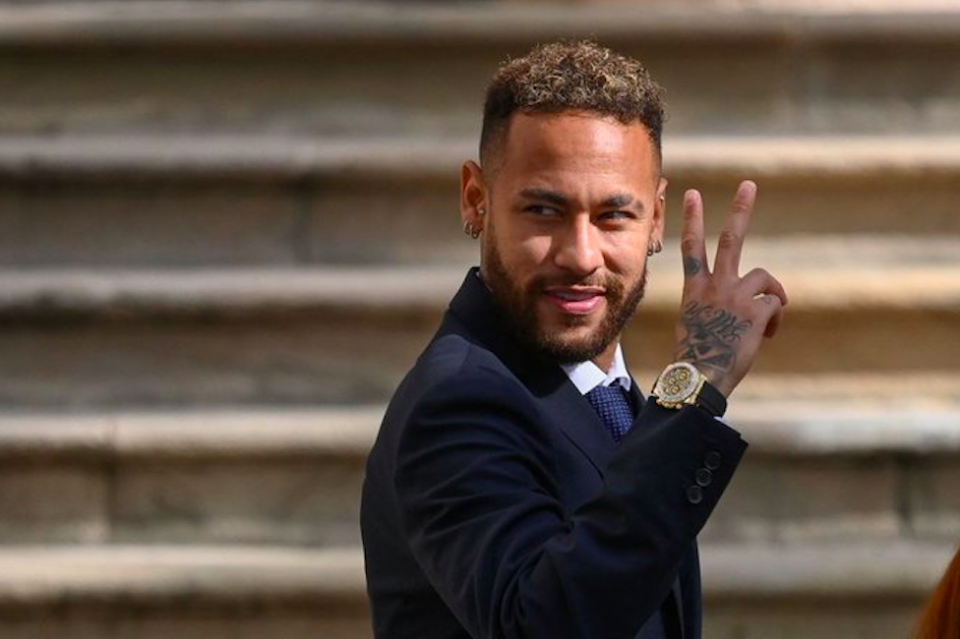 State prosecutors in Spain dramatically dropped corruption and fraud charges on Friday against football star Neymar and others accused in a trial over the Brazilian’s 2013 move from Santos to FC Barcelona. However, a Brazilian company involved in the case will continue to fight the soccer player in court.

The state prosecutor announced the ‘withdrawal of the charges against all the accused and for all the allegations’ they had faced.

Neymar, 30, had testified saying that he didn’t remember if he took part in the negotiations which led to an agreement sealed in 2011 with FC Barcelona over his transfer two years later to the Spanish side from Brazilian club Santos.

The case was brought by Brazilian investment firm DIS, which owned 40% of the rights to Neymar when he was at Santos. DIS argues that it lost out on its rightful cut from the transfer because the true value was understated.

The trial will continue because DIS has maintained its accusation that the parties involved committed fraud and corruption. The trial is expected to conclude early next week.

Spanish state prosecutors had originally sought a two-year prison term for Neymar, a key member of the Brazil team that will be heading to the World Cup in Qatar next month, and the payment of a €10 million fine. At the start of the trial, DIS said it was demanding a five-year jail term for Neymar. ALSO READ: Corruption and fraud trial of Neymar & Barça starts in Barcelona.

‘There is not the slightest hint of crime,’ state prosecutor Luis Garcia Canton said after all defendants had testified in the trial in Barcelona, asking the judge for the ‘acquittal of all defendants’.

The dropping of the charges is the culmination of a long legal saga over Neymar’s high-profile transfer to Europe.

He then joined Qatar-owned Paris Saint-Germain in a world record €222 million transfer in 2017.

Neymar had been one of nine defendants on trial on corruption-related charges, among them his parents and their N&N company, which manages his affairs.

Investigators began probing the transfer to Barcelona after a 2015 complaint filed by DIS. The firm claimed that Neymar, Barcelona and the Brazilian club colluded to mask the true cost of his transfer thereby defrauding it of its legitimate financial interests.

Neymar gave evidence earlier this month, telling the court he had done nothing illegal and that he only signed documents his father gave him.

‘My father has always been in charge’ of contract negotiations, he said. ‘I sign what he tells me to.’

DIS also claimes financial harm from the 2011 pre-contract agreement with Barça, claiming it had impeded other clubs from making offers and affected the value of the transfer fee.

But the player’s father, Neymar Sr, told the court the talks had been authorised by the Brazilian club at the time and that ‘it was Santos’ responsibility’ to inform DIS, and not his.

Apart from Neymar, his father and his mother Nadine Goncalves, two former Barça presidents, Sandro Rosell and Josep Maria Bartomeu, and ex-Santos boss Odilio Rodrigues Filho were among the defendants.

Neymar’s lawyers had insisted their client was innocent, saying the €40-million payment from Barça was a ‘legal signing bonus which is normal in the football transfer market’.

Neymar is having one of his best seasons since he joined PSG and is expected to play a key role for Brazil at the World Cup in Qatar.

More interest in learning Catalan among newcomers to Sitges and Ribes