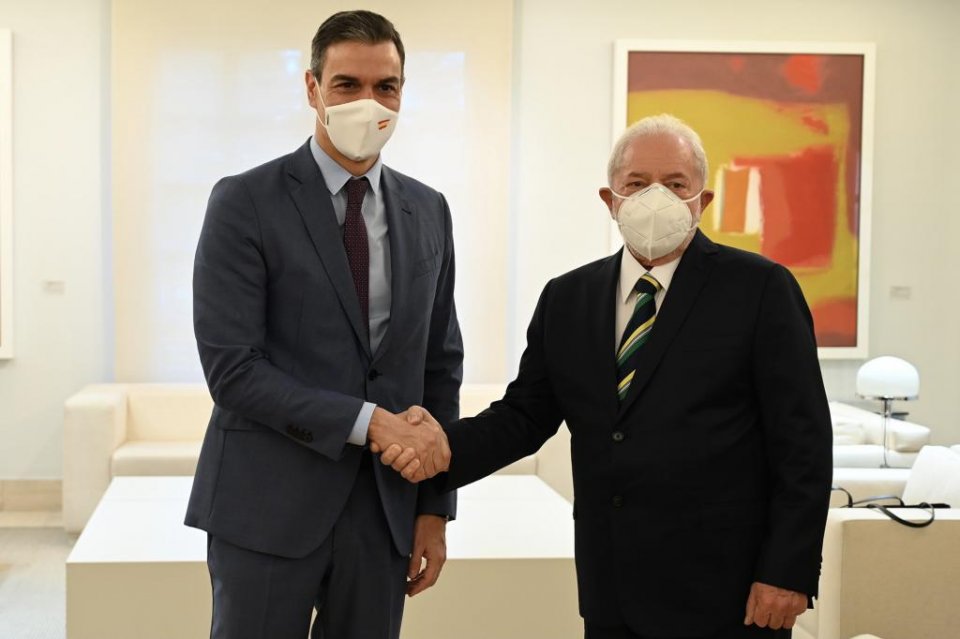 Spain’s Prime Minister Pedro Sánchez has congratulated Luiz Inácio Lula da Silva for his victory in the presidential election in Brazil, urging the two nations to work together to fight climate change.

‘Congratulations Lula on your victory in these elections, in which Brazil has decided to bet on progress and hope,’ Sánchez tweeted. ‘Let’s work together for social justice, equality and against climate change. Your success will be the success of the Brazilian people.’

Ahead of the vote, in which former leftist leader Lula defeated Jair Bolsonaro, Brazil’s far-right climate-sceptic president, climate scientists and environmentalists warned the outcome would have huge stakes for the planet.

In his nearly four years in power, Bolsonaro has become a figure of hate for environmentalists over his support of lumber and mining companies blamed for destroying the Amazon rainforest, with Lula’s win raising hopes for change.

‘Lula’s triumph is a commitment to the fight against climate change, to biodiversity and also for a special status for the Amazon, which is vital for both,’ Spain’s Foreign Minister José Manuel Albares told RNE radio.

The planet’s largest rainforest, which until recently has helped soak up humanity’s soaring carbon emissions, is now strained to the point of starting to release more carbon than it absorbs, research has shown.

Although Lula’s own environmental record is hardly spotless, activists say there is no comparison between him and Bolsonaro, under whom deforestation in the Amazon has soared.