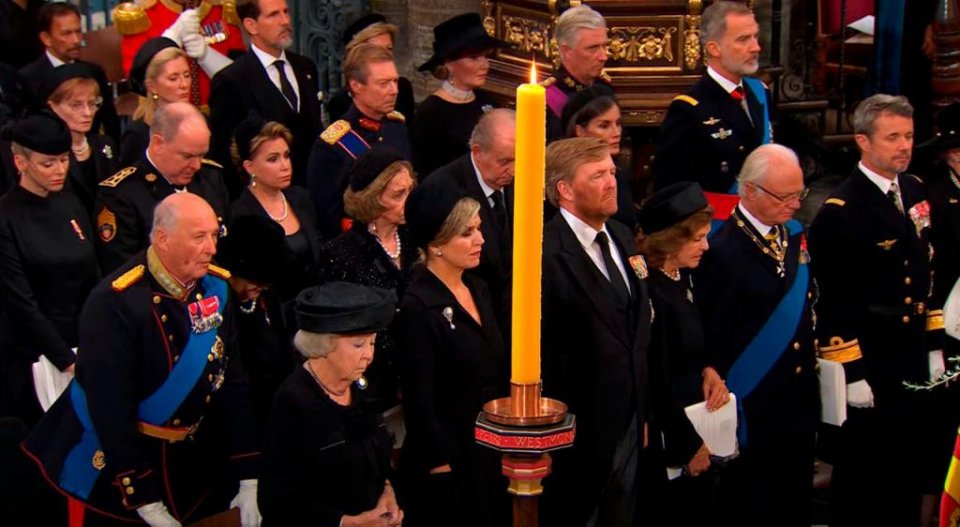 Spain’s King Felipe VI and his father, disgraced former king Juan Carlos I, sat together at the state funeral of Queen Elizabeth II in London on Monday.

It was the first time they have been photographed publicly together since Juan Carlos moved to the United Arab Emirates in 2020, following a string of financial scandals that damaged his reputation, although they did meet privately in May at La Zarzuela palace in Madrid. The former monarch had been visiting Spain for the first time in nearly two years to attend a sailing event in Galicia.

Juan Carlos, 84, and his wife, Sofia, sat alongside Felipe and his wife, Letizia, in Westminster Abbey alongside other heads of states, presidents and prime ministers, to honour a monarch whose 70-year reign defined an age. Royals from Sweden, Norway, Belgium, the Netherlands, and the Queen of Denmark, also attended the state funeral.

Now known as ‘King Emeritus’, the former Spanish king was invited by the British royal family in his capacity as a former head of state. He was related to Elizabeth II, since both were great-great-grandchildren of Queen Victoria of England.

Juan Carlos left Spain for exile on 4 August 2020, after prosecutors started looking into allegations of fraud in Spain and Switzerland. The investigations were later dropped due to insufficient evidence and the statute of limitations. Juan Carlos has declined to comment on the various allegations of wrongdoing.

Felipe, Letizia, Juan Carlos and Sofia had also attended a reception on Sunday evening organised by King Charles III at Buckingham Palace, but they did not arrive together.

Many other heads of state and official overseas guests also attended the event on Sunday evening at Buckingham Palace, which marked the first time Charles and his wife Camilla met many of the world’s most powerful players since becoming King and Queen Consort. Hundreds of dignitaries arrived by bus as the reception, as they did at Westminster Abbey on Monday. Only US President Joe Biden was allowed to arrive n his own armoured limousine, known as ‘the beast’, with his own security motorcade.

It had been expected that Felipe and Juan Carlos would not be sitting together at Westminster Abbey on Monday.

Juan Carlos reportedly travelled to London alone and stayed in a hotel, while Felipe stayed in the residence of the Spanish ambassador, José Pascual Marco.

The Spanish government stressed that the King Emeritus had not travelled to London in any representative role, but on a personal invitation alone.

Sitges tourism and hospitality sector complain about shortage of taxis