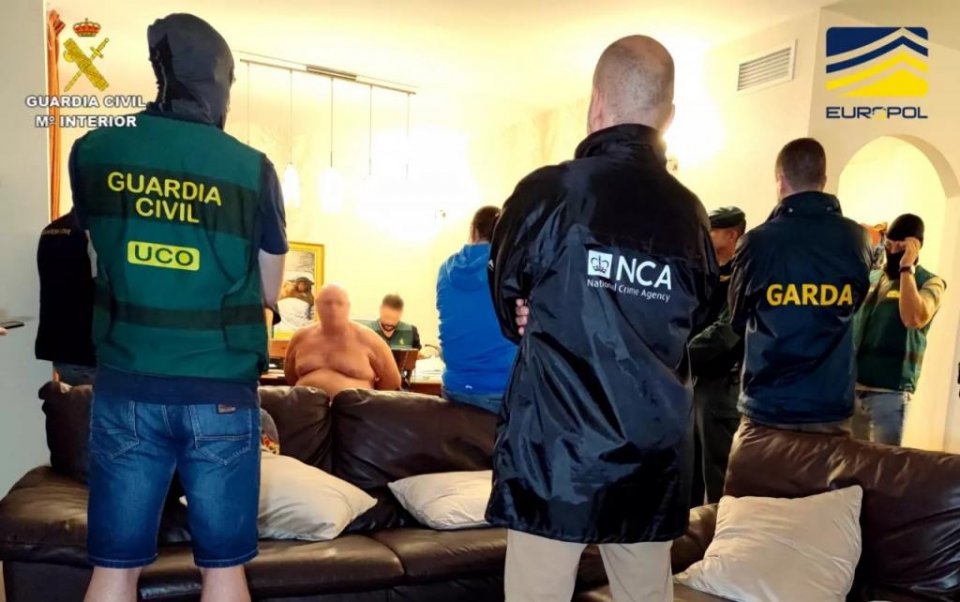 Spain’s Guardia Civil working with Europol have arrested ‘one of Europe’s biggest money launderers’ after a raid in Malaga, Andalusia, saying that the British-Irish suspect is believed to have shifted more than €200 million in illicit cash.

Two of his associates were also arrested in Spain, with 11 property searches being carried out in Spain and the UK, Europol said.

The operation is seen as a significant blow against the notorious Kinahan organised crime group, which law officials in the United States have called ‘a threat to the entire licit economy’.

Europol did not name the suspect, but Irish media have said he is John Francis Morrissey, 62, a known associate of the Kinahan gang.

The main suspect was considered ‘a high-value target for his involvement in a number of high-profile criminal cases throughout Europe’, Europol said in a statement. ‘Earlier in April this year, this person and his company were designated by the US Department of the Treasury for providing support to the Kinahan clan.’

The agency said that money was transferred using the hawala underground banking system, an informal method of transferring money without any physical money actually moving. During the course of the investigation (1.5 years), it is believed that the suspects have laundered over €200 million using this method. The scope of activity of this criminal organisation is worldwide.

The main members of the organisation in Spain had created a brand of vodka promoted in nightclubs and restaurants in the Costa del Sol to disguise the source of their earnings.

In a similar fashion, they had founded a company in the UK, dependent on another company based in Gibraltar, in order to hide the true identity of the administrators of the companies that were being used to launder the illegal profits using the hawala system.

One of the suspects arrested ran a car dealership and was in charge of providing vehicles to the criminal organisation in which he had built concealed compartments to transport the large amounts of cash undetected.

The investigation was initiated by the Guardia Civil at the beginning of 2021 after a series of actions which led to the seizure of 200 kilos of cocaine and €500,000 in cash in vehicles equipped with hidden compartments and owned by the gang.

🚨 One of Europe’s biggest money launderers arrested in Spain.

💶 Linked to the Kinahan clan, the suspect allegedly laundered €200 million in just over a year.

👮 The investigation was led by 🇪🇸, together with 🇬🇧 🇳🇱 & 🇮🇪 authorities.