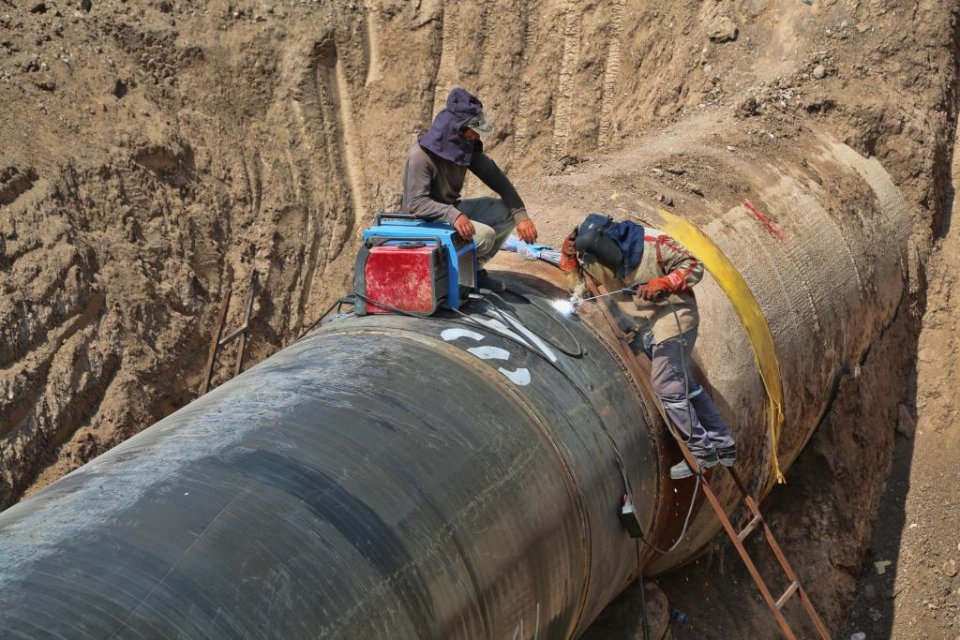 The Russian invasion of Ukraine has boosted political support in Spain for the Midi-Catalonia (MidCat) gas pipeline project, which was originally rejected back in 2019 by French and Spanish regulators amid questions over its environmental impact and profitability. At the time they had also argued that it did not respond to market needs, despite being backed by the European Union.

Since the war in Ukraine, however, Madrid has revived calls to build the huge gas pipeline between Spain and France in order to boost Europe’s energy independence from Russia. The EU has also recently vowed to end its dependence on gas from Russia, which currently supplies nearly 40% of the bloc’s gas needs. ALSO READ: EU president calls for ‘complete import ban on all Russian oil’ in new sanctions.

The MidCat pipeline is ‘crucial’ to reduce the EU’s reliance on fossil fuels and ‘end the Kremlin’s blackmail’, EU Commission President Ursula von der Leyen said on Friday in Barcelona in a reference to Russia’s threats to halt its gas supplies to the bloc.

Initially launched back in 2003, the 190 km MidCat project would pump gas across the Pyrenees from Hostalric just north of Barcelona to Barbaira in the South of France. French pipeline operator Terega, owned by Italy’s Snam, and Spain’s Enagás had submitted the MidCat project in 2018.

Its aim was to transport gas from Algeria through Spain to the rest of the European Union. There are currently only two gas pipelines to France and the Midcat would more than double the amount of gas pumped across the Pyrenees, though building it would take five or six years, according to the Spanish government.

A 750 km deepwater pipeline called Medgaz already links gas-rich Algeria with southern Spain. A second underwater pipeline, called GME links Spain to Algeria via Morocco – but Algiers in November shut supply through it due to a diplomatic conflict with Rabat.

Gas which arrives in Spain by sea and pipeline from Algeria could then be sent on to the rest of Europe though MidCat.

The MidCat pipeline faces several hurdles, however, starting with its huge price tag estimated in 2018 at 440 million euros. It would also take three to four years to complete.

‘MidCat cannot be approached as a short-term solution,’ France’s ambassador to Spain, Jean-Michel Casa, said during an interview with La Vanguadia in March.

In addition, there is a lack of connections between France and Germany, the country which is most interested in finding alternatives to Russian gas.

Despite the debate over its usefulness, MidCat enjoys significant support, especially in Spain where the authorities are pushing for Brussels to declare the project to be of ‘community interest’. France has so far been more reserved but according to Madrid this position is changing.

There is a new ‘perception of the risks and opportunities’ that MidCat brings, Spanish Energy Minister Teresa Ribera has said, adding Paris ‘has understood’ that Midcat ‘must’ be built.

‘The Midcat is good for Europe. Catalonia has its gas supply guaranteed with Barcelona’s port, but we want Europe to also have its supply totally guaranteed,’ Catalan president Pere Aragonès said in an interview last month, adding Catalonia would be an ‘essential and trustworthy’ energy partner. He also said the pipeline’s visual impact would be minimal, so the project could overcome opposition from some politicians and environmental groups.

There have also been questions over the financing for the project. Madrid has argued that Brussels should foot the bill, not Spanish taxpayers, because the project would benefit the entire EU. But the EU Commission has not yet committed to funding it.

Spain also wants the pipeline to be compatible with the transport of green hydrogen, in the hopes this will boost its appeal to Brussels which has made financing renewable energy projects a priority. ALSO READ: Spain plans to lead green hydrogen production with €1.5bn from recovery fund