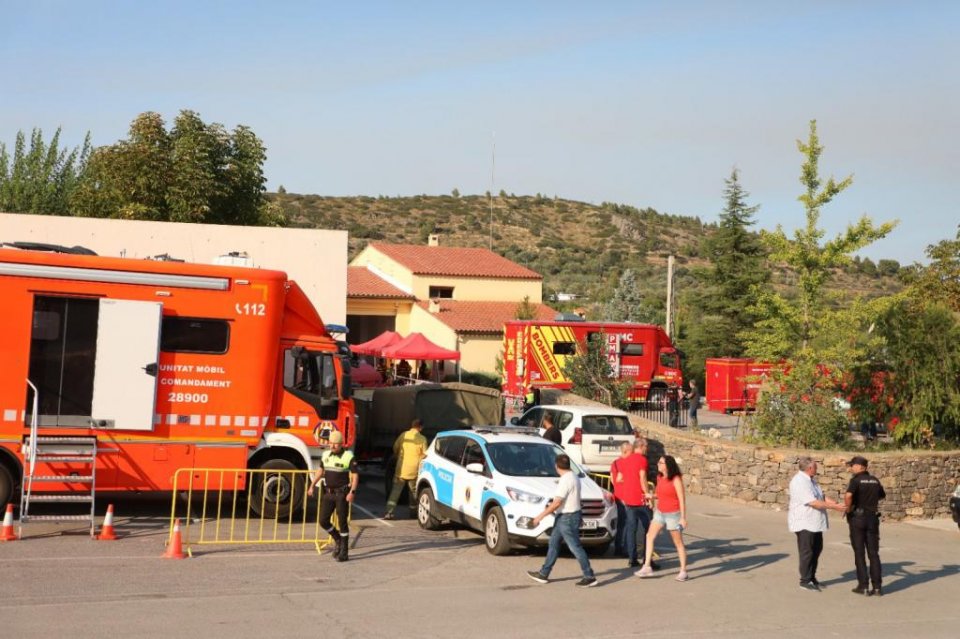 Fire crews battling to contain a wildfire that has devastated vast areas of land in the Valencia region gained more ground on Sunday, allowing officials to lift all remaining evacuation orders.

The blaze, which started last Monday near Bejís in the province of Castellón, has destroyed over 20,000 hectares of land and spurred the evacuation of around 2,200 people.

‘It is in the process of being stabilised. We hope that this afternoon or tomorrow it will be stabilised,’ Valencia regional president Ximo Puig told reporters on Sunday.

‘Now is the time to return to normality, with caution. Everyone from any municipality or district can now return home,’ he added.

The Valencia region’s justice minister, Gabriela Bravo, tweeted: ‘People affected by the Bejís fire can now return to their homes, due to its good evolution. I send a warm hug to all the neighbours who will return today with relief and sadness to their homes. We must remain cautious until it is controlled.’

Local officials had already on Saturday lifted evacuation orders in two villages, Bejis and Toras, because the threat from the flames had diminished.

Firefighters said reduced winds, cooler overnight temperatures and higher humidity levels had allowed them to start to contain the blaze.

But they cautioned that temperatures were still high and expected to rise to 35C, which when combined with hot, dry winds could still rekindle the wildfire.

About 20 aircraft were deployed to battle the blaze on Sunday, compared to 42 the day before, Puig said.

Another major wildfire which broke out last Saturday some 200 kilometres further south in the Vall d’Ebo was brought under control on Sunday, he added. That fire ravaged some 12,000 hectares of woods, bushes and farmland.

The blazes are among the almost 400 to have broken out in Spain so far this year amid a series of punishing heatwaves and long dry spells that have devastated more than 283,000 hectares of land, more than three times the total area destroyed in 2021.

Two dead, after motorist ploughs into nine cyclists in Catalonia before fleeing scene