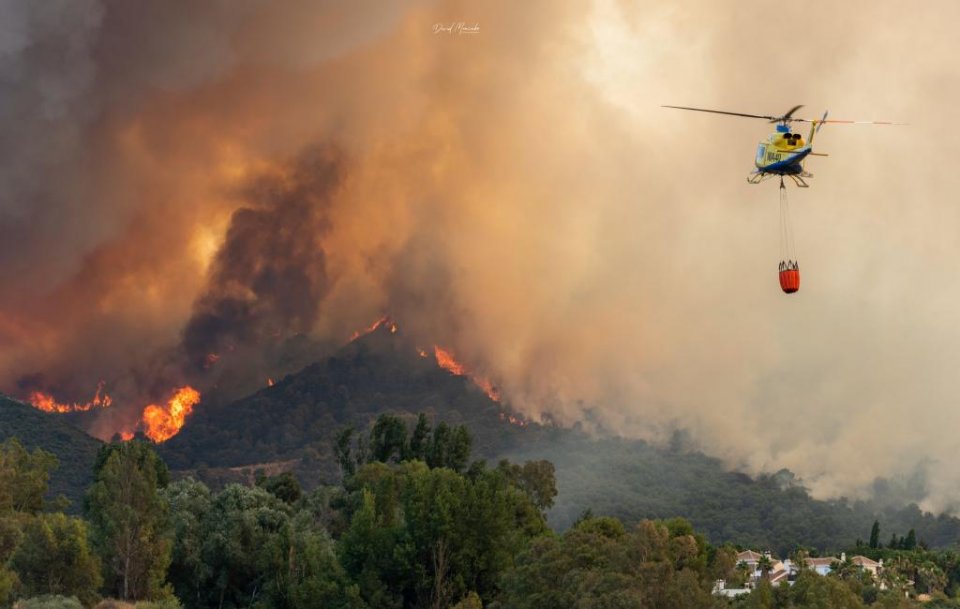 Wildfires raged in Spain and south west France on Saturday, forcing thousands of people to be evacuated from their homes as blistering summer temperatures put authorities on alert in parts of Europe.

In Spain, firefighters were battling a series of blazes on Saturday after days of unusually high temperatures which reached up to 45.7C. ALSO READ: Second heatwave this year in Spain could see temperatures rise to 44C.

The nearly week-long heatwave has caused 360 heat-related deaths, according to figures from the Carlos III Health Institute in Madrid.

Over 3,000 people have now been evacuated from homes due to a large wildfire near Mijas in Andalusia, popular with northern European tourists, the region’s emergency services said in a tweet early on Saturday. Many were taken to shelter in a provincial sports centre. 2,000 were evacuated from Alhaurín el Grande and 1,065 from Alhaurín de la Torre.

The forest fire started at noon on Friday in the Higuerón area, in the municipality of Mijas, and advanced at a great speed on the first day. By 8pm, the wildfire had dramatically multiplied in the direction of Alhaurín el Grande. On Saturday, over 300 firefighters were still battling the blaze, with up to 15 planes and helicopters dropping water from the coast over the flames.

According to MalagaHoy.es, residents of Alhaurín el Grande were also helping to combat the blaze by cutting down pine trees to form firebreaks in the areas of Ardalejos and Cara los Tajos, in order to try and slow the spread of the fire.

Although there is just a gentle wind in the area, according to Plan Infoca, the Junta de Andalucía’s specialist forest fire brigade, the speed of the fire is due to the mass of vegetation that is fuelling it. The area is heavily populated with pine trees and the pine cones can also explode like grenades, the fire brigade said.

Elsewhere in Spain, fires burned in parts of the Extremadura region, close to the Portuguese border, where members of Spain’s Military Emergency Unit were deployed to help tackle the flames, and in the central Castilla y León region.

Meanwhile in France, more than 12,200 people had been evacuated from the Gironde region by Saturday morning as more than 1,000 firefighters battled to bring a wildfire under control, regional authorities said in a statement.

➡️ Large parts of #Andalucia, southern #Extremadura, east of #Salamanca in #CastillaYLeon and in parts of #CastillaLaMancha 🇪🇸
➡️ The south of #Portugal🇵🇹
➡️ The southern Rhône Valley, in #France🇫🇷 pic.twitter.com/ULDiKHz40N