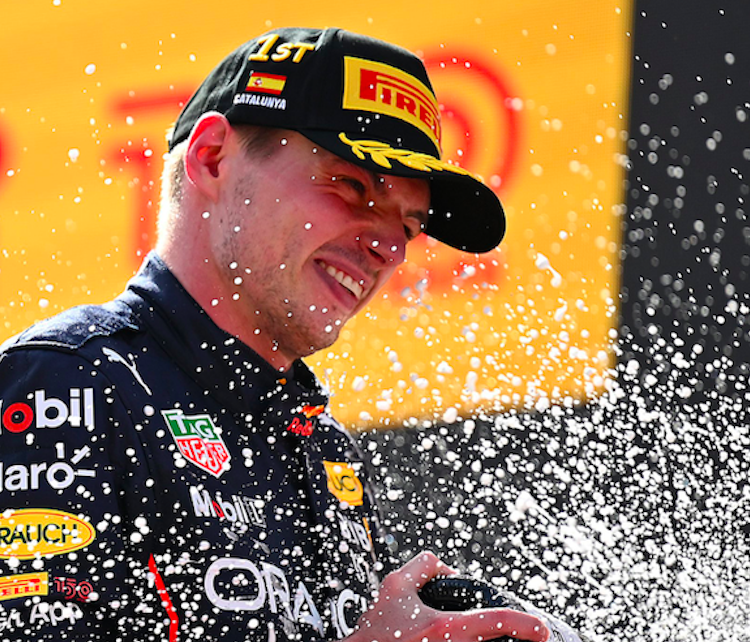 Max Verstappen reaped the reward of Charles Leclerc’s misfortune to rack up his third straight win this season in Sunday’s Spanish Grand Prix and move top of the Formula One drivers’ standings.

Sergio Perez took second for a Red Bull 1-2 at the Montmelo circuit behind the world champion where in 2016 Verstappen had opened his F1 account as a teenager.

Leclerc was sitting comfortably in the lead from pole until lap 23 when a sudden loss of power proved fatal to his Ferrari.

The man from Monaco arrived in Catalonia 19 points in front in the title race, but left it six points behind Verstappen ahead of his home race next weekend.

Verstappen had to overcome being blown off the circuit and into the gravel by a gust of wind early on and some technical niggles.

‘Difficult beginning but a good end! I tried to stay focussed, which is not always easy,’ he said.

Mercedes showed improved form after a bumpy start to the season with George Russell claiming third.

Lewis Hamilton in the other Mercedes threaded his way through the field after being forced into the pits shortly after the start with a puncture to take fifth.

Definitely not the smoothest of days but we’ll take that! 🥵💪

To have another One-Two makes me very proud. A big thank you goes out to @SChecoPerez for being a great teammate once again 🤝

And also thanks to @redbullracing for the mega job on strategy 🙌 (1/2) pic.twitter.com/xjjhJMPiaI