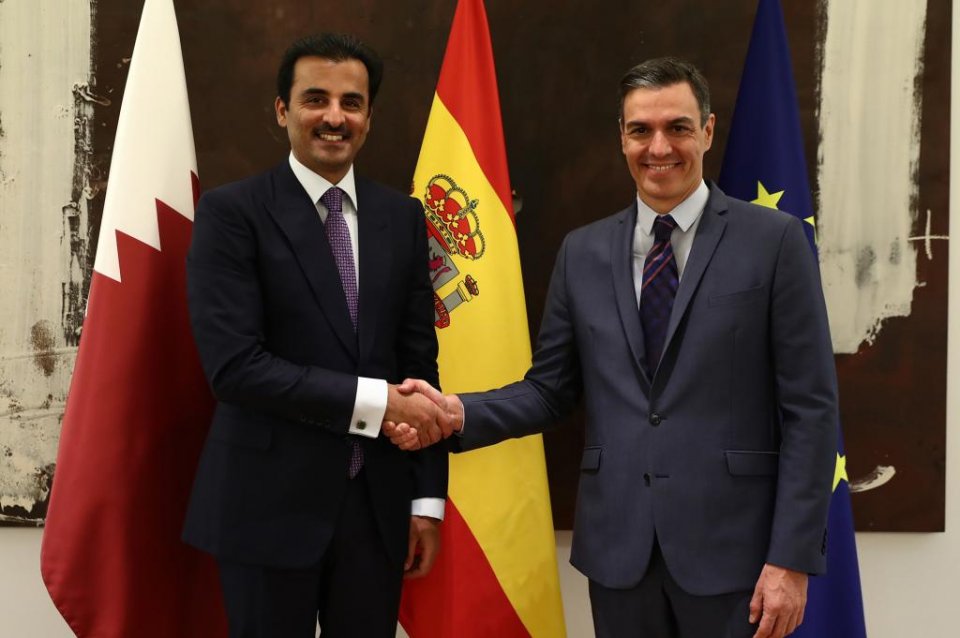 Qatar has committed to investing 4.7 billion euros in Spain as the country launches an economic overhaul with its share of European Union pandemic recovery funding.

The details of the investments were not made public beyond Spain’s government saying that they would help guarantee the country’s ‘energy security’ and its transition to a ‘green economy’.

But with Europe scrambling to find alternatives to Russian energy, Qatar has been looked to a source of liquefied natural gas given its massive gas reserves.

The emir and Spanish prime minister met on Wednesday in Madrid and signed 12 agreements to solidify stronger bilateral relations. The agreements covered topics ranging from the economy and commerce to education, military cooperation, health and science.

The leaders’ meeting took place on the second day of the emir’s state visit to Spain, which included the inaugural Spain-Qatar business forum.

‘In the current international context of the conflict in Ukraine, this new bilateral strategic relationship with Qatar becomes even more important for Spain for reasons not only of investment but also energy security,’ the Spanish government said in a statement.

Spain leads Europe with six liquified natural gas processing plants at its ports. Beyond aiming to diversify its own energy mix, Spain is pushing to become an energy hub for Europe.

The investments will be made by the Qatar Investment Authority sovereign fund and directed towards projects by Spain’s public finance authority COFIDES ‘to find investment opportunities aligned with’ the country’s plans for using the EU recovery funds, the Spanish government said.

Spain, which received the second-biggest EU allocation behind Italy, plans to deploy 70 billion euros of direct EU transfers during 2021-23. It is set for an additional 70 billion euros in EU loans between 2023-26.

Spain is rolling out a series of major public investment projects using its share of the EU’s pandemic recovery funds, which the prime minister has compared to a ‘Marshall Plan for Europe’.

With a heavy focus on sustainability and digitisation, the projects are designed to encourage major private-sector investments. They include a push to promote electric cars in Spain and for the development of green hydrogen as a clean energy source.

The Spanish government said the money from Qatar would ‘provide a flow of investments into Spain for its projects for a green and digital economy’.