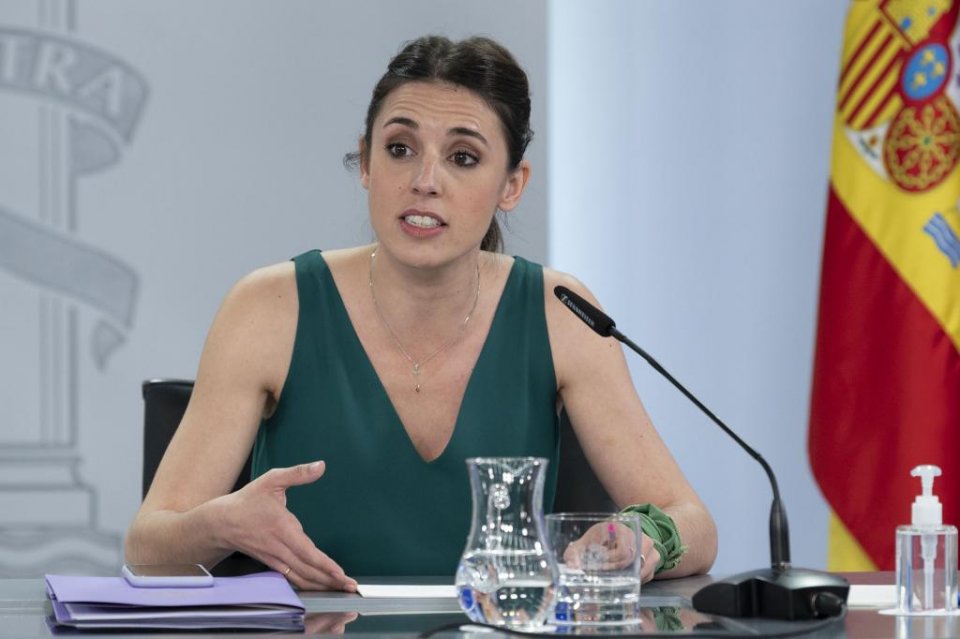 The Spanish left-leaning coalition government approved a draft bill on Tuesday to reinforce abortion rights and make Spain the first country in Europe to offer state-funded paid leave for women who suffer from severe period pain.

‘Today we send an international message of support to all women who are fighting for their sexual and reproductive rights,’ Equality Minister Irene Montero told reporters, with the government hoping to guarantee access to abortion across Spain and de-stigmatise menstrual health with its new bill.

‘We must guarantee that it is the women who decide what happens to their own bodies,’ added Montero.

‘The taboo is over, the stigma, suffering in silence. Today we are the first country in Europe to recognise menstrual health rights,’ Montero tweeted on Tuesday.

If passed, the new law will eliminate parental consent for women aged 16-17 who wish to terminate their pregnancy, and remove the compulsory three-day reflection period.

It also includes paid leave for pregnant women from week 39 and guarantees the distribution of free menstrual products in public institutions such as schools and health centres.

The draft law also states that surrogate pregnancy, which is illegal in Spain, is a form of violence against women.

Spain’s abortion reform of 2010 allowed women to terminate unwanted pregnancies on demand within 14 weeks, or up to 22 weeks in cases of severe foetal abnormalities.

The draft bill also addresses so-called conscientious objection, which allows doctors to refuse to carry out abortions – a subject of heated debate between rights groups and right-wing activists. State clinics must provide a willing specialist, it says.

The draft bill has provoked a debate in Spain about whether the paid menstrual leave rule will help or hamper women in the workplace.

It will go to a public hearing before another reading in the cabinet, and a vote in the Spanish Congress is still months away from being approved.

The Spanish government’s move comes as thousands of abortion rights supporters rallied across the United States on Saturday, angered by the prospect that the Supreme Court may soon overturn the landmark Roe v. Wade decision that legalised abortion nationwide half a century ago.