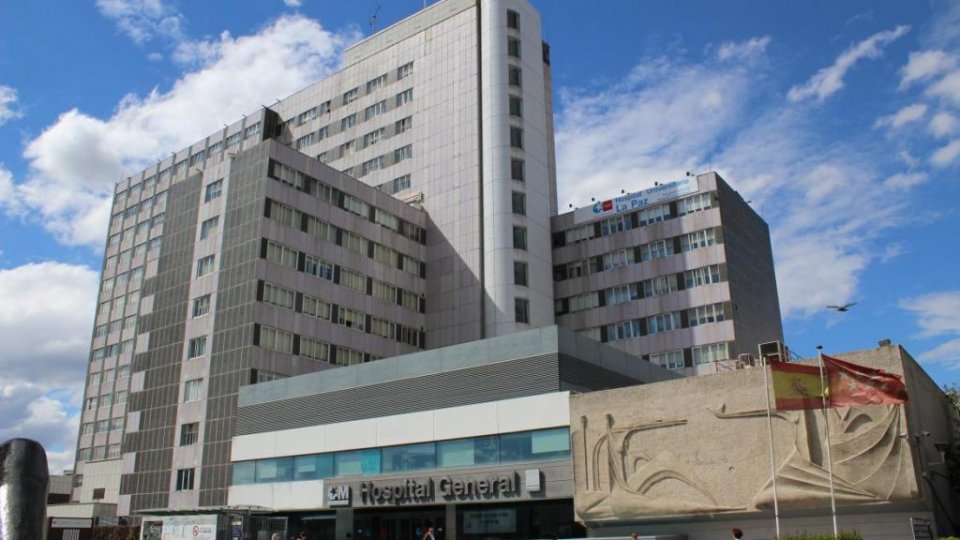 Spain first issued an alert on Wednesday to say it had eight suspected cases of monkeypox – referred to as viruela de mono in Spanish. Seven of these cases had been confirmed by Thursday afternoon. ‘It’s unlikely that there will be a lot of transmission, but we can’t rule it out,’ the country’s health emergencies director Fernando Simón had told journalists.

The figure has since increased to 22 further suspected cases, Madrid region health authorities said in a statement. All cases remain unconfirmed, but it has increased to the concern about the virus spreading across Europe.

‘In general, its transmission is via respiratory drops but the characteristics of the 22 suspected infections point to it being passed on through bodily fluids during sex relations,’ the statement from Madrid said, without giving further details.

The World Health Organization (WHO) has identified cases in the UK and Portugal in recent days, and Spain’s cases indicate that the virus has now entered the country, with regional health authorities being asked to be on alert for further cases.

Monkeypox is a rare viral infection similar to human smallpox, though milder, first recorded in the Democratic Republic of Congo in the 1970s. The number of cases in West Africa has increased in the last decade. It had previously been eradicated in Spain and many other countries across the world.

Although recent cases of monkeypox have been identified in different countries, it is not clear if the outbreaks are necessarily linked and therefore is spreading across the continent, or how long the virus has been in circulation.

Speaking about the Spanish cases identified this week, Madrid’s General Directorate of Public Health said that the cases ‘are currently under study in coordination with Spain’s National Centre of Microbiology, which have the necessary techniques to confirm or rule out the diagnosis’.

The Directorate had also referred to 22 people currently showing symptoms of the virus, and that transmission could be related to sexual activity.

The statement explained that ‘generally speaking, monkeypox is spread by respiratory transmission, but the characteristics of the 22 suspected cases point towards transmission through mucus during sexual relations’.

As part of the investigations into the virus occurring and its ability to spread, British authorities have highlighted that four cases have been detected in men who have recently been sexually active with other men.

Explaining that the severity of the symptoms was not alarming, the Directorate said that ‘the people involved are doing well and isolating at home, but a close eye is being kept on them in case they need hospital treatment’.

Symptoms of the virus include fever, headache, muscle aches, swollen lymph nodes and chills. Also, a rash that is similar to chickenpox or syphilis can appear and spread from the face to other parts of the body.

There is no treatment for monkeypox, or an inoculation that can protect humans specifically from the virus. However, the smallpox vaccine does give immunity to monkeypox and can also act as a treatment to those people who have recently been exposed to the virus.

Until the recent outbreak, monkeypox cases were generally confined to western and central Africa, where the virus is endemic. Only a very small number of cases were thought to have been brought to Europe by travellers returning from these regions.

The recent cases identified in the UK, Portugal and Spain could indicate that the virus is now spreading and potentially mutating in Europe.

Health authorities in Spain will continue to monitor cases and suspected cases closely in the coming days, in a bid to identify origins of infection and limit further spread of the virus.