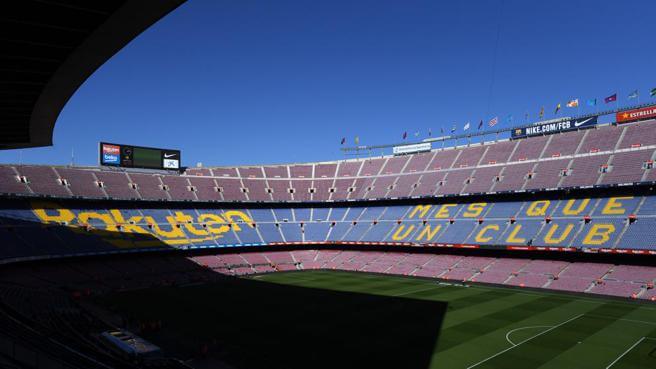 FC Barcelona will play the 2023-24 season away from Camp Nou whilst Europe’s biggest football stadium undergoes a huge overhaul, the club announced on Thursday.

The club said Barcelona will play its games at the municipally owned Lluís Companys Stadium. The stadium, which has a capacity of about 60,000 spectators, hosted the opening and closing ceremonies of the 1992 Olympics.

The club said its long-delayed project to remodel and modernise Camp Nou, which currently seats 99,000 spectators, will begin this year after it received the final go-ahead from Barcelona City Council.

The mayor of Barcelona, ​​Ada Colau, and the president of FC Barcelona, ​​Joan Laporta, addressed the media at City Hall immediately after the City Council’s Governing Commission had approved the award of the permit to restructure the stadium.

Games will continue to be played at Camp Nou next season (2022-23). After playing the following campaign away from Camp Nou, the club wants games to return for the 2024-25 season, albeit with attendance reduced to 50% because of construction work. The club then plans to finish the stadium work during the 2025-26 season.

The club wants to increase Camp Nou’s capacity to 110,000 whilst also refurbishing its surrounding area, which includes a pavilion for the club’s other sports, the museum and stores. It has budgeted 1.5 billion euros for the work and is referred to as the Espai Barça project.

Barcelona’s city rival, Espanyol, played at the Lluís Companys Stadium from 1997-2009. Barcelona had considered using its much smaller Johan Cruyff Stadium, which is located outside the city, as an alternative site.

Last month, FC Barcelona and Spotify, the global audio streaming subscription service, confirmed their ‘strategic long-term partnership’ for the Swedish company to become the main sponsor of the club and its official audio streaming partner. The deal includes rebranding the stadium as Spotify Camp Nou.and starts with the 2022/23 season.