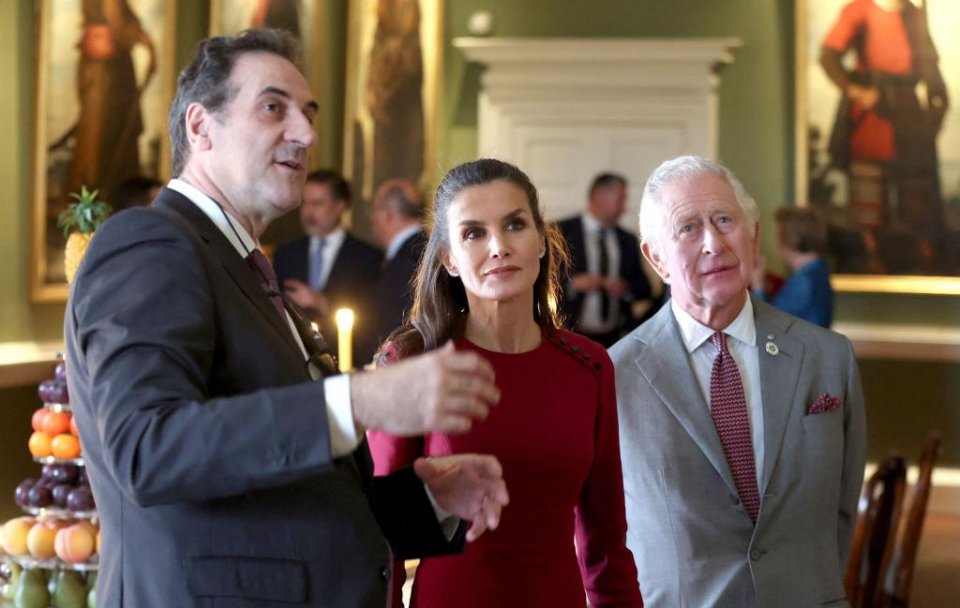 Queen Letizia of Spain accompanied Prince Charles for the inauguration of the first UK museum dedicated exclusively to Spanish art on Tuesday, which is also part of an ambitious town regeneration effort, known as the Auckland Project.

Letizia, 49, and the 73-year-old British heir to the throne visited the new ‘Spanish Gallery’ in Bishop Auckland, in County Durham, northeast England, which boasts one of Europe’s best-preserved bishop’s palaces.

The gallery is home to the UK’s largest collection of 16th and 17th century Spanish art outside London, including work by El Greco, Murillo and Velazquez.

The Auckland Project is a regeneration charity working to establish Bishop Auckland as a heritage visitor destination. The art collection began with an exceptional collection of 13 life-size figures painted by Francisco de Zurbaran (1598-1664), a master of the Spanish Golden Age of art. The paintings were bought by Bishop Trevor in 1756 and have hung in Auckland Castle ever since. It is one of the largest collections of Zurbaráns in the world.

Philanthropist Jonathan Ruffer and his wife Jane, who are behind the whole project, purchased the paintings as well as the palace in 2012, after learning the artworks were for sale and were in danger of being uprooted from their longtime home.

‘He thought it was a real shame, a sadness for the town, and so he thought we should buy the paintings,’ Jane Ruffer told reporters on the fringes of the royals’ visit. ‘In the end, we got the paintings and the castle and the grounds,’ she explained. ‘The question then was what to do with it?’

Jane Ruffer noted that the town had traditionally served the castle and its bishop over the centuries, but the couple wanted to reverse that with their present-day venture.

A decade and £200 million later, the palace now comprises galleries, gardens and parks, with the Zurbarán paintings on display there.

It opened to the public in 2019 after a lengthy restoration, and together with the new Spanish Gallery in the town centre, are ‘a long-term project’ for the couple.

The gallery, which first welcomed visitors in October, is now Britain’s largest collection of Golden Age paintings outside London and the only museum in the country devoted to Spanish art.

‘Some (museums) have a room, but the Meadows (Museum) in Texas and this here are the only dedicated Spanish galleries,’ said Ruffer, who spent a decade alongside her husband finding and acquiring the pieces at auction.

Home to around 24,000 people, Bishop Auckland has been in decline since the closure of the coal mines at the end of the last century and now suffers from high unemployment.

The Ruffers are hoping the sites will become atractions drawing in tourists, helping to boost the local economy and the need for hotels, restaurants and other enterprises.

🇬🇧 🇪🇸 It was a pleasure to welcome Her Majesty The Queen of Spain to Bishop Auckland today to officially open The Spanish Gallery @aucklandproject. pic.twitter.com/z6dnktnYWg

— The Prince of Wales and The Duchess of Cornwall (@ClarenceHouse) April 5, 2022