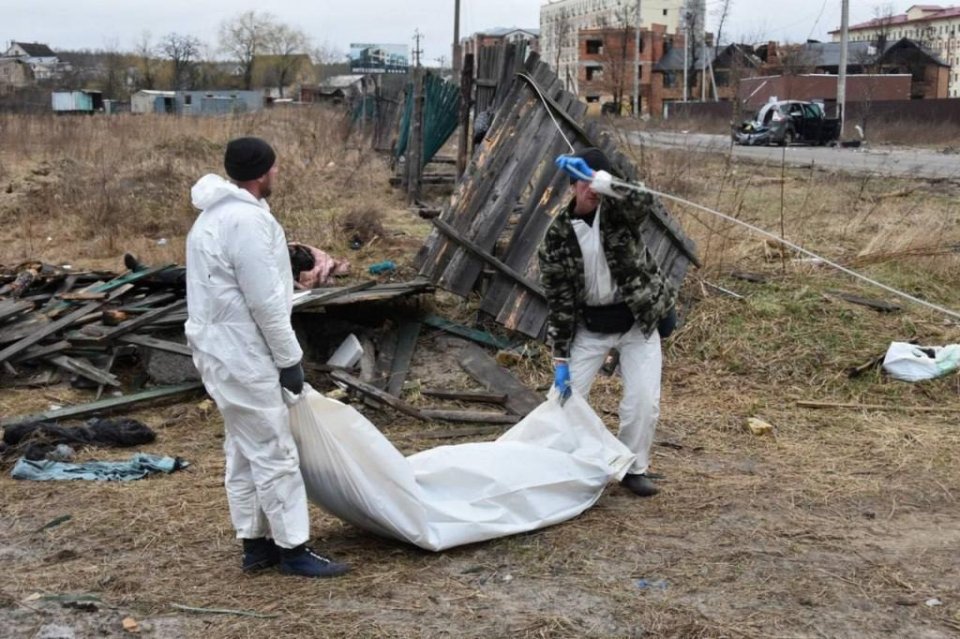 Russia faced a fresh wave of condemnation from Western leaders on Monday after evidence continued to emerge of what appeared to be deliberate killings of civilians in Ukraine. Some leaders have called for further sanctions in response, even as Moscow continued its offensive in the country’s east.

The images of battered corpses lying in the streets or hastily dug graves has unleashed a wave of outrage that could signal a turning point in the nearly 6-week-old war.

Spanish Prime Minister Pedro Sánchez said on Monday that he saw signs of a possible ‘genocide’ in Ukraine after claims that Russian forces committed atrocities against civilians in Bucha, a town outside the capital of Kyiv.

French President Emmanuel Macron said that there is ‘clear evidence of war crimes’ in Bucha that demand new measures. ‘I’m in favour of a new round of sanctions and in particular on coal and petrol. We need to act,’ he said on France-Inter Radio on Monday.

Ukrainian officials have said the bodies of 410 civilians were found in towns around Kyiv, that were recaptured from Russian forces in recent days. In Bucha, according to the Associated Press, one group of nine bodies, all in civilian clothes, were scattered around a site that residents said Russian troops used as a base. They appeared to have been shot at close range. At least two had their hands tied behind their backs.

In Motyzhyn, to the west of Kyiv, AP journalists also saw the bodies of four people who appeared to have been shot at close range and thrown into a pit. Residents said the mayor, her son, and her husband — who had been bound and blindfolded — were among them.

‘We will do everything to ensure that those who have perpetrated these war crimes do not go unpunished, and therefore appear before the courts … to deal with these alleged cases of [crimes against] humanity, war crimes and why not say it too, genocide,’ Sánchez said.

‘Putin’s unjustified aggression has brought war back to the gates of the European Union,’ he told an economic forum in Madrid.

Sánchez is one of the first European Union leaders to label Russia’s actions in Ukraine a ‘genocide’.

Polish Prime Minister Mateusz Morawiecki on Monday also called for an international investigation into what he termed a ‘genocide’ carried out by Russian troops in Ukraine.

‘This is genocide. The elimination of the whole nation and the people,’ Zelensky told the CBS programme Face the Nation, according to a transcript provided by the network on Sunday.

Russia has denied the accusations and said Kyiv had staged footage of the corpses.

The headline image of this report from Bucha was one of four images tweeted by @Podolyak_M (see below) – verified Adviser to the Head of the Office of President of Ukraine, Volodymyr Zelenskyy.

🇷🇺 came in 🇺🇦 with military bands and columns of the Rosguard. But they were followed by mobile crematories. Why do you need them if you don’t believe in resistance? Now we know – to hide war crimes. This is not a performer's mistake. This is a planned genocide. #BuchaMassacre pic.twitter.com/koRdQbtbX8