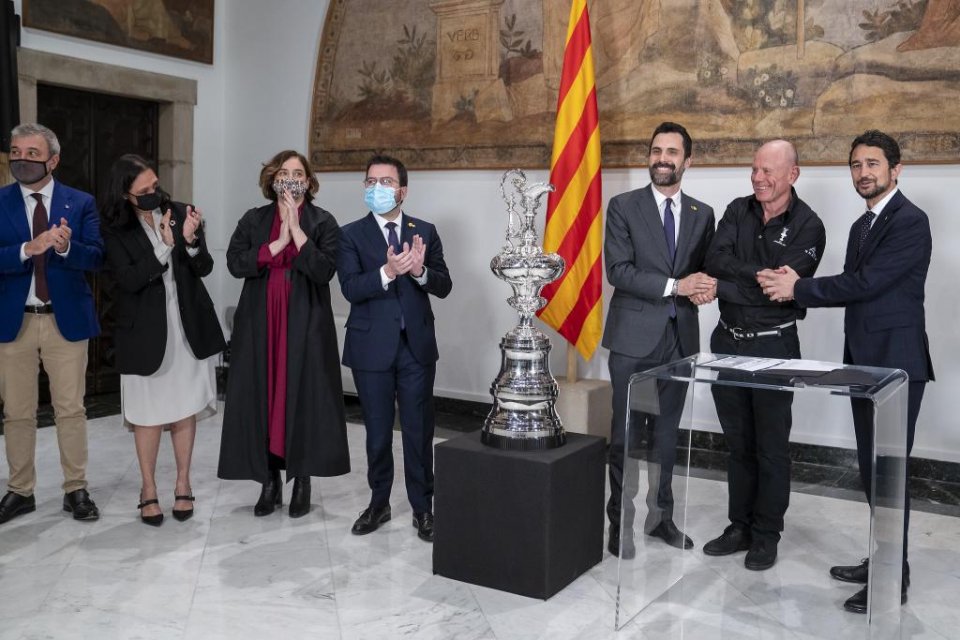 Barcelona has been confirmed as the host venue for the 2024 America’s Cup, the world’s oldest international yacht race.

It means that the city will be the first venue ever to host both an Olympic Games and an America’s Cup yachting event.

Barcelona’s eclectic mix of ‘history and modernity’ and a reputation as ‘one of the most iconic and attractive cities in the world’ sealed the decision for the Royal New Zealand Yacht Squadron, the winners of the last edition of the race.

Tradition dictates that the winning team have the right to decide on the host city for the next race. The New Zealand team retained the cup in 2021, when they had selected Auckland as the start for that year.

When deciding on the host city for 2024, other contenders had included Cork in Ireland, Jeddah in Saudi Arabia, and the southern Spanish city of Malaga.

He went on to describe how the sport and America’s Cup event has expanded and developed in recent years and the importance of this, saying that ‘having the event hosted in a significant city such as Barcelona will allow us to propel the growth trajectory on the global sporting stage’.

The city’s bid to host the event was a combined effort of organisations from both the private and public sectors, including the Catalan government, Barcelona City Council, City Hall of Barcelona, Port of Barcelona, and Barcelona Global, an investment agency.

Also working on the bid was Barcelona & Partners, a non-profit organisation consisting of over 200 leading institutions in the city, who are aiming to make Barcelona one of the world’s best cities for talent and economic activity.

Barcelona being awarded the accolade of host venue for the race is a significant achievement, as it allows the city to be a focus for a global audience.

Speaking to Catalunya Ràdio earlier this week about the bid, Catalan Business Minister, Roger Torrent, said that ‘the America’s Cup is a very important brand’ that will help attract further investment into the region, highlighting that the event is particularly high profile with American audiences.

Explaining more about the benefits of this, Catalan president Pere Aragonés said ‘it is a historic sporting event, which has a great projection worldwide at an international level, economically and for tourism. It is an event that will generate a return across many platforms over years and will leave a very important legacy for Catalonia’.

Barcelona’s reputation as a hub for innovation and emerging technologies, along with sustainable development, including in the nautical sector, was a key part of the city’s bid, and this was highlighted in the announcement confirming its selection as host venue.

World record attendance of 91,553 for women’s football match in Barcelona