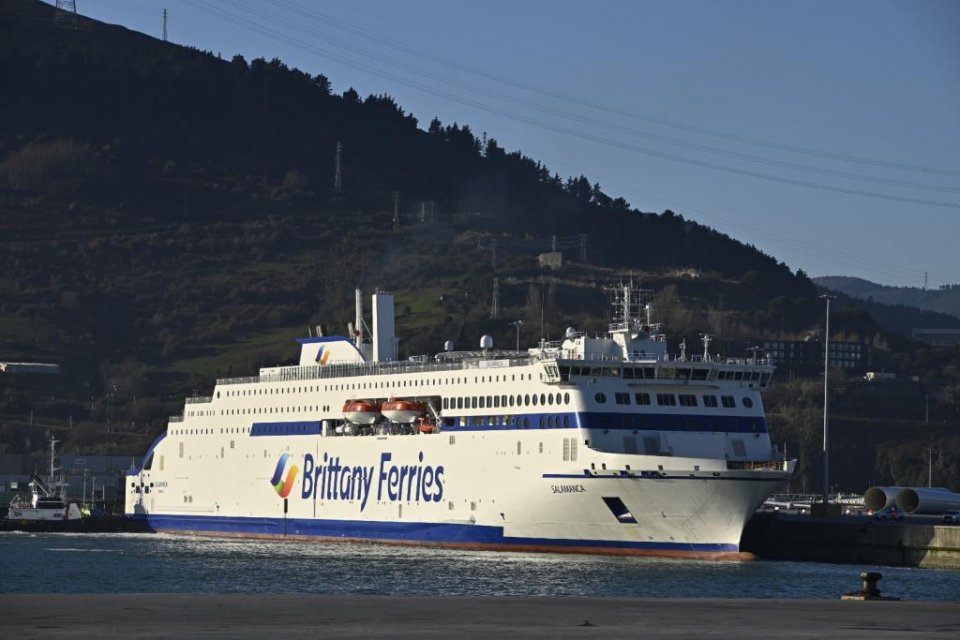 Brittany Ferries has inaugurated this week the first liquefied natural gas (LNG)-powered ferry route between Portsmouth in the UK and the Spanish port of Bilbao. Another new green energy ferry route is set to connect Portsmouth with the port of Santander (Cantabria) next year.

Two more LNG-electric hybrid vessels will also be ready by 2025, connecting Portsmouth with St Malo and Caen in France. The LNG-vessels offer a smoother, quieter ride for passengers, as well as less carbon emissions during the journey, Brittany Ferries said.

Although Salamanca is not the first ship to be powered by LNG, she will be the first regularly operating on the Channel. Ferry services powered by LNG already operate in the Baltic Sea and the technology is ‘tried, tested and safe’, the company said in a statement.

‘LNG-powered ships like Salamanca are a clear statement of our commitment to the future and to fleet renewal,’ said Christophe Mathieu, Brittany Ferries CEO.

‘They are cleaner vessels, significantly cutting air quality emissions like soot and sulphur. That’s good news for port partners today, but they could be even greener in the years to come. Salamanca is capable of running on future fuels like e-methane or bio-methane if these become available in volume. Either has the potential to cut carbon footprint significantly, in addition to the cleaner air that LNG-power brings from day one,’ said Mathieu.

The Salamanca will make two round trips from Portsmouth to Bilbao each week – one way will take about 28 hours – and it will also make a weekly return voyage to Cherbourg in France.

The vessel will sail with around 500 cubic metres of LNG and will be refuelled about twice a week in Bilbao, at the new refuelling station being created by Repsol.

A cryogenic tank with the capacity to hold up to a thousand cubic metres at -160C degrees has been installed there. The president of the Port Authority, Ricardo Barkala, said that it will also provide service to other gas vessels that use the port.

Salamanca is one of the largest ships in the Brittany Ferries fleet. She is 214.5 metres long, with ten decks and can host up to 1,015 passengers in 341 cabins. With nearly 3km of space, she can also transport cars and freight.

The Managing Director of @BrittanyFerries, Christophe Mathieu, and the President of the Port Authority of Bilbao, Ricardo Barkala inaugurate the new #ferry #Salamanca
#Bilbaoport @PortsmouthPort pic.twitter.com/XpvFpYi2D0