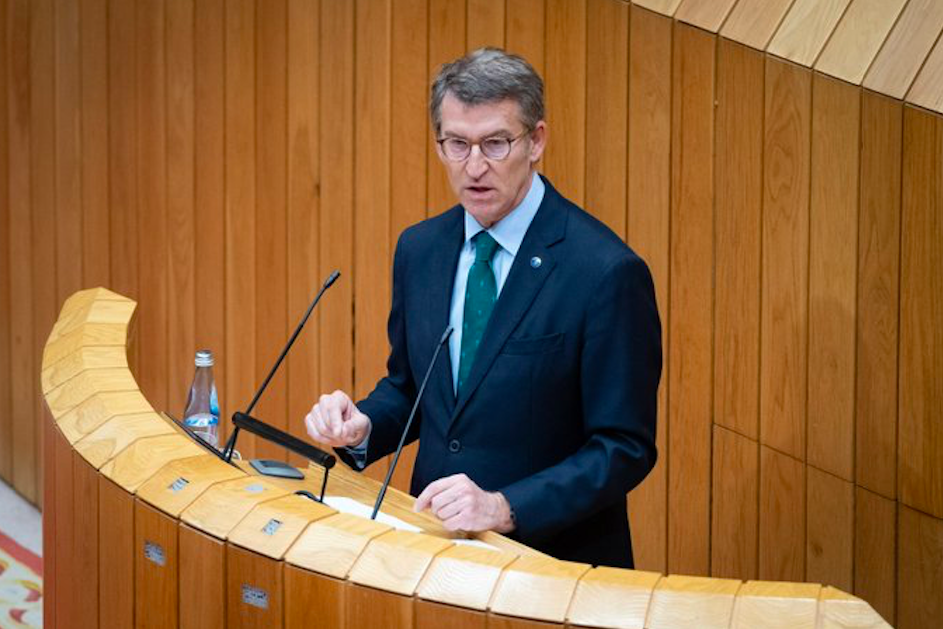 Alberto Núñez Feijóo, the 60-year-old current president of the Galicia region, has received the unanimous support from members of Spain’s right-wing opposition party, the People’s Party (PP), to become the group’s new national leader. Unopposed in the voting process, he received 99.63% of the 36,781 ballots cast.

Outgoing PP leader Pablo Casado – forced to resign back in February after a spying scandal involving the Madrid region’s leader Isabel Díaz Ayuso – also voted in favour of Feijóo at the group’s congress.

‘He has always given me his loyalty and friendship,’ Casado said of Feijóo, who has been the regional president of Galicia since 2009.

Feijóo, born in Ourense in the Galicia region in 1961, studied law and joined the ranks of the PP in 1996.

When the PP picked a new leader following the resignation of former Prime Minister Mariano Rajoy in 2018, Feijóo ruled himself out of the candidacy race. Pablo Casado was elected at the time with only 34% of the vote.

The PP will be hoping Feijóo can unite the party after the internal battle between Casado and Ayuso in February saw support for the PP drop to 20% in an official voting survey carried out in early March.

Much younger than the ruling PSOE socialist party, the PP was founded in 1976 and has historically had a conservative, Christian-democratic ideology, although the emergence of the far-right Vox party has forced the party further right on many issues. Also read: Spain’s far-right Vox party forms part of regional government for first time.

The party was in power from 2011 until 2018, before corruption scandals forced out Mariano Rajoy’s government and led to the return to power of the socialists under Pedro Sánchez.

Around 25,000 Ukrainian refugees have arrived in Spain so far, claims Minister