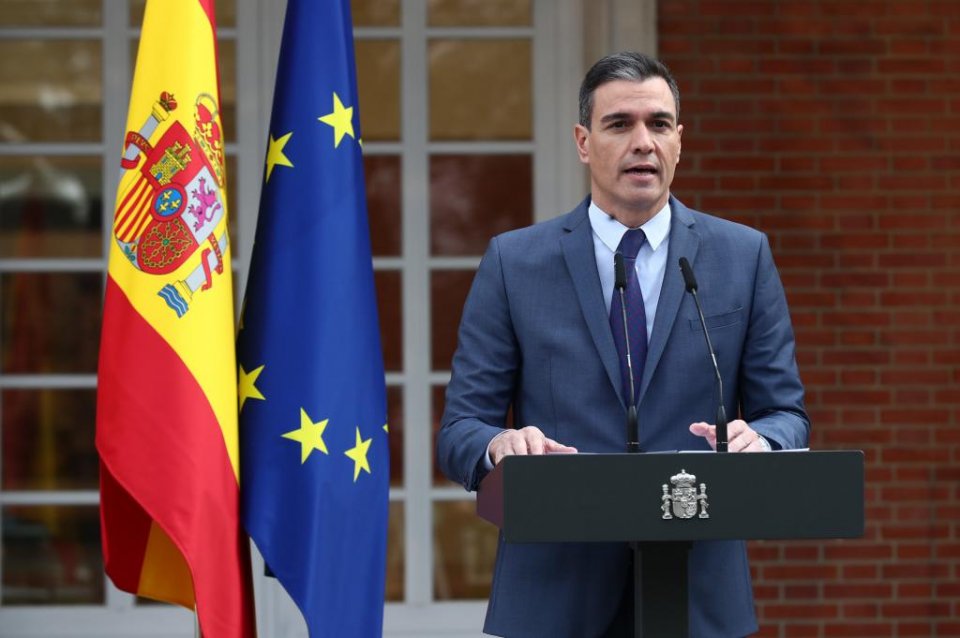 Prime Minister Pedro Sánchez announced in the Spanish Congress on Wednesday morning that his government WILL finally be sending weapons individually to Ukraine following the Russian invasion, in addition to the country’s contribution to the European Peace Support Fund.

Speaking in the Parliament House on Wednesday, Sánchez said that Putin’s actions were ‘cruel’, ‘premeditated’ and ‘fallacious’ and expressed the pain and sympathy of the Spanish people regarding the recent loss of life in Ukraine. He said that Spain would be sending ‘military hardware’ to help the ‘Ukraine resistance’.

The material will be shipped on Friday on two planes bound for Poland, where it will then be handed over to the Ukrainian authorities, Robles explained to Antena 3 TV.

During an interview with public broadcaster TVE on Monday evening, the prime minister had originally said that Spain would not be sending weapons to Ukraine on its own, unlike other EU states are planning to do.

Sánchez had said that any Spanish military support to the government of Volodymyr Zelensky would be processed through the European Peace Support Fund, and from which 500 million euros will be allocated from Spain to help Ukraine.

The Spanish prime minister had also said during the interview that his government does not have plans to approve an increase in military spending, unlike a recent decision taken by Germany as a result of the Russian invasion of Ukraine.

Germany, Estonia, Finland, Sweden and Norway have all recently confirmed that they will be sending weapons to help Ukraine.

Sánchez had said that Spain’s support for Ukraine will be through three channels: humanitarian aid through Poland and Moldova, sending protective equipment – helmets and vests – and the contribution of 500 million euros, to supply weaponry, as part of the EU Peace Support Fund.

Spain has already sent 20 tonnes of equipment and supplies to Ukraine. The cargo consisted of medical supplies (masks, gloves and medical protection suits) and defence and personal protective equipment provided by the army (helmets, flak jackets and NBC protection).

During the TV interview, the PSOE socialist prime minister had also avoided responding to questions related to the disagreements within his coalition government with the left-wing Podemos party, who had been very critical of the role played by NATO before the Russian invasion of Ukraine.

The leaders of Podemos have also criticised the European decision to ban the broadcasts of the Russian television channels RT and Sputnik.

‘The greatest gift we could give Putin is division, not unity,’ Sánchez said.