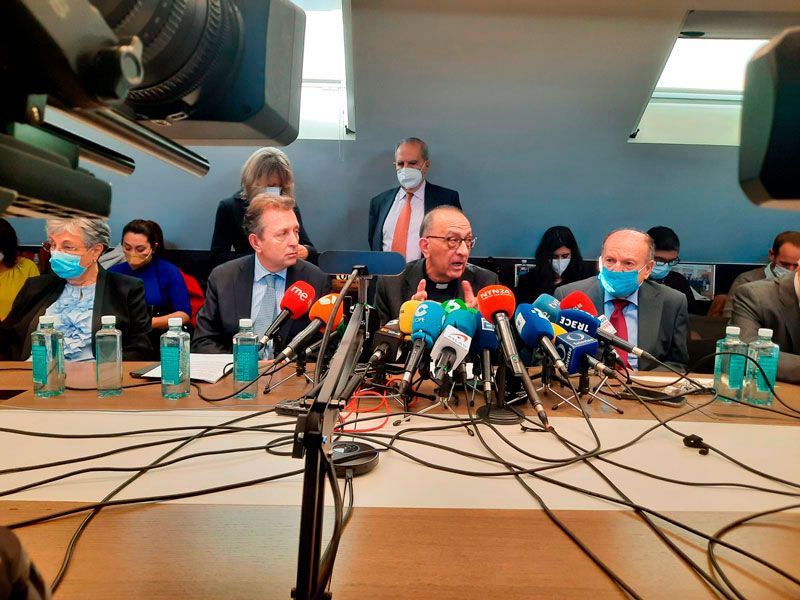 Spain’s Catholic Church has said that a Madrid-based law firm will carry out an independent investigation into past and present allegations of child sex abuse involving its clergy, as well as members of religious orders, teachers and other people associated with the church, as political pressure grows to hold an inquiry.

The legal team will ‘open an independent channel’ to receive complaints, review the legal procedures to punish criminal practices and help the authorities to clarify the facts, the CEE Episcopal Conference, which groups Spain’s leading bishops, said in a statement.

The public announcement marks a departure from the previous position of the Episcopal Conference, which for years rejected the idea of taking a comprehensive approach to investigating sex abuse. It has still been met with skepticism by some victims who consider it misguided.

The law firm, Cremades & Calvo-Sotelo, would also ‘set up a protection system in line with society’s demands’, the statement said.

Cardinal Juan José Omella, the conference’s president, said the goal of the inquiry by the law firm ‘is the help and reparation of the victims, establishing new and additional channels to collaborate and denounce in addition to those existing in over 40 offices established by the Church’.

The inquiry aims to cover all abuse and is not limited to investigating only cases in a certain time period, according to Javier Cremades, the law firm’s founder. It is also meant to complement separate initiatives launched by Spanish authorities, he and Omella said.

Cremades said, as a faithful Catholic himself, he was both overwhelmed by the task and ‘convinced that the Church must go to the end, get to the bottom, investigate, beg for pardon, if it’s necessary, and rectify everything that is necessary’.

He said his firm would act pro-bono and only seek for the Episcopal Conference to pay logistical costs or the fees of external advisors.

Until now, there has never been an official investigation into alleged abuse by members of the clergy, not by Spain’s government nor by the Spanish church itself.

Earlier this month, Spanish Prime Minister Pedro Sánchez tasked the country’s ombudsman with the first official investigation into the depth of sexual abuse committed by the Catholic Church. The position of ombudsman is referred to as the ‘defensor del pueblo’ in Spanish.

The proposal of ombudsman Ángel Gabilondo to head the investigation came just a few days after Spanish MPs took the first step towards opening a parliamentary inquiry into the issue of sexual abuse in the church. ALSO READ: Spanish Congress backs move for inquiry into child abuse in Catholic Church.

In 2018, El País newspaper began investigating child sex abuse allegations in the church and has since received details of some 1,246 cases that allegedly took place between 1943 and 2018. The newspaper said it had uncovered potential abuse by 251 priests and some lay people from religious institutions.

The church itself, which has only recognised 220 cases during the past 20 years, has never held a comprehensive investigation, and had insisted that it has protocols in place to manage abuse allegations. The church said last month it would only set up commissions at diocese level to hear complaints from abuse victims.

The announcement that a law firm will carry out an independent inquiry comes as political pressure grows to open an investigation into child abuse by the clergy, with victims accusing the Church of stonewalling and denial.

The political impetus for an investigation came after high-profile Catalan writer Alejandro Palomas went public for the first time about being abused by a priest at his school when he was just eight years old. In an unusual step, Sánchez reached out to Palomas on Twitter and met with him several days later.

Pressure on the bishops to act has been growing as more victims have come forward publicly with their accounts of abuse. Spanish media have also revealed how the church’s hierarchy dismissed many of the allegations, ignored the victims and obstructed investigations, often moving such priests to new parishes or overseas missionary stints, where they could perpetuate their abuses.