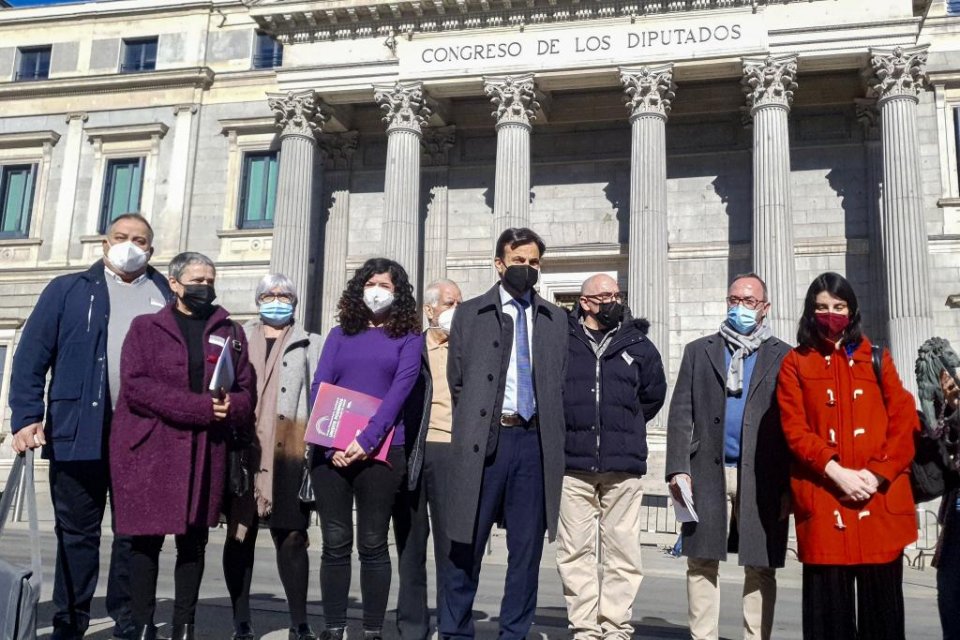 The Spanish Congress agreed on Tuesday to consider opening an inquiry into child sex abuse within the Catholic Church. Up to now, there has never been an official investigation by the Spanish government or church into alleged abuse by members of the clergy in Spain.

The executive body of the Congress said in a statement on Tuesday that it had approved the proposal. It will now need to be voted through by a simple majority of MPs, although a date has not yet been set for the vote.

The three parties had presented their petition for an inquiry last Thursday, after the negative response of the Spanish Bishops’ Conference to create one at a national level – and which follows an investigation carried out by El Pais newspaper that was handed to Pope Francis in December. The three political groups referred to the alleged abuse as ‘abominable events’, stating that they considered the efforts carried out so far by the Spanish Bishops’ Conference to be insufficient.

In 2018, El País began investigating child sex abuse allegations in the church and has since received details of some 1,246 cases that allegedly took place between 1943 and 2018. The newspaper said it had uncovered potential abuse by 251 priests and some lay people from religious institutions.

The church itself, which has only recognised 220 cases during the past 20 years, has never held a comprehensive investigation, and has insisted that it has protocols in place to manage abuse allegations. The church said last month it would set up commissions at diocese level to hear complaints from abuse victims.

However, following a meeting with Pope Francis, the Archbishop of Barcelona and president of the Spanish bishops, Cardinal Juan Jose Omella, said that he hoped to bring to light the abuses perpetrated by members of the Spanish clergy and by religious and lay people in church-related settings, but said that ‘for the moment’ the bishops had no plans to summon an independent commission.

Jaume Asens, speaking for Podemos after presenting the petition last Thursday, said that ‘these are abominable facts that not only question the victims, but also society as a civilisation in the face of the refusal of the leadership of the Spanish Church to obey the Pope’s recommendations in this matter’.

He accused the Spanish bishops of having ‘an obstructionist attitude’ towards an independent investigation to be carried out.

Asens claimed that the Bishops’ Conference ‘has turned a deaf ear, has looked the other way … the ecclesiastical leadership has not opened its archives, has not communicated data on the number of victims, has denied its responsibility, has trivialised the seriousness of these facts by talking about small cases’.

In January, Spain’s socialist Prime Minister Pedro Sánchez met with Cardinal Omella, and will also meet with abuse victims. The socialists in principle support the idea of a parliamentary inquiry, but have also suggested the idea of an independent commission of experts looking into the alleged abuses, as has happened in similar cases in Australia and the Netherlands.

The centre-right Ciudadanos (Cs) party also backs a parliamentary inquiry, but the main right-wing opposition People’s Party (PP) is opposed unless the initiative is broadened to look at ‘all institutions’ within Spain.

The far-right Vox party, Spain’s third-largest parliamentary force, is fiercely opposed to any such probe.

Sexual abuse scandals in the global Catholic Church first hit the headlines in 2002, when the The Boston Globe newspaper wrote a series of articles exposing an abuse of minors by clerics and a widespread culture of concealment within the Church. Since then, hundreds of thousands of cases have emerged around the world.

ALSO READ (6/9/19): Montserrat monk was a ‘sexual predator and paedophile’

Catalonia to re-open nightclubs from 11 Feb, without capacity or time restrictions

WHO reiterates that ‘plausible endgame for pandemic’ in sight for EU