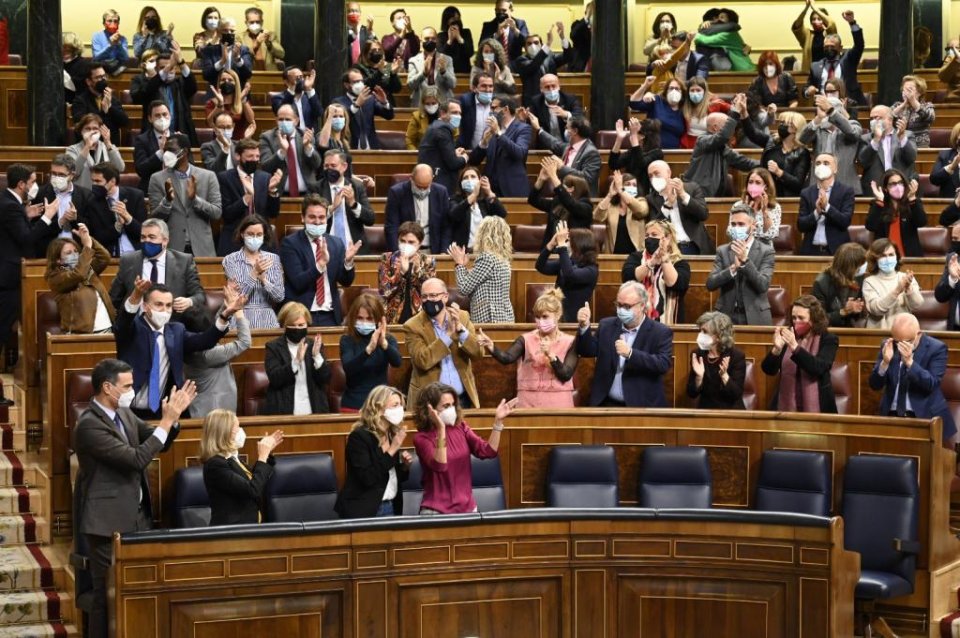 The Spanish Congress ratified on Thursday by a single vote made in error a landmark labour reform devised by the country’s PSOE socialist-led coalition government, unlocking billions of euros in European Union aid.

At the end of a chaotic vote, the measure was finally approved by a difference of one single vote after the president of the parliament, Meritxell Batet, had initially declared it defeated. The legislation only went through because a member of the right-wing People’s Party (PP), the main opposition group, appeared to mistakenly back the measure and was then not permitted to change his vote. He had been voting digitally from home.

The PP accused the socialist Batet of rigging the vote, blamed the parliament’s IT system for the error, and also said it ‘would make all the necessary complaints so that justice is done’.

Nine smaller parties joined the PSOE party and its left-wing junior coalition partner, Podemos, to vote in favour of the law approved by the cabinet at the end of December. ALSO READ: Spanish government secures its 2022 Budget, plus labour reform approval.

The cross-party support gave the bill a 175 to 174 victory over the mostly right-wing and far-right opposition parties. The minority coalition government controls just 155 of the 350 seats in the Spanish Congress.

The left-wing Catalan independence and Basque nationalist parties that have normally backed the PSOE–Podemos coalition up to now, finally baulked at the measure. The centre-right Ciudadanos (Cs) party, fighting for its own existence after a collapse in its vote in recent elections, voted in favour.

The historic labour reform was originally negotiated by Yolanda Díaz, Spain’s communist labour minister and the likely prime ministerial candidate in the next elections for Podemos since the departure of Pablo Iglesias.

The government negotiated the law with trade unions and employers, who both backed it. Its approval meets a commitment made by the government of Prime Minister Pedro Sánchez to the European Commission, enabling the eurozone’s fourth-largest economy to collect its next tranche of EU pandemic recovery funds. Having received €10bn at the end of last year, the country is due to request the next instalment of €14bn before April. ALSO READ: Sánchez: ‘Economic Recovery Plan most ambitious in Spain’s recent history’.

The main measures of the act are intended to cut the proportion of the Spanish workforce on temporary contracts, currently around 25% — by far the highest level in the EU bloc.

Labour reform has been a banner for Sánchez’s administration. It reverses some of the business-friendly regulations adopted in 2012 by a previous PP administration at the height of the sovereign debt crisis.

The new employment rules limit most temporary contracts to a maximum of three months and bring back collective bargaining with unions as the main way of negotiating pay and conditions.

Short-term and temporary job contracts are largely blamed for job insecurity in Spain, especially among young people who are also hit by high unemployment.