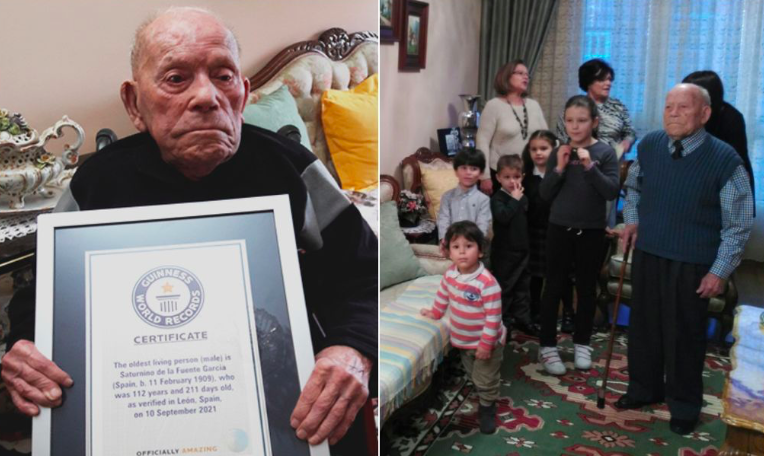 Saturnino de la Fuente, a Spaniard described by the Guinness World Records as the world’s oldest man, died on Tuesday at the age of 112 years and 341 days, the records agency said.

De la Fuente – also known as ‘El pepino’ – passed away at home in León in northwest Spain, it said. He would have celebrated his 113th birthday at the beginning of next month.

Guinness World Records named De la Fuente as the world’s oldest man in September, when he was 112 years and 211 days. It said he was born in the Puente Castro neighbourhood of León on 11 February 1909.

According to a report from the records agency, thanks to his short height (only 1.50m), De la Fuente avoided being enlisted into the 1936 Spanish Civil War and, instead, established a flourishing shoemaker business, starting to work in a shoe factory at age 13.

He survived the Spanish flu pandemic that broke out in 1918 and with his wife Antonina had seven daughters and one son, followed by 14 grandchildren and 22 great-grandchildren, it said.

Some sad news to bring you.

The world's oldest man, Saturnino de la Fuente García, has passed away at his home just weeks before his 113th birthday.